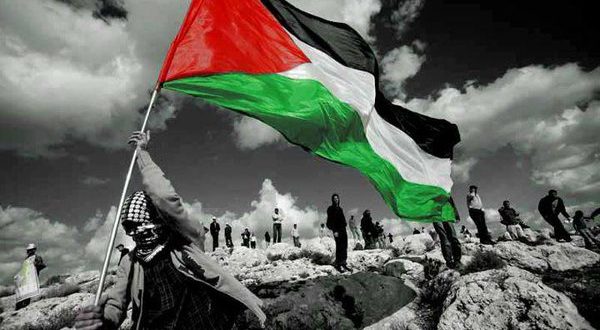 In the following month, Zionists and their sympathisers are celebrating 100 years since the Balfour Declaration was signed – a declaration that legitimised the oppression of the Palestinians. A declaration that essentially allowed the Zionist state of Israel to emerge on a land already belonging to Palestinians. A mere 67 words within a letter that eliminated the culture, history, and freedom belonging to the indigenous people of Palestine. There is not a single day that goes by where a Palestinian is left to live freely – children are followed by Israeli soldiers on their journeys to school, targeted, snatched from their parents and imprisoned. This is the stark reality – a reality purposely distorted by Zionist funded media outlets and international bodies.

What was the Balfour Declaration?

In simple terms, the Balfour Declaration was a statement issued by the British government during World War 1 that gave support to the Jewish community to essentially steal the land belonging to the Palestinians and call it “home.” The declaration was within a letter dated 2nd November 1917 from the foreign secretary of UK, Arthur Balfour to Lord Walter Rothschild – Rothschild was known to be a favoured leader of the Zionist Federation of Great Britain and Ireland.

“His Majesty’s government view with favour the establishment in Palestine of a national home for the Jewish people, and will use their best endeavours to facilitate the achievement of this object, it being clearly understood that nothing shall be done which may prejudice the civil and religious rights of existing non-Jewish communities in Palestine, or the rights and political status enjoyed by Jews in any other country. 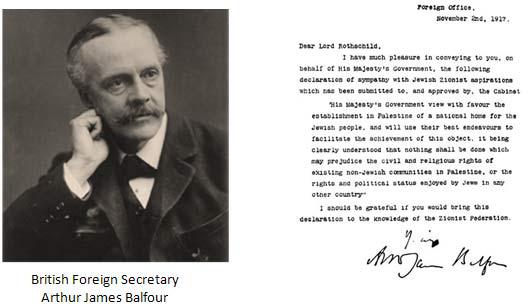 Retrospectively, the ghastly declaration led to heinous consequences that exist till present day. Balfour gave a green light to Israeli terrorism. Balfour authorised the murder of innocent civilians. The British government played a key role in perpetuating the atrocities against innocent Palestinians.

Earlier this year over 14,000 people signed a petition calling on the British goverment to apologise to the Palestinians and this was the response…

“The Balfour Declaration is an historic statement for which Her Majesty’s Government does not intend to apologize. We are proud of our role in creating the State of Israel.” [1]

So, 100 years have passed and the British Government is proud of having indigenous people ethnically cleansed from their own land. When you hear of Palestinian children being brutally attacked on their way to school, or Palestinian women being raped in the presence of their family members, or of Palestinian fathers being incarcerated or when you see images of dead Palestinian babies attacked by Israeli rockets – this is what Great Britain is “proud” of.

Theresa May, the British PM, has stated she wants Britain to celebrate the centenary of the Balfour declaration, but any human with a conscience should not only condemn May, but vow to stand in solidarity with the Palestinians until their rights and freedom are returned. This month especially, activists – regardless of faith and ideology, have a responsibility to be the voices for the voiceless, and under no circumstances should we feel the need to crack under pressure and ignore the struggle of the Palestinians to appease others. We can never forget the struggle.

100 years have passed and the vast majority of the global population have stood by silently allowing the Zionists to incarcerate, terrorise, target and murder the owners of the promised land. Although the declaration was signed by Britain, why did the entire world fail to condemn this? Bodies such as the UN have given Israel a platform, and media outlets and politicians ave strengthened their ties with Israeli politicians and personalities despite the violence and terror inflicted on Palestinians. Further to this, whilst Israel labels itself as the “only democracy in the Middle East” – let’s not be afraid to state the facts – that over 4.5 million Palestinians in the West Bank have no say in deciding which political party will come into power and control every single aspect of their lives – thus Israel is far from democratic.

The Supreme Leader of Iran, Ayatollah Sayed Ali Khamenei, has eloquently stated “Our standpoint is that Palestine belongs to the Palestinians and that continuing its occupation is a great and intolerable injustice and a major threat to global peace and security.” [2]

100 years may have passed and Israel may consider itself to be a powerful force, but the power of resistance is unimaginable and no force is greater than God.