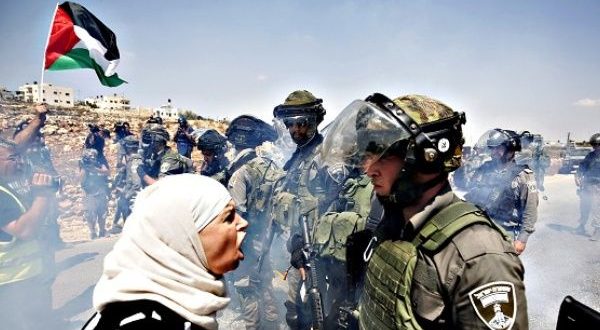 Now I do not want not get too caught up in definitions and interpretations of Zionism. However, it is important to acknowledge that Zionism, as described by Noam Chomsky, pre-state and post-state meant something different [1]. Therefore, this ideology of creating a state religion that demands its “right to exist,” in a land “divinely” promised, which by the way orthodox Jews may have a problem with [2], arguably only stems back from 1948. The Zionism we see today is based on a “modern movement, forged not by Biblical dreams but by a desperate desire to escape the consequences of anti-Semitism in decadent capitalist society.” [3]

A state that, according to founding father of Zionism Theodore Herzl, and member of the Jewish Agency for Palestine Rabbi Fischmann, would extend its rule from the River of Egypt up to the Euphrates [4]. Resulting in a state religion for the few instead of the many, or as Netanyahu describes Israel today “the nation-state of one people only – the Jewish people – and of no other people” [5].

The Islamic Ummah must remain vigilant, and it must not forget this duty.” Ayatollah Sayyid Ali Khamenei [6] 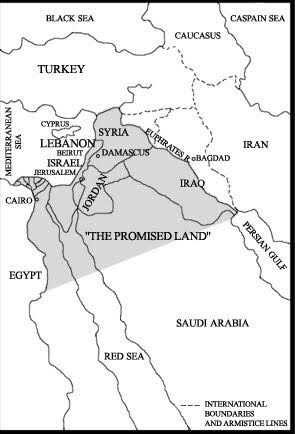 Life is constant battle and struggle, a journey that leads many to confusion and hopelessness. The reality is that an up-front adversary is rare nowadays, instead, without getting paranoid, we need to realise that there are people who wish you ill and operate indirectly. Your objective is to focus on an adversary, the same one that seeks to change our perception, values, and culture; penetrating our society [7] and conspiring to push us into the center – where everyone else is.

This serious blow, as described by Ayatollah Sayyid Ali Khamenei, can be materialised through a series of events, which have essentially crushed the paradoxes sought by imperialism that seeks to treat Palestine as a multifaceted and complex story, instead of a simple story of colonialism and dispossession. This is exactly how Zionism, as an ideology, sought and had impacted people’s lives on the ground. Hence, we can reassert “Zionism as colonialism,” not only because it best explains Israeli policies but also because it is consistent with the way early Zionist perceived their project and talked about it – le-hutnahel or le-hityashev.

Ilan Pappé mentions [9], that the Hebrew verb le-hutnahel or le-hityashev – meaning, “to settle,” “to colonise” – were used ever since 1882 by the Zionist movement and later the state of Israel to describe the takeover of land in Palestine.

The land laws of the State of Israel are apartheid laws”. Uri Davis [10]

The desire to turn Palestine into a pure ethnic space was and is at the heart if the conflict that has raged since 1882. Israel, and its 50 years of occupation abuses, never fails to shows oppression through repression, institutionalised discrimination, and systematic violations of the Palestinians on the basis of ethnicity, religion, and nationality.

Only a few are ready to speak up, as for the many in silence they remain in the face of this crime against humanity. In return, as Ilan Pappé describes it, we have transformed this ethnic cleansing into the ideological infrastructure on which the state of Israel was built. The same silence has led to massive expulsion of 750,000 people [11] (half of the region’s population), the destruction of more than five hundred villages, and the demolition of dozen towns in 1948. Doesn’t this mean anything to you?

When has breaking into people’s homes, subjecting them to torture, insult, and occupation been acceptable?

“If one has to refer to any of the parties as a terrorist state, one might refer to the Israeli government, because they are the people who are slaughtering defenceless and innocent Arabs in the occupied [Palestinian] territories, and we don’t regard that as acceptable.” (Nelson Mandela, 1990) [12]

Part 1 of this series can be read here