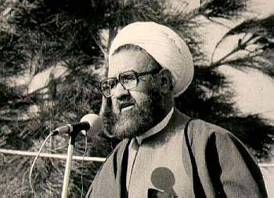 The most basic condition of soundness of heart is to be submissive to the truth.  Submission has three levels: submission of the body, submission of the intellect, and submission of the heart.
When two opponents face each other in combat and one of them feels likely to lose, he may surrender or submit to the other.  In such a surrender, normally the losing opponent puts his hands up as a sign of defeat and desists from fighting, coming under the sway of his opponent.  That is, he acts in accordance with whatever command his opponent gives.
In this type of submission, the body submits, but the mind and reason do not; instead, they are constantly thinking of rebellion, incessantly contemplating how to get a chance to overcome the opponent once again.  This is the state of his reason and thought, and as for his feelings and emotions, they too continuously denounce the enemy.  This type of submission – that of the body – is the most that can be achieved by force.
The next level of submission is the submission of the intellect and reason.  The power that can make the intellect submit is that of logic and reasoning.  Here, physical force can’t accomplish anything.  It is absolutely impossible through physical force to make a student understand that the sum of the angles of a triangle is equal to two right angles.  Mathematical propositions must be proven through reasoning and not through any other way.  The intellect is forced to submit through thinking and reasoning.  If sufficient proof exists and is presented to the intellect and the intellect understands it, it submits, even if all the powers of the world say not to submit.
It is well-known that when Galileo was tortured for his belief in the movement of the earth and centrality of the sun in the solar system, out of fear that they would burn him alive, he expressed repentance of his scientific view; in that condition, he wrote something on the ground.  It is said that he wrote, “Galileo’s repentance will not make the Earth stand still.”
Force can compel a person to recant his or her words, but the human intellect does not submit except when faced with logic and reasoning.

“O you who have faith! Enter into submission, all together, and do not follow in Satan’s steps.”
That is, your soul should not be at war with your intellect; your feelings should not be at war with your perceptions.
The story of Shaīťān (Satan) that has come in the Qur’ān is an example of unbelief of the heart, even though the intellect has submitted.  Shaīťān recognized God, believed in the Day of Judgement, completely recognized the Prophets and their legatees and admitted their position; at the same time, God calls him an unbeliever and says of him:

“And he was of the unbelievers.”

The evidence that, in the view of the Qur’ān, Shaīťān recognized God is that the Qur’ān explicitly says that he confessed that He is the Creator.  Addressing God, he said:

“You created me from fire, and You created him from clay.”
And the evidence that he believed in the Day of Judgement is that he said:

“Grant me reprieve until the day they are resurrected.”

And the evidence that he recognized the Prophets and infallibles is that he said:

“By Your might, I shall lead them all astray, except Your purified servants among them.”
The meaning of the purified servants, who are pure not just in their actions, but whose entire existence is purified and free of all except God, are the friends of God and the infallibles; Shaīťān recognized them, too, and believed in their infallibility.
The Qur’ān, while describing Shaīťān as knowing all these things, calls him an unbeliever.  Thus, we come to know that mere recognition and knowledge, or the submission of the intellect and mind, is not sufficient for a person to be considered a believer.  Something else is necessary as well.
In the Qur’ān’s logic, why has Shaīťān been regarded as an unbeliever in spite of all his knowledge?
Obviously, it is because while his perception accepted reality, his feelings rose to battle it; his heart rose against his intellect; he showed arrogance and refused to accept the truth: he lacked submission of the heart.
Source: Islam and Religious Pluralism