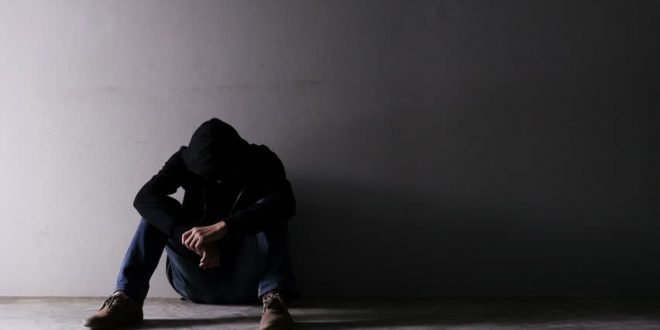 Lustful Challenges Against Youth, Part I

It’s time to point out the elephant in the room. Youth, especially boys, are now more than ever challenged with the task of taming their carnal desires. Courtesy of the hyper-sexualized world that we live in, carnal desires innate in every being becomes unearthed at an earlier age, and thus, they are either satiated unlawfully, or repressed difficultly. The purpose of this piece is not to present the alarming exposure youth have to pornographic material, rather, how to combat the urge to. As Muslims who believe in the detrimental spiritual consequences of pornographic addiction and its debasing manifestations (namely, masturbation), in addition to a hereafter where man will be held responsible for his actions, we must develop a strategy in attaining the reigns over our appetitive soul, lest we become enslaved by it.

Imam Ali ibn Abi Talib (ع): Beware of letting lustful desires overpower your hearts, for indeed its beginning is bondage and its end is destruction. [1]

If we genuinely desire for our communities to thrive, our youth to preserve their innocence, our boys to remain pure, and our girls chaste, we must have public dialogue, with caring hearts and a non-judgmental approach, on how our youth ought to control their carnal desires. Such a dialogue can focus on the personal, parental, communal or societal aspect of confronting such a problem.

In order to abstain from unlawful fulfillments of our lustful inclinations, we must first understand the source of such inclinations, and how to minimize its provoking. For this, we will rely on the following epic narrated by Jalāl ad-Dīn Muhammad Rūmī, in his Masnavi:

There was once a man in Iraq who decided to go into the cold and snowy mountains in search of a snake. He wanted to display the snake to the townspeople and thereby raise a few coppers from the incredulous crowd.

Foolish man that he was, he searched through the mountains and lo and behold! He found a terrible and fierce-looking dragon who seemed quite dead from the cold. He bundled up the creature in a cloth and tied it up with string, and carried it down to the town.

“See!” he cried out to the townspeople, “See what I have brought, with great difficulty and much searching, from the mountains! Come and see this terrible and fierce-looking dragon, whom I have killed!”

The townspeople came from near and far to behold such a sight. They rallied around the dragon, and the crowd grew so thick that people jostled against one another, all craning their necks to catch a glimpse of this fierce and terrible dead dragon.

In the town, the sun grew stronger and by the warmth of its rays, the dragon began to emerge slowly from its frozen state. As it warmed, life revived in the dragon, who had not been dead at all but merely frozen beyond outwardly movement. Soon it burst forth from the cloth and string that had been tied around it.

The townspeople were filled with terror at the sight of the fierce dragon, come back from the dead as it were, and ran away from it in panic, crushing each other as they fled.

The dragon, mighty serpent that it was, devoured whoever was in its path, and finding a pillar, entwined itself around it, eating alive the man who thought he had easily captured a terrible and fierce-looking dragon.

And thus ends the story of the snake-catcher and the serpent. [2]

In narrating this story, Rumi relates it to man’s dilemma with controlling his soul (نَفْس). In his epic, the sun symbolizes the temptations man’s soul is provoked by, and the dragon/serpent symbolizes our nafs; awaiting a tempting stimulus to trigger its destructive rebellion. Our lustful tendencies can be described as such too. That which triggers our lustful tendencies can be through our senses and our thoughts/imaginations. Triggering through our senses can be categorized by every individual sense (what we see, taste, smell, hear and touch). As we live in the West, in which the normative immodest dress code for men and women couldn’t be any further from that which Islam prescribes, the dominant means of provoking of man’s carnal desires occurs through what he sees and sets his gaze upon.

The eyes, with what it sets upon, writes, in a figurative sense, on one’s heart. The inclinations, desires and thoughts of one is to an extent dictated by what his eyes see. For this reason, guarding what shines upon our nafs through the means of our eyes becomes of utmost importance for he who strives to control his lustful inclinations. So far, an introduction to the topic at hand has been made. A following piece will be dedicated to discussing practical means of minimizing ones lustful inclinations.