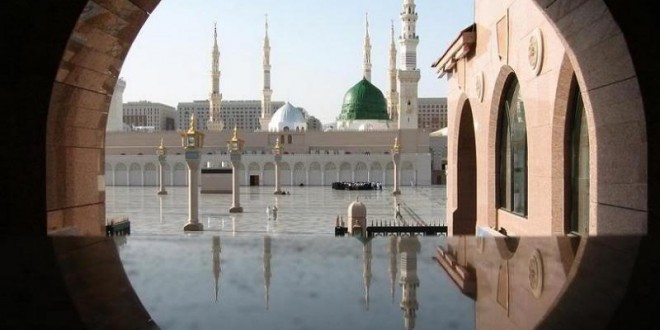 Mercy to the Universe

Upon hearing about the films maligning Prophet Muhammmad (S), my first response was to surround myself with English, Arabic and Urdu songs trumpeting praises of him, hoping to drown out the hurt, humiliation and disgust I felt about attempts to ridicule the one whom God and His angels send blessings on continuously.

As our television screens displayed all weekend long, this news elicited strong responses* from Muslims around the world already infuriated with the West for systematically destroying Muslim lands through years of multiple wars, drone attacks and the propping up of brutal dictators.

But we cannot leave it at emotional reactions only. To truly follow his example, we have to take our love for the Prophet (S) to the intellectual playing field, where we share in peace the splendor of this “Mercy to the Universe” and elevate public discourse by ensuring all religions and personalities are protected from assaults like these in the future.

“I fear that with the current approach, as in previous occasions, we will burst out in anger for a few days and everything will be forgotten in a month,” said Sayed Samir Al-Haidari of the AhlulBayt Islamic Mission in London. “If Muslims actually pursued their responsibilities in a more intelligent way, we would have far more effective results.”

Prophet Muhammad (S): “Since mankind seeks to come near to their Creator through all kinds of piety, bring yourself close to Him through activities of the intellect, so that you may arrive there before all of them.”

Aql, or the intellect in Arabic, was the first thing God created and is the highest plane of man, encompassing reason and logic and rising above the ego. It must be engaged to come to what is correct because scholars say it connects man to that truth that flows from God and provides keys to all knowledge and truth.

“Islam lays a great emphasis on knowledge and intellect so much so that it considers intellect as an inner Prophet and as such has determined rewards and punishments on the basis of intellect,” says scholar Muhsin Qara’ati.

According to the Quran, only those willing to exercise their intellect can reach enlightenment.

God: “Among them are some who listen (with their physical ears) to you (O Prophet). But can you make the (mentally) deaf to hear (with the ears of their hearts), considering that they do not reason?” (Quran 10:42)

When Fatima, the daughter of the Prophet (S) and one of the four perfect women of all times, was upset with events unfolding around her, she based her arguments on logic and reason: “I say not what I say mistakenly, nor do I do what I do aimlessly.”

Indeed, some have already embarked on that intellectual path.

“Muslims in the West have a far more important role to play than those in the Middle East regarding how to deal with the response to the anti-Islam films,” said Al-Haidari.

Ayatullah Baqir-al-Sadr, during the final days of his last Ramadhan, gave a powerful speech to …