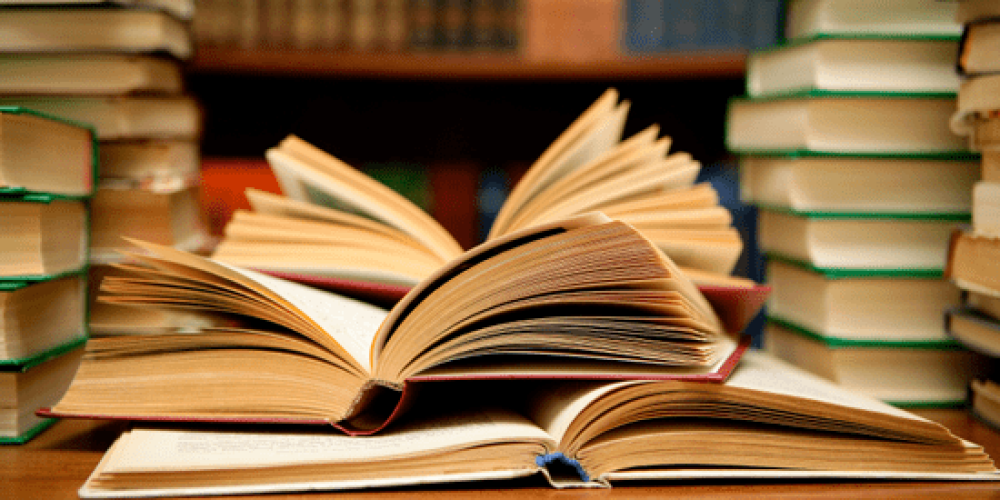 Merits of the Soul: Pursuit of Knowledge 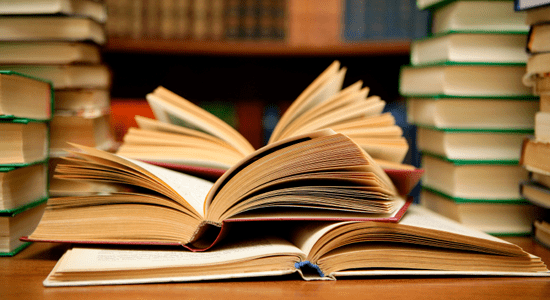 ..And fear God, (so that) He will teach you… (Holy Qur’an, 2: 282)
The Holy Prophet (s) of Islam said: “Seeking knowledge is incumbent upon every Muslim, male and female.”
[Al-Majlisi Bihar al-Anwar, vol. 1. p. 177]
According to the teachings of Islam, seeking knowledge is one of the great acts of worship that leads one to the path of Paradise. However, the aim behind seeking knowledge is more important than the knowledge itself. Seeking true knowledge with a divine aim, for the pleasure of God and serving His creatures, leads one to Paradise in the company of Prophets and Awliya. But seeking knowledge for personal, mundane, or worldly motives leads a person to ignorance, sins against the creatures of God, and ultimately, Hell.

The Reality of Knowledge

• Prophet Muhammad (s) said: “Knowledge is not (acquired) through extensive learning. Rather, it is the light that God sends in the heart of whomever He wishes to guide.”
[Al-Majlisi, Bihar al‑Anwar, vol. 67, p. 140]
• All branches of knowledge, irrespective of their nature, can be divided into two broad categories:
(1) The sciences of the Hereafter, whose ultimate purpose is to achieve higher stations near to God, to serve the creatures of God, and to attain the rewards of Hereafter.
(2) The worldly sciences, whose ulti­mate purpose is to pursue materialistic aims, wealth, social status, and the satisfaction of egoistic and selfish motives. Thus, it is the intention behind acquiring knowledge that makes it either worldly or for hereafter.
• Every soul that continues to purify itself of evil tendencies and self-love receives angelic inspirations. The knowledge it then acquires is the true, godly knowledge because it guides him to perform virtuous deeds and leads him towards the nearness of God. This real knowledge is the guiding spiritual lamp that shows him the straight path to God and to the abode of His bliss.
• A soul that is predominated by self-love and evil tendencies receives inspirations that are satanic in character, leading it to compound ignorance (i.e. to be ignorant and be ignorant of one’s ignorance) and obscuring veils that make it blind to the realities of the Divine purpose of creation, the essence of God, and the life of Hereafter. Thus, whatever knowledge it acquires directs it to pursue worldly aims, selfish motives, and evil actions, ultimately leading it to Hell.
• Prophet Muhammad (s) said “Verily knowledge consists of these three: the ‘firm sign’, the ‘just duty’ and the ‘established sunnah (method)’. All else is superfluous.”
[Al‑Kulayni, al‑Kafi, vol. 1, “kitab fadl al‑’ilm”, “bab sifat al‑’ilm wa fadluh”, hadith #1]
• The expression `firm sign’ implies the rational sciences, the true doctrines, and divine teachings. `Just duty’ implies the science of ethics and self‑purification. `Established sunnah’ refers to the sciences with materialistic aspects and involving some kind of physical activity. At times, acquiring knowledge becomes `just duty’ and at other times an `established sunnah’.
• The sciences of medicine, anatomy, astronomy, astrology etc. when looked upon as divine signs and symbols, and the sciences related to history and civilizations, when looked upon as a means for drawing lesson and admonition, are included in the category of the `firm sign’, because by their means the knowledge of God or the knowledge of resurrection is attained or confirmed.

The Merits of Pursuing True Knowledge

• Prophet Muhammad (s) said: ‘One who proceeds on a path in the pursuit of knowledge, God makes him proceed therewith on a path to the Garden (Paradise). And, verily, the angels spread their wings for the seekers of knowledge out of delight. Verily, every creature of the heaven and the earth asks forgiveness for the seeker of knowledge, even the fish in the sea. The merit of the `alim (the learned) over the ‘abid (the devout) is like the merit of the moon over the stars on a full‑moon night. The learned are the heirs of the prophets, for the prophets did not leave behind a legacy of wealth but that of knowledge. So whoever partakes of it derives copious benefit.'”
[Al‑Kulayni, al‑Kafi, vol. 1, kitab fadl al‑’ilm, hadith # 1]

• Knowledge, when acquired with pure, selfless and godly intentions, transforms the personality of a person into a heavenly being. Such a knowledgeable person becomes the embodiment of divinely inspired attributes and his character, words and actions manifest them.
• Imam Ali (a) used to say: ‘O seeker of knowledge, knowledge has many merits. (If you imagine it to be a human being then) its head is humbleness, its eye is freedom from envy, its ear is understanding, its tongue is truthfulness, its memory is research, its heart is good intention, its intellect is the knowledge (ma`rifah) of things and matters, its hand is compassion, its foot is visiting the learned, its resolution is integrity, its wisdom is piety, its abode is salvation, its helmsman is well-being, its mount is faithfulness, its weapon is softness of speech, its sword is satisfaction (ridha), its bow is tolerance, its army is discussion with the learned, its wealth are refined manners, its stock is abstinence from sins, its provision for journey is virtue, its drinking water is gentleness, its guide is Divine guidance, and its companion is the love of the elect.”
[Al‑Kulayni, al-Kafi, kitab fadl al-‘ilm, bab al‑nawadir, hadith # 3]
• The Prophet of God (s) was asked: “What is Knowledge?” He replied: “To keep silent”. He was asked: “Then?” He said: “To listen attentively.” He was asked: “Then?” He said: “To remember.”He was asked: “Then?” He said: “To act upon (what is learned).” He was asked: “Then?” He said: “To propagate.”
[Al-Majlisi, Bihar al-Anwar, vol. 2, p. 28]
• Imam Ali (a) used to say: “There are three signs of a knowledgeable person: “Knowledge, Forbearance and Silence”.
[Ibid, vol. 2, p. 59]

Forbidden to Seek Knowledge for…

According to the teachings of the Ahlul Bayt (a) of the Prophet (s), it is forbidden to acquire knowledge for worldly or selfish aims.
Imam Ali (a) said: “Do not seek knowledge for four aims:
(1) Self-glorification in front of people of knowledge
(2) Quarrelling with the ignorant
(3) Showing off in gatherings of people
(4) Attracting attention of people in order to secure an office of authority.”
[Al-Majlisi, Bihar al-Anwar, vol. 2, p. 31]

The Essentials of Acquiring Knowledge

• A person aspiring to seek knowledge should, as a first step, undergo spiritual purification, instil taqwa(fear of God) in his soul, free himself of bad intentions and worldly motives, and regularly assess himself to check whether his knowledge is being acquired for worldly aims. One must also remember that the fear of God is the specific characteristic of an ‘alim (one who possesses knowledge) and any one who does not possess the fear of God is outside the ranks of the knowledgeable, no matter how much one has memorized or how impressive one is at speech.
• At each step of pursuing knowledge, you should meditate and think deeply as to what is your primaryintention behind seeking knowledge. Ask yourself: Why am I acquiring knowledge? Is it to secure a better job position, to compete with a colleague or a group, to earn awards, a degree, or social status? If you are pursuing higher education, are you seeking it only for writing books and papers and making public speeches so as to be praised as a man or woman of knowledge? Or for the sake of the pleasure of God and to serve His creatures?
• The knowledge that you acquire should guide you to be more virtuous, perform sincere actions and make you love and fear God more as you progress. Knowledge that doesn’t lead one to perform good actions is not true knowledge. Knowledge that is limited to words and devoid of practical applications to serve creatures of God is the lowest level of knowledge and is lost with time.
• Observe your behaviour as you acquire knowledge. Does it make you more humble and forbearing towards your friends and colleagues? Or does it lead you to become arrogant, proud and argumentative? Does it make difficult for you to accept truth and admit your ignorance in a gathering? Does it make you jealous towards those who posses more knowledge then you? Remember that egoism gets dissolved and obliterated in true knowledge and the behavioural sign of true knowledge is that it is utterly devoid of egoism, vanity, self-love and arrogance.
• While pursuing the path of knowledge, always trust God, respect your teacher, and never feel shy to acquire knowledge even from a junior. Revise and think over whatever you have learned. Always pray to God to help you with His divine mercy and inspire you with good ideas, and to protect you from using the knowledge you acquire for worldly and selfish motives.

• Imam Ali (a) said: “A person setting forth for the acquisition of knowledge is like the one who struggles in the way of God.”
[Al-Majlisi, Bihar al‑Anwar, vol. 1, p. 179]
Source: Al Islam