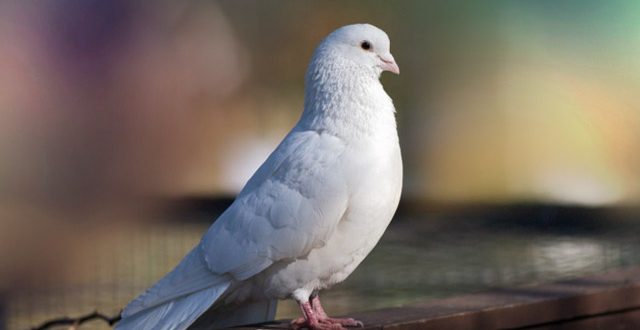 The Miracles of Prophet Jesus (pbuh)

Prophet Jesus like many other Prophets had proved the authenticity of his mission by miracles he demonstrated with the Permission of God.

The wonders performed by the Prophets that we call ‘Miracles’ are referred to in the Quran (3:49, 5:114) and the Bible (Act2:43) as ‘The Sign of God’, because it verifies and confirms the claim of the Prophets. Miracles also mean ‘Wonders’because they made the observers marvel.

In Arabic, a miracle is called ‘Al-Mo’jezah’ which means an act that humans are incapable of doing. No human including the Prophets could ever perform the miracles independently and without the Leave of God. The holy Quran in a general rule states that no miracle can ever take place without the Permission of God.

The purpose of demonstrating the miracles was mainly for people to be able to verify and confirm the claim of the Prophets and to increase their faith. Thus, Jesus after performing miracles said to his people:

The Jewish people at the time of Jesus were also of the opinion that miracles are the works of the Prophets by the Leave of God. Thus, Nicodemus, a Pharisee and a member of the Sanhedrin who, while visiting Jesus by night for learning more of his teachings, said to him:

“Rabbi, we know that you are a teacher who has come from God; for no one can work the Signs you work unless God is with him.” (John 3:1-3)

Similarly, according with the Gospel of John, when Jesus miraculously fed five thousand people with a little food, people who saw that Sign said:

Also, the amazing miracle of the conversion of Moses’ stick to a serpent is mentioned in the Quran.

Regarding the miracle of Prophet Yusuf (a.s), the holy Quran narrates that he said to his brothers:

“Go with this shirt of mine, and cast it over the face of my father, he will become clear-sighted.” (12:93)

Interestingly, this phrase is repeated six times in the Quran only regarding the miracles of Jesus. Even in one Ayah (3:49) two miracles are related to Jesus and as such the phrase ‘By the Leave of God’ is repeated twice. Why? This is because the Almighty God aims at correcting the false and blasphemous dogma of the Trinity.

Traditional Christians say: “One way to establish Jesus’ deity and son-ship to God is by the miracles he performed. Jesus’ life was characterized by undeniable miracles. He was born of Virgin Mary, was resurrected and ascended to heaven. He also performed many miracles. A miracle is the act of God. Thus, Jesus had power over nature. This upholds the belief that Jesus is “The son of God!”

Many modern Christian scholars on the other hand are very sceptical about any miracle related to Jesus. The Jews also regarded him no more than a magician. The holy Quran, whilst acknowledging the miracles of Jesus, emphasizes that they all occurred ‘By the Permission of God’.

It is narrated from Imam Sadiq (a.s) that Jesus was once on the peak of a mountain called ‘Ariha’. Satan appeared to him in the form of the King of Palestine and said to him: “O Ruhullah! You revived the dead and healed those born blind and cleaned the lepers. Can you drop yourself down from the mountain without being hurt? Jesus replied: “I was given Permission for those miracles and for this I do not have the Permission.”

The Gospel according with John also quoting from Jesus regarding the healing of the man who had suffered from an infirmity for 38 years, states that Jesus could do nothing independently. (John 5:30)

If Jesus be the son of God because of the miracles he performed, then Moses must have been the son of God before him, and so are Abraham, Jacob, Muhammad and all other Prophets peace be upon them.

Thus, according with the sublime teachings of the Quran performing miracles is a sign of being a Messenger of God not of being God or son of God! The Holy Quran has narrated six different types of miracles performed by Prophet Jesus, all by the Leave of God.

1. Speaking in the crib

Before a human baby learns how to talk, he must learn the rules of language and how adults use it to communicate. He begins with babbling, then will pick up some simple words from his mum and those around him, and then between the age of one or two years he will begin to from two to three word sentences. This is a normal development of the human ability of speaking.

The first miracle of Prophet Jesus was demonstrated when he was only a few days or even few hours old. When he was just a new born babe in the crib he fluently spoke out and introduced himself. (19:30-33)

The purpose of this miracle was to safeguard Mary from false charges. Without this miracle, Mary would have been persecuted for adultery. It is, however, astonishing that none of the Gospels have narrated such an important and vital miracle.

Creation is the marvellous act of God. The Almighty God in the holy Quran refers to the creation of man:

Another miracle related to Jesus in the Quran is the creation of a living bird out of clay.

Referring to the above Ayah, some Christian evangelists attempt to confirm the divinity of Jesus according with the Quran! The main point they miss or ignore is ‘By Allah’s Leave’. None of the creatures of God can create anything without his Leave.

“Those whom they invoke besides Allah have not created anything, but are themselves created.” (16:20)

3. Bringing the dead to life

The act of causing living creatures to die or reviving the dead to life is a divine act. The Almighty God reveals in the holy Quran:

One of the miracles of Jesus was that he was, by permission from God, bringing the dead to life. (3:49) The holy Quran does not give the details of the person/persons that Jesus brought back to life. The present Gospels however have recorded some dead people whom Jesus revived such as Lazarus (John 11:1-44). For Christians, the reviving of the dead is considered one of the greatest miracles demonstrated by Jesus. They count on this miracle as one of the signs for his deity.

We however, need to bear in mind that firstly the miracles of Jesus were performed by the Leave of God and secondly according with the Old Testament Prophet Elijah also revived the dead by the Permission of God. (1 Kings 17: 2-24). If reviving a dead to life makes the actor god or son of god, then why can’t Elijah also be the same?

4. Healing the terminally ill and those born blind

Jesus was healing those born blind and the lepers too as indicated in the holy Quran. (3:49) Christians argue that in the Old Testament it is God Himself Who is associated with the giving of sight to the blind. (Ex. 4:11). Thus, they conclude, Jesus is god! The answer to this is that neither Jesus nor any other person can ever perform any miracle without the Leave of God and hence the miracles of Jesus are in fact the intervention of God through His selected servant, i.e. Jesus.

The holy Quran narrates another miracle that Jesus performed by God`s permission, which is related to the scope of human knowledge. Jesus was informing people about those things which were secret to other than them, such as what they ate at home and what they had hidden there. (3:49) Although man in an ordinary manner has no access to the unseen, God chooses to unveil the secrets and the unseen to some of His servants.

Jesus was a chosen Messenger of God and hence God revealed to him the secrets.

6. A table spread with food from heaven

Prophet Jesus performed a miracle exclusively for his disciples when they were wandering with him on the earth preaching his teachings. Once they ran out of food and asked Jesus: “Can your Lord send down to us a table spread with food from heaven?” Jesus, who was not sure about their intention, refused to perform the miracle and advised them: “Fear Allah if you are indeed believers.”

They explained that they had no intention for this request but “To eat thereof and satisfy our hearts to be stronger in faith, and to know that you have indeed told the truth and that we ourselves be its witnesses.”

Once Jesus was assured of their sincere intention he invoked to God saying: “O Allah, Our Lord! Send us from the heaven a table spread (with food) that there may be for us –for the first and the last of us- an Eid and a Sign from You; and provide us with sustenance, for You are the Best of sustains.”

The fifth chapter of the Quran is named after this miracle ‘al-Ma’edah’ and its story is mentioned in Ayaat 112 to 114. The holy Quran, as of its usual style, does not mention the details of the story. According with a Hadith from Imam Baqir (a.s) their heavenly food was bread and fish.

7. Prophecy of the coming of Ahmad

I shall deal with this miracle in chapter seven.

The Miracles of Jesus in the Gospels

The four Gospels recorded about 35 separate miracles Jesus performed. The Bible, distorted as it is, has narrated in the Gospel of John (chapter 2) that the conversion of twenty to thirty gallons of water into wine at a wedding was the first miracle performed by this great Messenger of God! Undoubtedly a religion where its leader converts water into wine, will serve wine as part of their religious service! According with the sublime and rational teachings of the holy Quran,

“All intoxicants are an abomination, the Satan’s handiwork”. (5:90)

Thus, the finger print of Satan is so obvious in the narration of John. The compilers of the Gospels exaggerated so much about the number of miracles performed by Jesus that it was as if all the people in his area were born blind, deaf and lepers, and Jesus had no mission other than to heal them all. John at the end of his Gospel says that if all the miracles of Jesus were described in detail, he supposed the world itself would not have room for the books that would have be written!