There has been a lot of controversy around British Prime Minister David Cameron’s recent decision to pump 20 million pounds in to English lessons for Muslim women living in Britain. In conversation, David Cameron said he feels learning English will help tackle the “traditional submissiveness of Muslim women”and in doing so, will allow Muslim women to challenge any radicalisation taking place amongst children.

The author of the highly popular novel ‘Love in a Headscarf’ Shelina Janmohamed, along with hundreds of other women across the UK, was personally offended by this portrayal and came up with the hashtag #TraditionallySubmissive to tweet professions, hobbies and views in order to counter act the view that Muslim women are somewhat passive and unable to express their opinions.

Dr Sukaina Hirji, who has been working hard to drum up support for the Twitter campaign, explained

‘I and many others have been extremely hurt by David Cameron’s article in The Times earlier this week, specifically (and incorrectly) targeting Muslim women’s apparent inability to speak the English language and loosely linking this to Radicalisation (multifactorial causes) and Female Genital Mutilation (cultural practice).’

The Twitter storm using the hashtag #TraditionallySubmissive will run from 6-9PM GMT on Sunday 24th January). 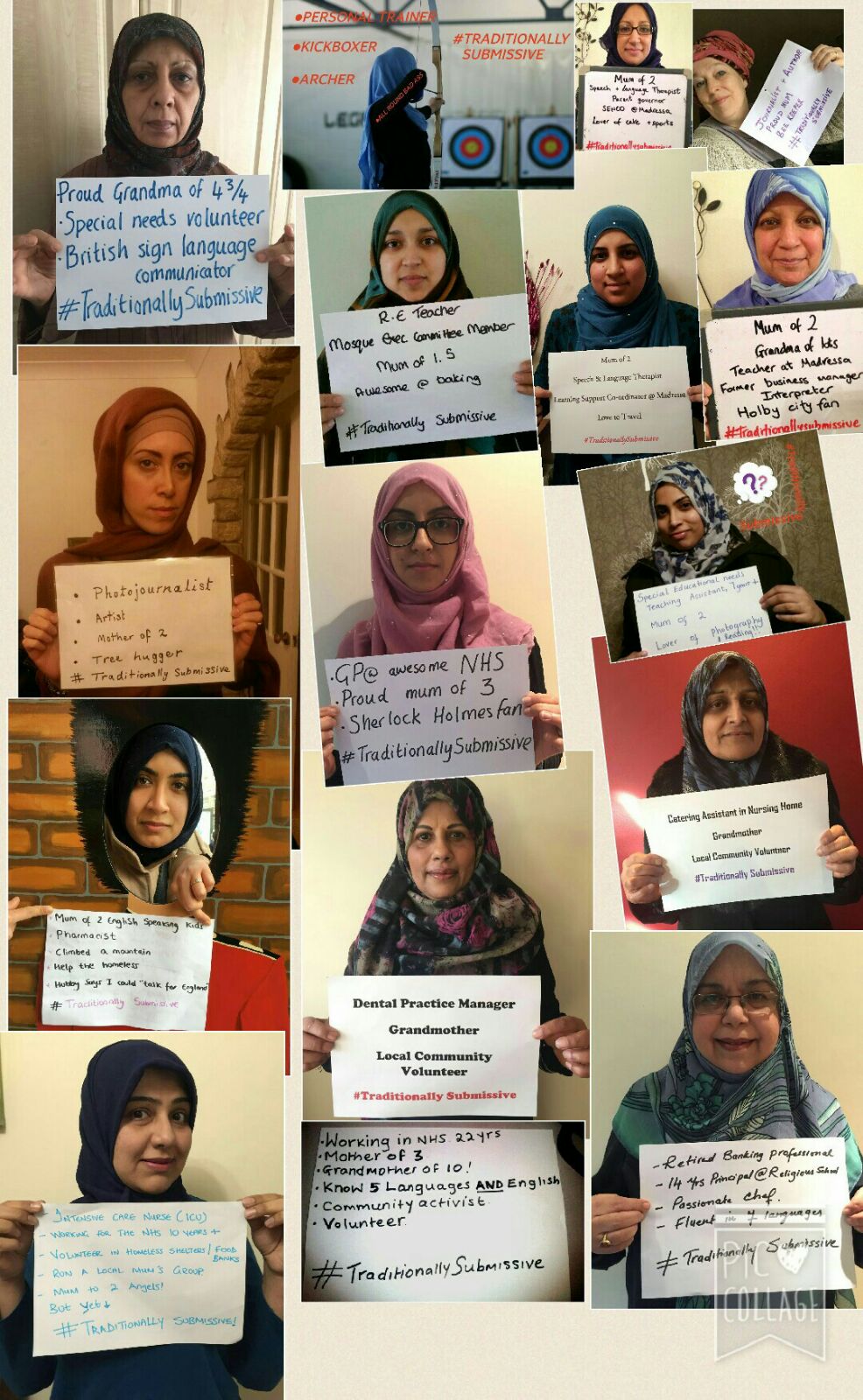