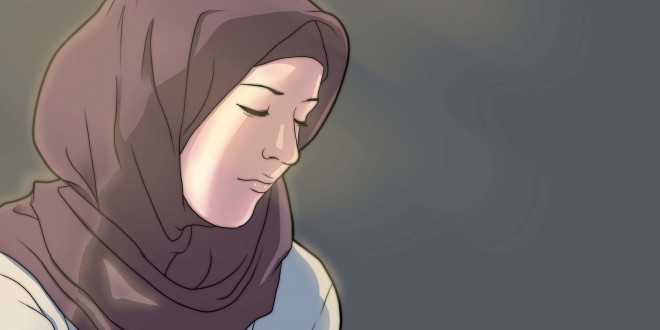 Hijab… A covering. A piece of cloth, a sense of protection.  But what does it mean to me personally?

I’ve had non-Muslims asking me constantly why I wear it, whether or not I feel hot wearing a veil in the hot weather, why I don’t dress up like the others.

The thing is, I have observed other Muslim girls, some of them find it difficult to wear the hijab anymore when they have moved out of home and are now studying abroad because it really sets them apart from the rest, and makes one feel a little awkward, some to the point that they discarded wearing the hijab at all, since they had no family surrounding them to say anything to them.

And that to me was the problem. The fact that some of these young girls were wearing the hijab because of a cultural reason, and not a religious one. They wore it because mom and dad told them to, and because their Muslim friends a mosque did that, so it was a cultural practice that made them do so, and now that they were far away from their comfort zone, away from their family and friends, it became more tough to wear the hijab, because they got lost in the way, the reason for wearing it got blurred.

That makes me think about why I am still wearing it. There are a lot of times I feel awkward and out of place, when I walk into the university hall with around 100 students and I’m the only one covered in a scarf.  It is difficult and I’m not going to deny it, but you know what would be more difficult for me? To be uncovered in the presence of strange men all around me in public places, that would be way more uncomfortable and awkward. I don’t want any random guy on the street ogling at me as a piece of meat. I’m worth way more than that, and that’s where hijab comes in. The hijab protects me from all that, it protects me from strange glances that I have seen being given to some of my school mates and the catcalling and rude remarks that they have tolerated because of what they were wearing, and I certainly do not want that to happen to me.

I remember a time when I had been discussing religion with a Danish  agnostic friend who didn’t know much about Islam for a few weeks and I was awaiting the question about why I wear the headscarf but my friend never asked me about it until I asked him why he hadn’t wondered as to why  I wear the hijab. And the reply he gave me was the best I could ever get and eventually with time, became the reply I would give to other non-Muslims who would inquire the reason I veiled myself. He told me “I know why you wear it, you are wearing it because you don’t want people to judge you by the way you look and your body but based on your personality and intellect and who you are.”

And that, was the best reply I’ve ever heard by a non-muslim regarding my hijab.  I did not wear my hijab because of a cultural practice, or because my family told me to do so, I wore it because of myself.  I wear it today and every day when I go to university, with my loose tops and unshapely trousers because I am proud to wear it. It gives me not only this protective cover that makes me feel secure, but it literally boost my confidence as well. I feel that no one is allowed to look at me in a perverted manner because  I do not permit them to do so, I have the power to control how a person gazes at me, and I will not be judged by my body or looked at as a sexually objectified “thing” but rather like a human being with a strong personality and intellect and that’s what I love about my hijab, and it is seriously the best thing that ever happened to me, it’s the best gift bestowed upon me and I am in love with it completely.

1. The term  Bulūgh in Arabic refers to a person who has reached maturity or puberty

This article was written by Sister Zeynab Ladak