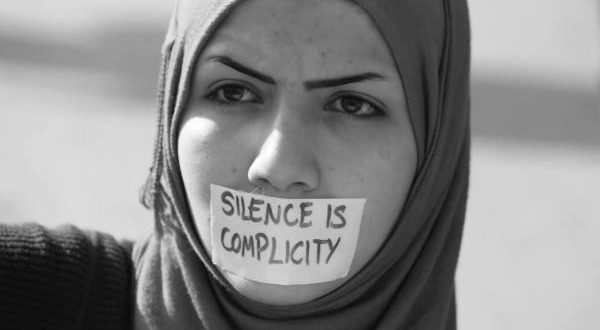 I want to take a brief moment today to tell you about just 5 Muslim women, from the earliest years of Islam and what they teach us about our worth and our potential.

These are, of course universal lessons, for all women and men. But I think it is particularly important for people, especially non-Muslims, to understand what Muslim women are really taught and who their role models really are.

The Prophet’s wife, Khadija proposed to him, was older than him and was the most prominent entrepreneur of her time. She was a rich and successful businesswoman (far richer and more prominent than him). Their monogamous marriage was filled with love and respect. It was Khadijah – a woman – who was the first person to confirm Muhammad’s prophethood. Yes, the first Muslim was a woman.

The lineage of the Prophet is also through a woman; His daughter, Fatimah. Fittingly for International Women’s Day, it is also her birthday today.

Muslim women fought on the front lines. Like Nusayba who fought fiercely in the battle of Uhud, alongside the Prophet.

The first martyr of Islam was also a woman. When the Prophet Muhammad first began to preach publicly, there was quickly an active persecution of the small Muslim community. Summayah and her family were targeted. She was tied up, beaten and stabbed to death when she refused to recant her faith.

Women took leading roles in standing up against tyranny – even when the other side were Muslims themselves. Just five decades after the Prophet’s death and Muslim leadership had fallen in to corrupt hands. The barbaric and tyrannical ruler of the time, Yazid, surrounded and slaughtered the men and boys of the Prophet’s family. He stripped the women of their veils and paraded them in his court. Including the granddaughter of the Prophet, Zainab, who stood up against him and started recounting what had happened to the masses, turning them against him.

This is womanhood in Islam. This is what Islam teaches us as women. Work. Be successful. Be bosses. Don’t wait around for marriage and a man to provide for you. You can take the lead (or make the first move!) and don’t need to conform to societies restrictions on age, social status or gender roles. Fight. Be political. Stand up. On issues including injustice within the Muslim community. Be heard. Be leaders.

The Quran is not a soft bedtime story or a simple book filled with inspirational quotes. It’s a difficult academic text. In this day and age, a book called “The Secret” can become a best seller, but people still seem to struggle with the fact that The Quran can be a multifaceted text; that it can hold secrets that need to be delved in to, not scan read on the surface. It covers history and the modern day; legality and spirituality. I don’t think its always an easy read.

But it can be very clear where it is setting its pillars;

The foundational tenant is that in the eyes of God, men and women are equal. Everything else is what we build from that. If it doesn’t match; if its unjust, if it is oppressive, then it is cannot be in line with the true foundational meaning (so far-right troll please spare me your selected quotes cherry-picked from an alt-right website. Spare me your comment that “you have read the Quran”. That means nothing.)

It is not to say that in this globalised (and often Western-centric) world, the discussion is easy. This might be a debate about the definition of equality; or the difference between equality and equilibrium. It might be discussions about different socio-cultural understandings of the term, where there can be space for respectful differences and where red lines have to be drawn (and whose red lines trump whose). Or it might be the fight against a misogyny and patriarchy that has seeped in to the fabric and is being called “foundational” when it is not.

As women, these challenges and debates should sound familiar – whether you are Muslim or not.

Societies and cultures and histories have universally had to struggle with the imbalance and the tyranny caused by bad and powerful men.

Today, different societies and cultures are continuing to confront that in ways that make sense to them.

Far too often, the additional pressure women of colour and Muslim face (or the double discrimination women who are both face) is not taken in to account. Global political paradigms and discrimination is not facilitated. We can feel suffocated by the same movements that say they are giving us room to breathe.

When it comes to Islam, don’t shut out the voices of the hundreds of millions of Muslim women – who have the agency to choose their religion, their dress and their beliefs. Who say that Islam is not the problem. Even if a lot of times Muslims are.

Rights for and of women won’t come when a specific group of women with a specific view win a space where they dictate their terms to other women.

That isn’t in the essence of International Women’s Day. Or at least it shouldn’t be.

Women need justice. But let’s not be so regressive in our progressiveness to think that we are all the same, think the same, believe the same.

Women have opinions that shouldn’t be dictated by men, by women, or by any doctrine being forced upon them. For many Muslim women, Islam is what they chose and Western feminism is what is being forced on them. That cannot be right.

There is much debate to be had. There is much that Muslim women can add to the debate, in their diversity of views and opinions. We don’t want voices from within our diversity to be cherry picked and given a platform as icons when they are not representative.

And this goes for other minority female voices too. And the “minority” voices that are actually majority voices elsewhere in the world; the women who are dismissed and placed in a hierarchy in the debate on this side of the world.

We do not hold the moral or intellectual high ground here. That has not proven. We haven’t even started that debate.