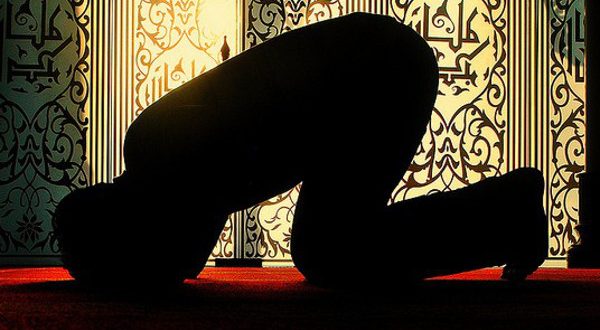 An overview of Fasting by Sayyid Muhammad Rizvi

The Tradition of Fasting

Fasting during the month of Ramadhan is one of the pillars of Islamic teachings.

According to this verse, the tradition of fasting is not unique to Islam; even the Christians and the Jews are familiar with this tradition. For example, the Jewish people observe fasting in connection with the Day of Atonement; and there is the Christian tradition of Lent which refers to the period of forty days, excluding Sundays, from Ash Wednesday to Easter, which was until recent past observed annually as a season of fasting.

How do the Muslims Fast?

Fasting for Muslims means that all physically fit and mature Muslims have to totally and completely abstain from food, drink, smoking and sexual activity. This abstinence has to be exercised every day from dawn to dusk.

“It is made lawful for you to have sexual relations with your wives during the night of the fast.” (2:187)

So during the month of Ramadhan, the daily schedule of a Muslim family changes. They get up while it is still night time to have their pre-dawn meal; and then go without food, drink or smoking for the entire day until the night. That is when they break their fast. The Qur’an is very clear that the fasting starts from dawn and ends after the night has set in – “then complete the fast till night” – and that is why the Shi‘a Muslims, in following the Imams of the Ahlul Bayt, emphasize that one has to wait for some time after the sunset to break the fast because in their view sunset (al-ghurub) and night (al-layl) are not the same.

The length of the days of Ramadhan depends on the season in which that month occurs. The Islamic calendar is based on the lunar system; it is ten days shorter than the common calendar. An Islamic month begins with sighting of the new moon, and ends upon the sighting of the next new moon. When Ramadhan occurs in winter, the days are shorter; and it is easier to fast. But when Ramadhan occurs in summer, the days are longer, and it is not that easy to fast. This is one example of the justice and fairness by Allah so that all people may fast through various seasons; and that is why the lunar system of calendar is preferable for the religious rituals.

Is Anyone Exempted from Fasting?

Of course, Islam is a practical religion. The old-aged people, the sick, those who are traveling, the pregnant woman, and the nursing mother – all such people are exempted from fasting during the month of Ramadhan. Some of those people have to make up the days they have missed when their situation returns to normal while some are exempted totally. As the Qur’an says,

“Allah desires ease for you, and He does not desire for you difficulty.” (2:185) 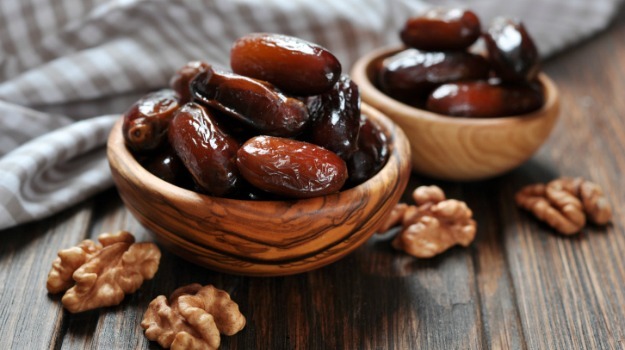 The Philosophy of Fasting

You may be wondering why your Muslim neighbour, friend or co-worker has to fast the entire month of Ramadhan? There are many reasons and benefits to the fasting. Some are spiritual and some of social nature.

The fasting during the month of Ramadhan is not for atonement or repentance. It is not a sort of punishment; it is a religious ritual for a positive purpose. In the verse quoted earlier which makes fasting an obligation on Muslims, Almighty Allah says, “so that hopefully you may guard yourself (against displeasing God).” This is also translated as “…you may become pious or more aware of God.” This points to the spiritual purpose of fasting.

Let me now explain the spiritual dimension of fasting. As we all know, God has created various powers within us: One the one hand, we have soul, the conscience, the spiritual dimension; and, on the other hand, God has also created the elements of anger and desire in us. “Anger” is the power that repels whatever we think to be harmful to ourselves, and “desire” is the element within us which attracts whatever we perceive to be beneficial to us. There is a constant struggle between the soul, the conscience and the reason, on the one hand, and the powers of anger and physical desire on the other hand. All our emotions and physical desires can be classified under “anger” and “desire”.

But these dimensions of human life are important for our survival in this world. How-ever, Islam says that a successful human being is a person who controls the powers of “anger” and “desire” by the means of his soul, conscience or reason. Only by controlling – not totally suppressing– the anger and the desire can a person attain a balanced personality. Islam wants its followers to be in control of their lives, and not become slaves of their desires. This is, indeed, the major jihad, in Islam. By “major jihad,” we mean the spiritual struggle which goes within each one of us.

The month of Ramadhan is an annual training program for Muslims to strengthen their soul and spirit; to energize themselves spiritually by strengthening their will power. Fasting is a spiritual program by which one can bring the powers of anger and desire in control of one’s soul and reason.

How does the fasting of Ramadhan help us in this way? Well, by totally abstaining from food, drink, and sexual activity –the strongest of desires that God has created within us – for 29 or 30 days will surely strengthen our spirit and soul. We will gain more will power, and be more in control of ourselves, rather be slaves of our desires.

At the end of the month, a Muslim hopes to have become spiritually a stronger person, in control of his own life. In this sense, it is indeed God’s blessing to us that we have the fasting of month of Ramadhan every year.

Of course, there are many other days in the Islamic calendar when fasting is recommended, but not obligatory.

A partial list of some highly recommended days of fasting besides Ramadhan:

(b) The Social Dimension

The month of Ramadhan also has a distinct social dimension. When Muslims fast during the daytime of that month, they are hungry and thirsty. And during that period of hunger and thirst, they can relate more to the suffering of the hungry and the poor people in the community and around the world. Those who fast during the day-time, know that after sunset, there will be a meal on their dining table; but they also realize, or should realize, that there are many people who fast even when it is not Ramadhan, and they fast without the assurance of having a meal on their table at the end of the day! They fast simply because they don’t have anything to eat!

This realization stimulates the element of charity and sharing in us. In this sense, the month of Ramadhan is also a month of sharing and charity. At end of the fasting month, Muslims have a major feast known as ‘Idu ’l-Fitr when they gather in the mosques for special prayers and celebrations. However, before Muslims go for the special prayers, they are required to pay ‘zakatu ’l-fitr’ which is a special charity. This is like a first step which God is helping us to take on the path of charity and sharing with the hope that Muslims will continue to share what God has given to them with the less fortunate members of the society.

The month of Ramadhan is also the month of the Qur’an and prayers (du‘as). Almighty Allah says,

“The month of Ramadhan is that in which the Qur’an was revealed as a guidance for people and as clear proofs of the guidance; and as means of separating the right from the wrong.” (2:185)

The holy Qur’an is divided into thirty equal parts which are known as juz (in Arabic and Persian) or para (in Urdu). This division has been done so that a Muslim may be able to complete the recitation of the entire Qur’an during the thirty days of the month of Ramadhan. This is why it is said that the holy Qur’an is the most read book in the world!

Mosques and Islamic centres organize special programs for the recitation of the Qur’an; they sit in circles and, by rotation, each person recites certain verses or pages of the Qur’an while other follow the reciter.

The month of Ramadhan is also the month of du‘a—praying to Allah. In the same section dealing with fasting, Almighty Allah, says:

“When My servants ask you concerning Me, (then say) I am indeed very close (to them), I answer the prayer of one who prays when he calls on Me.” (2:186)

Although Muslims pray and do du‘a on a daily basis; but their prayers and du‘as increase during the month of Ramadhan. The Shi‘a Muslim Centres around the world organize special prayers during the Ramadhan nights with the ritual and special prayers like Du‘a Iftitah and Du‘a-e Kumayl as taught by Imam ‘Ali bin Abi Talib (a.s.).

There are also recommended (sunnat) ritual prayers for this month. However, such sun-nat prayers should be done individually, not in jama‘at (congregational) form. [1]

The Special Nafila Prayers in Ramadhan

These prayers are 2 rak‘ats each like Fajr prayer. (You may omit the 2nd surah in both rak‘ats.)
The total number of the special nawafil of Ramadhan comes to 1000 raka‘at.

I would like to emphasize to my fellow Muslim sisters and brothers that fasting is not just abstaining from food, drink, smoking and sexual activities. While we are fasting, we should also try our best to reform our behaviour and attitude towards others. There are many things which will not legally, technically, invalidate our fasting but they surely are against the spirit and purpose of fasting. For example, the Prophet said that lying, back-biting, and lustful glances destroy the spirit of fasting. Hunger and thirst should not become an excuse to be angry and discourteous in our behaviour – this goes completely against the purpose of fasting itself. Let us not be those who gain nothing out of fasting but hunger and thirst!