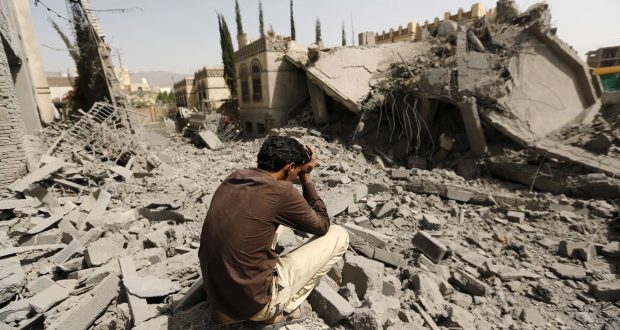 A guard sits on the rubble of the house of Brigadier Fouad al-Emad, an army commander loyal to the Houthis, after air strikes destroyed it in Sanaa, Yemen June 15, 2015. Warplanes from a Saudi-led coalition bombarded Yemen's Houthi-controlled capital Sanaa overnight as the country's warring factions prepared for talks expected to start in Geneva on Monday. REUTERS/Khaled Abdullah TPX IMAGES OF THE DAY - RTX1GJK0 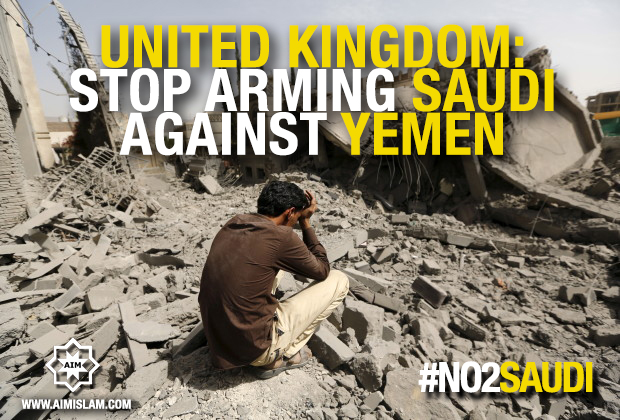 In the Summer of 2016, the United Nations acknowledged that 10,000 people had been killed in the war on Yemen and in late October the UN Security Council was told that more than 21 million Yemenis — 80 percent of the population — are in need of some form of humanitarian assistance. “Over 2 million people are malnourished nationwide, including 370,000 children who are severely malnourished,” it was said. That is an increase of 65 percent compared to the year before the conflict began.

But truth is not yet dead. There are still voices willing to speak up in denunciation of tyranny, falsehood, manipulation and war capitalism.

A petition was launched in the UK this December so that 2017 would not be spent under the miasmas of unaccountability.

We at AIM request that everyone do their utmost to stand for the oppressed in Yemen and partake in this petition to put pressure on the UK government to cease their arms sales and support of the despotic Saudi regime.

The petition is available by clicking here.