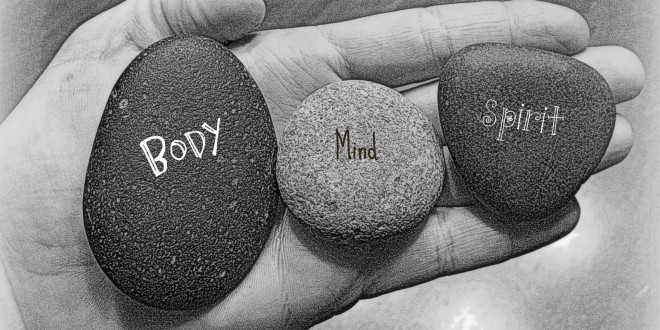 Human being is the composition of two elements: body and spirit. These two elements are correlated and interacting. Man’s happiness depends totally on the soundness of these two elements each of which has its own desires and necessities.

The physical necessities are the material factors that achieve growth, health, and vitality, such as food, drink, clothing, and other life necessities.

The mental necessities are the intellectual and spiritual desires, such as knowledge, freedom, justice, peace of mind, and the like.

Briefly, the physical right is to attend to the health regulations, such as moderation in food and drink, evasion of alcoholic drinks and drugs, abstinence from sinful carnal desires, habituating to cleanness, practicing physical activities, treating of the ailments, following the physicians’ advices, and the like matters.

Many people ignore the mental health because they are far away from the spiritual values. Few groups of people, however, can realize the mental complications that appear in the form of recalcitrance, rebellion, inclinations to the commitment of sins, excessive fondness of materiality, and desertion of the mental values. In view of that, the treatment for the spiritual defects has been more difficult and more laborious.

In the same way, scholars and intellectuals have paid a greater attention to self-discipline and mental education; therefore, it is necessary for people of reason to care for such affairs.

Self-education can be achieved by enlightening with the divine recognition and the true belief and supplying with the beneficial knowledge that lead to the right guidance. Naturally, human souls incline to the belief in God, tend to knowledge, and yearn for discovering mysteries of the cosmos and secrets of life.

Man enjoys two forms: one is external and represented by his body, and the other is internal and represented by his mental and moral traits. Man’s external form is the target of praise and dispraise, according to its beauty or ugliness. In the same way, the internal form is the target of praise or criticism, according to its goodness or evil. Like beautifying the external forms, rational people are accustomed to beautify their internal forms by means of clinging to well intention and well behavior, and avoiding showing off, hypocrisy, envy, and the like vicious manners.

Due to the charming instincts and desires, mentalities tend to deviation to take to the depths of corruption. Hence, it is essential to control and immunize oneself against sins:

“However, those who had feared their Lord and restrained their souls from acting according to their desires, Paradise will be their dwelling. (79:41)”

The Prophet (S): “The faith of those who enjoy three traits is perfect: those whose rage does not take them out of the right, whose satisfaction does not take to the wrong, and who pardon when they are powerful3.”