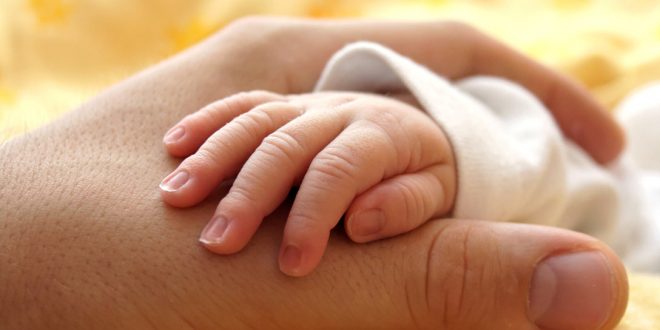 Positive. Two little lines, a plus sign; even clearer is the writing on the wall, “PREGNANT.”

Pregnancy is a time of great change – mind, body, and soul.

Most begin this journey with the usual motions of doctors visits, blood tests and other routine medical check ups. We are inundated with a barrage of “dos” and “don’ts,” and that’s without the expectant mother mailings and email subscriptions which mysteriously begin the day after your first prenatal visit.

Much of what we begin subscribing to, attempts to guide us through the terrain of how to deal with all the physiological changes to our bodies. However, much more profound is the spiritual aspect of this new and blessed state, yet we fail to take time to contemplate or appreciate it. As Muslims, we must remember that our physical selves and our spiritual selves are intertwined; our souls transcend the physical and material boundaries of this world and connect us directly to our Lord, Allah (swt). And He wants us to call to Him: “And your Lord says, “Call upon Me; I will answer you.” (Surah Ghafir, 40:60).

The power of creation lies with Him, and Him alone, but we, as women, are blessed and honored with the privilege of bringing His creation into this world. It is something to truly ponder upon. When we reflect upon the prayer of Imam Hussain (a.s.) on the Day of Arafah, we see him using prayer as a means of not only gaining proximity with his Lord, by first exalting Him, but also as a means of thanking Allah (swt) for creating him and with such perfection. We see Imam Hussain (a.s.) showing gratitude for each aspect of his development – from conception onwards. Not only that, but also what Allah swt has protected him from, “Which of Your favors, O my God, can I count in numbers and examples? Or which of Your gifts can I thank properly? The are, O my Lord, too numerous to be counted by counters or to be realized by memorizers. Moreover, that which You have warded off and repelled.”

The Holy Qur’an tells us of the importance of the remembrance of God; more specifically, the importance of prayer and of worshipping Allah (swt). It is through the Holy Qur’an and the lives and practices of our holy prophets, their emissaries, and true companions that we see prayer as the rope which connects us to our Creator. As creations striving to strengthen that bond with our Lord, we find ourselves, at times, in an exalted state where our connection to Him is strongest.

It is narrated from Imam as-Sadiq (a.s.): “Every time a woman becomes pregnant, during the whole period of pregnancy she has the status of one who fasts, one who worships during the night, and one who fights for Allah (swt) with her life and possessions. And when she is giving birth, Allah (swt) grants her so much reward that nobody knows its limit because of its greatness. And when she is giving milk to her child, for every suck of the child, Allah (swt) gives her the reward of freeing a slave from the children of Ismā`īl, and when the period of breastfeeding the child is finished, one of the great angels of Allah (swt) taps her side and says: ‘Start your deeds afresh, for Allah (swt) has forgiven all your minor sins.’” (Al-Kāfī, vol. 5, pg. 496)

Pregnancy is one such period in a woman’s life, and motherhood is one such journey, which allows her a unique closeness to her Creator and an opportunity to gain one of the highest ranks amongst worshippers in His presence – the greatest example of which is none other than the Lady Fatima (s.a.).  She is one who not only carries the title of “Sayyida-tun-Nissa-il-Aalameen,” “The Leader of all Women of Paradise”, but also was called “Umm-e-Abiha, “Mother of her Father.” Her maternal stature does not end here. The Lady Fatima (s.a.) is not only the root, the spiritual mother, of all the Imams following Imam Ali (a.s.), but within Islamic culture, she is a mother to all believers. To understand how crucial the role of a mother is within a family, we need to look no further than her children and the great strides and sacrifices they made in the way of Islam.

A mother is one of the founding pillars of the family and crucial to the shaping of the environment of the home. Her role in the upbringing of all the members of her family is irreplaceable and cannot be compensated.  Pregnancy is the stepping stone towards that ultimate role.

It is narrated from Imam Zain al-Abidīn (a.s.):

The connection between a mother and her child transcends the physical bonds of this world. A mother feels great love and attachment to her child even before she is able to truly sense its existence within her and hold her child in her arms in the world outside. This love is one truly divine and it makes an even greater imperative for the need to connect this love back to it’s source, back to our Lord so that it not only comes full circle within ourselves, but also within our children. One needs ti only look to the prayer Imam Zain-al-Abidin (a.s.) makes for his children in order to understand that our existence –  and that of our children – is to forever strengthen our ties to Allah (swt) and to worship Him, and only Him, in all of His glory and mercy. (Saĥīfatul Sajjādiyah, His supplication for his Children)

Piecing together all of the different Qur’anic verses, narrations from our Holy Imams (a.s.) and all of the prayers and wisdoms they, and their companions, have shared with us, the greater structure of society comes together: a society whose foundation is built upon belief in the oneness of Allah (swt) and our innate need to nourish our connection with Him through prayer. A society which then grows stronger by observing the rights of each of its members and finds its strength within the construct of the family; a construct which takes root in the union of believing men and women and grows vast and strong in the wombs of believing mothers. Pregnancy is not merely a moment in time, but a starting point in motherhood.

May we find ourselves guided by our mother, the Lady Fatima (s.a.) to follow in her steps, strong and resolute to undertake this task; finding ourselves in her blessed company in this world and the Hereafter.