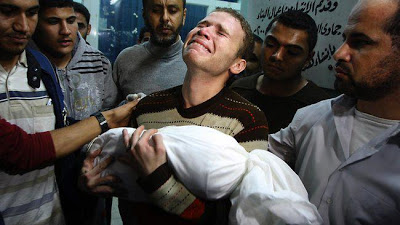 I  finally get how “Everyday is Ashura and every land is Kerbala” after reading Naomi Klein’s international bestseller Shock Doctrine earlier this year.
In this meticulously documented book, Klein laid out how extreme acts of violence perpetrated against populations around the world are not so random after all. She says they’re actually the modus operandi of an elite group of capitalists bent on destablizing nations and quashing all resistance in its path to plunder every corner of the globe, from Chile to Poland to Iraq.
And it’s been a smashing success.
“Some of the most infamous human rights violations of this era, which have tended to be viewed as sadistic acts carried out by antidemocratic regimes, were in fact…committed with the deliberate intent of terrorizing the public,'” according to Klein.
But there’s hope. One figure who provides an antidote to these oppressive policies is Hussain, son of Fatima (one of the four perfect women of all times), for not only did his uprising against injustice survive brute force 1400 years ago but it’s now gone global through continued resistance and endurance.
God: “Be steadfast as you have been commanded, you and those who have turned with you (to God).” (Quran 11:12)
“Life is a relentless and intense struggle extending from the first phases of life to its last moments,” says scholar Sayyid Mujtaba Musawi Lari. “Patience and fortitude are the most effective weapon in this unceasing battle. Victory on this battlefield belongs to those who are courageous and unflinching and who do not succumb to obstacles under any condition.”
Today’s social justice movements energized by the 2011 Arab Spring face tanks, bullets and pepper spray and also risk subversion. They need to gain inspiration, insight and guidance from Hussain, whom Prophet Muhammad (S) likened to a ship of salvation: “Whoever embarked upon it was saved, and whoever turned away from it perished.”
That’s because Hussain, his family and his companions serve as role models for demonstrating how to maintain truth, dignity and resistance in the face of the most brutal forces of repression.
So when we see entire families in Gaza (see picture) or Afghanistan massacred through military operations, we must remember that Hussain and his family were also brutally slaughtered on the plains of Kerbala.
But their resistance continued.

When we see children, including 7-year-old Syed Wali Shah and 8-year-old Noor Syed, maimed and killed in drone attacks in Pakistan, Yemen and Somalia, we must remember that Hussain’s infant baby was also killed by a piercing arrow to his neck while cradled in his father’s arms in Kerbala.
But their resistance continued.
When we see Zionists bulldoze Palestinian homes and riot police tear down Occupy shelters, we must remember that the tents of Hussain’s women were also burned and looted in the aftermath of Kerbala.
But their resistance continued.
When we see human rights activists like Zainab Al-Khawaja arrested on the streets of Bahrain for opposing its illegitimate monarchy, we must remember that Hussain’s sister Zainab was also shackled and paraded to the court of tyrant Yazid from Kerbala.
But their resistance continued.
When we see political prisoners of all ethnicities locked up and tortured in American jails, we must remember that Hussain’s four-year-old daughter Sakina also died curled up on the cold, hard prison floor when captured in Kerbala.
But their resistance continued.
Upon returning home to Medina, the resistance carried on as Zainab spread news about the tragedy of Kerbala, gaining supporters who handed down the story generation after generation until millions now gather on Ashura Day to remember Hussain’s supreme sacrifice, empathize with him until grief-stricken and moved to commit to his struggle anew.
“They call us a nation of tears, but with these tears we have overthrown an empire!” said Imam Khomeini of the Islamic Republic of Iran.
But like Hussain then, his followers today suffer violent opposition.
“Never in our history have there been such cruel attacks on religious observances,”  Afghan President Hamid Karzai said last year when three simultaneous explosions killed 63 people during Ashura Day rallies.
Indeed, the resistance continues and will do so as long as people everywhere–of all religions, races and classes–heed Hussain’s final call before succumbing to wounds alone on the dusty fields of Kerbala: “Who is out there to help me?!”
As India’s first President Rajendra Prasad once said: “The sacrifice of Imam Hussain is not limited to one country, or nation, but it is the hereditary state of the brotherhood of all mankind.”