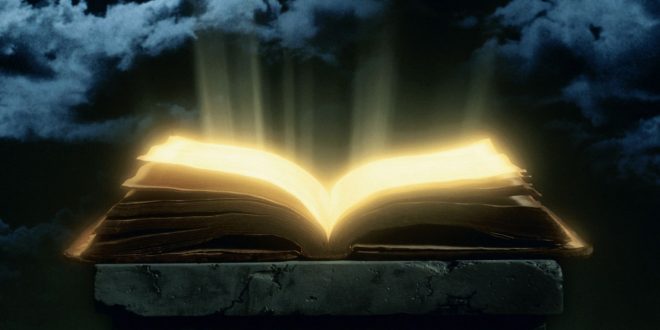 A common and dangerous misconception is that Revelation (Al-Wahy) is here in order to push man’s reason (Al-`Aql) out of the arena. While such a thought may never have passed our minds with this exact wording, some of us have subconsciously accepted this notion. And this misunderstanding often becomes evident during discussions on religion.

The way we understand religion is extremely important.

What is the definition of religion?

What is the purpose of religion?

Do I actually need it? If so, then to what extent?

These are crucial questions which, if a religious person fails to answer for himself satisfactorily, hardly leaves anything of the religion for him than a collection of empty rituals.

The question that we’d like to pose is one piece of this puzzle:

The common view of today’s secular society is that this is absolutely the case. A person who wishes to follow Revelation and be religious must bid goodbye to his Reason and a person wishing to be rational must say farewell to religion.

This is a notion that even the religious in such societies have themselves accepted. When promoting religious faith, they tell others to ‘take a leap of faith’, in other words to ‘believe’ without the use of Reason. Because the path of Revelation is other than the path of Reason.

So both secularists and the religious sing from the same script. Both believe that the paths of Reason and Revelation are two sworn enemies.

Do you know why this is the case?

This commonly accepted belief is the result of a history spanning over a milennium. Its roots lie in the Dark Ages in which the Church held absolute authority over every aspect of people’s lives. Scientific progress was forbidden and the use of human reason when it came to the Sacred Scripture was blasphemous. The Renaissance turned this equation on its head. However, there is an important piece to this puzzle which is often conveniently ignored: that this is the history of Western Europe. And Western Europe is not the entire world.

It was precisely during the Dark Ages that the Muslim world was leading the world in scientific progress. And if Europe has made intellectual and technological progress, it is indepted to the world of Islām. It was while Muslims were religious that they were making progress and it is when they put religion aside that they became victim to Colonialism which plunged the Muslim world back into an era resembling that of the European Dark Ages.

This is a short History behind this commonly accepted belief. What is excruciatingly painful is that many Muslims themselves have accepted this notion with respect to Islām (which is a religion at the end of the day), completely unaware of their magnificent heritage. This painful fact should be enough to make a person cry blood in place of tears.

What does Islām actually say about Human Reason?

Let us examine the most authentic source of Islām, the Noble Qur’ān, to find its view on the subject of Human Reason.

Not using one’s Reason makes one impure. There is a connection between spiritual purity and Reason. Reason leads man to inward purity. Reason is the guide in man’s spiritual journey.

2. ‘And when it is said to them: ‘follow what Allāh has sent down’, they say, ‘we will rather follow what we found our fathers following.’ What, even if their fathers did not apply reason and were not guided?!’ (2:170)

Man’s Reason begins to develop close to the time of reaching puberty. It is then that this gem which was hidden within his soul begins to be uncovered. Before reaching puberty (during childhood) the human being simply accepts what he sees and hears from the people around him. Therefore children are not punished by Allāh for the mistakes that they make.

However, when the voice of man’s reason begins to speak… it is then that the human being cannot say ‘I do this action because of my parents/traditions’ etc

All that he has witnessed and accepted till that point must then be weighed in the Balance of Reason.

The Qur’ān speaks to man as a being who possesses Reason. Therefore the view that the only role of Human Reason is to lead man to the Door of Revelation, and to depart him thereafter, cannot be justified. Had that been the case, Revelation would not address man’s reason and demand him to use it. Rather it would ask him to silence it. No such notion is to be found in the Qur’ān.

3. ‘The example of the faithless is like someone who shouts after that which does not hear [anything] except a call and cry: (they are) deaf, dumb and blind, they do not apply reason’ (2:171)

Faith is linked with Reason: it is those who do not have faith who do not use Reason. Because Reason guides man to Faith. This is the absolute opposite of the notion prevalent in secular societies. In the eyes of Islām, one cannot acquire Faith without Reason.

4. ‘Surely the worst of beasts in the sight of Allāh are the deaf and the dumb who do not apply reason’ (8:22)

The worst of all creatures in Allāh’s sight are human beings who have Reason but do not use it. Such people are further from guidance than animals and plants. Animals and plants have not been given Reason so there is no blame on them for not using it.

If a thirsty person in the desert dies of thirst, no one can blame him. But if a person standing beside a river dies of thirst… what would you say about him?!

The human being has been honoured above other forms of creation with the blessing of Reason. And if he does not use this blessing, he has been extremely ungrateful for what Allāh has given him.

5. ‘He placed the night and the day for you, and the sun, the moon and the stars are disposed by His command. There are indeed signs in that for a people who use Reason’ (16:12)

6. ‘Have they not travelled through the earth that they may have hearts with which to reason…?’ (22:46)

There is a connection between the heart and Reason. The way of Love and Reason is one. The purity of one’s heart affects how clearly a person can reason. An impure heart does not reason correctly. This is the absolute opposite of the idea which Disney feeds our children from that tender age: that in his journey through life man is compelled to choose between the voice of his reason and the yearning of his heart.

Human beings who use their Reason are a minority and most people are not people of Reason. Therefore a person who wants to use his Reason must not expect that everyone else around him will also use theirs. The tragedy of the human being is exactly this: Allāh places man beside a river and man dies of thirst!

These were just some of the numerous verses of the Qur’ān in which Human Reason is mentioned. And this is apart from the verses calling on man to ponder and contemplate.

One of the reasons that we are prone to false thoughts and ideas is our distance from the sources of Islām. Therefore the enemy succedes in perverting our understanding of the very religion we think we are following.

In his letter to the youth in Western countries, Imām Khāmene’ī asked the youth whether they had learned about Islām from a source other than the Zionist media. He invited the youth to learn about Islām by reading the Qur’ān for themselves.

But have we done that ourselves as Muslims?

Is our understanding of Islām based on the Qur’ān, or the traditions we see our families following, or the views of modern secular society?