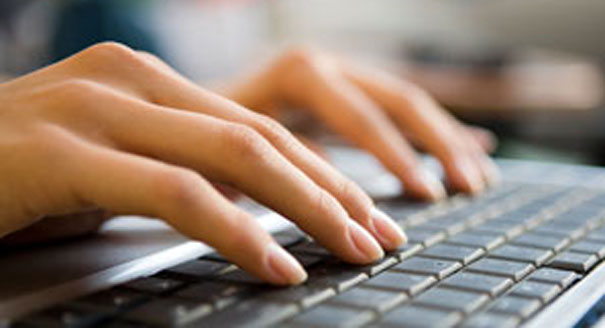 If you’re among the growing number of Muslims who get their Islam online, keep reading but with your antennas up high. There’s a conspiracy underfoot to virtually misguide you.

A new report released in February by U.S global policy think tank RAND Corporation, entitled “Promoting Online Voices for Countering Violent Extremism,” discusses plans to more deeply infiltrate, co-opt and create popular sources of online Islamic information—web sites, Facebook, Twitter, blogs and more—with information that is packaged as Islamic guidance based on the Quran and Sunnah of Prophet Muhammad (S) but in reality is government propaganda aimed at aligning the political views and behavior of Muslims with imperialist interests.

The report’s authors, Todd C. Helmus, Erin York and Peter Chalk, all of whom have links with the U.S. military (RAND originated as a project of an American military aircraft manufacturer), instruct government officials, nonprofit organizations and private funders on how to “encourage and empower credible, authentic, and constructive online Muslim voices” that echo the White House’s 2011 initiative to “counter violent extremist (CVE) narratives on the Internet.”

These efforts are ostensibly to foil online recruitment by Al Qaida and other Muslim extremist groups, but RAND analysts admit in their own report that “this [Al Qaida] campaign has produced an extremely low yield of recruits in the United States and that vast majorities of American Muslims hold no sympathies for al-Qa’ida’s distorted vision.”

So the true purpose of this expansive initiative lies elsewhere: to control and direct the social and political agenda of Muslims, who they realize are mandated to de-establish the existing oppressive systems and replace them with peace and social justice in the world.

Some RAND plans to be aware of:

History has repeatedly shown that coordinating with imperialists to bring peace and justice is not only folly but also counterproductive. Leaders, movements and organizations directed by the ruling elite don’t speak out against oppressive systems like Zionism, capitalism and globalism and end up supporting extreme violence in the forms of imperialist wars (Afghanistan and Iraq) and terrorist groups that serve their interests (Libya and Syria).

While this RAND initiative to take on high-tech Islamic personalities is new, sell-out scholars have been around for ages.

When Moses (foster son of Asiya, one of the four perfect women of all times) went to the mountains for 40 days, Sheikh Samiri–a religious scholar and savvy engineer from among the Israelites–used his knowledge and skills to turn the people back to the Pharaonic system and ways.

Imam Ali: “I warn you about the hypocrites. They are misguided and they misguide as well. They have appeared in society in different colors and with different faces. Their speech is eloquent, profitable and is even a cure for pain. But their actions are like incurable diseases.”

To prevent such false scholars from gaining power and influence, the Muslim masses must be able to identify them, put pressure on them to return to Islamic principles, and if they refuse, abandon them for true scholars who not only have knowledge but also the courage and strength to speak truth to power like Talut, a true leader of the Children of Israel mentioned in the Quran.

Thanks to social media tools that allow interactions, we can put public pressure on scholars through questions, comments and feedback online.

Imam Khomeini, leader of the 1979 Islamic Revolution of Iran, teaches us how in an open letter he wrote to cleric Hussein Ali Montazeri to inform him he will no longer be his successor after it became evident Montazeri was cooperating with the hypocrites.

“Can you see what valuable services you have offered to arrogance?” Imam Khomeini asks and then gives Montazeri the following advice in his letter:

1. Change your advisors or “bureau.”
2. Because you are “gullible” and “provoked easily,” stay out of political matters.
3. Stop ridiculing scholars truly committed to Islam.
4. Don’t be a “mouthpiece” of the oppressors.

Imam Khomeini: “Muslims must think about training, controlling, and correcting the leaders….They must use advice or warnings to wake them up from their expensive sleep which is killing them and the interests of the Islamic nation. They must not be unaware of the danger of the hypocrites and those who work for the arrogant powers of the world.”

For those willing to take on such leaders, I also have a tip: Get a thick skin.

Recently, I questioned a popular American Islamic scholar on Facebook for supporting the Western-backed Syrian opposition.

I got called a “lunatic” by him.