Sayyidah Zaynab: For those who do not know 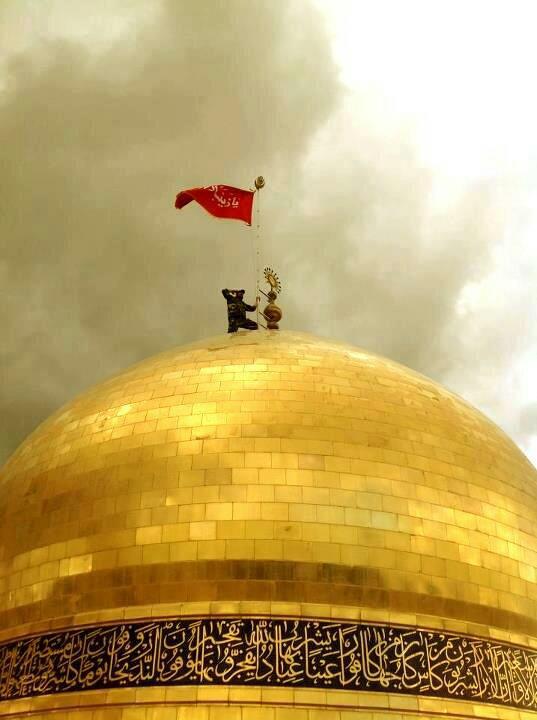 The recent events of violence between Muslims have led towards a new focal point: the shrine of Sayyidah Zaynab (a). This occurs within the context of a simmering stand-off between two outlooks. On the one hand, the ‘takfiri’ Muslim who is intent on destroying Islamic symbols that connect the conscience of Muslims to the Messenger of Allah (s) and advent of Divine Revelation; and on the other hand, the Muslim who is in harmony with his/her surrounding context through a religious conscience and an affinity towards religious ‘symbols’—even Sufist at times. This religious conscience attracts one towards the Holy Prophet Muhammad (s), and is manifested through specific commemorations or a special attachment to the graves and shrines of companions, pure saints and the infallibles—as is the case with the Shias.

The latter is wholly rejected by takfiris who deem ‘Muhammad to be dead’ and any symbolism (or iconic instance) that connects one to him or any other personality for that matter, equates to polytheism (shirk). Thus, according to them, anyone who visits shrines is a polytheist and infidel who deserves to be killed. This mentality has become so debased that they have gathered the audacity to violate the sanctity of the dead and exhume graves—something that is prohibited by the consensus of Muslims. How then is it when such sacrilege is against the corpse of a companion of the standing of Hijr bin ‘Adi, who was described as the ‘ascetic worshipper’?

There is a clear warning in this event: what may befall the family of the Prophet, such as the Imams or Sayyidah Zaynab, at the hands of these takfiris might be even more vile and despicable. And this would be absolutely intolerable for a Muslim. This position was clearly elucidated by Sayyid Hasan Nasrallah who stated that the martyrdom of those who have sacrificed their lives to protect the shrine of Sayyidah Zaynab in Syria was averting sedition and chaos—because the takfiris have openly declared their intent to destroy and exhume the graves of Sayyidah Zaynab and her father, master of the faithful Imam Ali (a), as declared by one of the takfiri sources for legal rulings.

This naturally invites any observer of events to probe into the importance of the personality of Sayyida Zaynab (a), her status and the importance of her shrine to Muslims in general, and to Shias in particular.

Who is Sayyidah Zaynab?

Zaynab was the grand-daughter of the Prophet Muhammad (s), and daughter of Fatima al-Zahra and Ali ibn Abi Talib (a). She was a distinguished daughter who treaded in the footsteps of her parents, and was thus bestowed the titles Aqeelat Bani Hashim and aqeelat al-qawm; meaning the leader of her kinfolk and the honoured one amongst them. Exceptional sparkles of faith emanated from her personality, due to which she was referred to as ‘a scholar [endowed with deep knowledge] without having being taught’; Ibn Abbas also narrated the Sermon of Fadak from her.

She was born in the sixth year of Hijra, and largely remained out of public sight until she resolved to embark on the revolutionary course alongside her brother, Imam Hussain (a) to Karbala where the leadership qualities within her personality became manifest. As a result, Muslims looked upon her as the inheritor of her mother’s legacy insofar as encapsulating the constant and resolute presence of the Islamic endeavor to safeguard the legacy of the Prophet Muhammad (s).

Before his martyrdom, Imam Hussain entrusted upon her the responsibility of leadership and safeguarding the Muslim community, such that it has been stated: Zaynab is the person that protected the narrative of the Hussaini epic and its values of liberation. She is the character that also protected the blood of the martyrs and the sanctity of Prophetic immaculateness.

She passed away in Damascus (Sham); through her exceptional ability to awaken the masses to rise against injustice she exhausted the efforts of the authorities and was subsequently exiled to the ruins of Damascus where she died and was buried in unclear circumstances.

Consequently, defense of the mention and stature of Sayyidah Zaynab is in actuality synonymous with defending the grand mission of Karbala insofar as the Islamic consciousness. Further, continued attachment to all that relates to her personality is a continuation of the path of martyrdom; rather, it is an expression of remorse for any indifference towards supporting the causes of truth, supporting the oppressed and elevating the mention of Allah and his Messenger, Muhammad.

Indeed I can even dare to say that if any Islamic jihadi resistance were to reach the point that it was to forsake its defense of the symbolism of Sayyida Zaynab and her shrine, this would without doubt lead to forsaking the cause of Masjid al-Aqsa and liberating Palestine. By this, I do not exaggerate by any means; the very essence of the revolutionary conscience of the Shias is encapsulated in five symbols namely: the Holy Prophet (s), the master of the faithful Imam Ali (a), Imam Hussain (a), Sayyidah Zaynab (a) and the Mahdi (atf) who is the master of the ‘Great Victory’.

Without delving into the respective symbolisms of these five personalities, I shall describe the symbolism of Sayyida Zaynab for those who do not know. And I shall attempt to clarify the deep symbolic relationship between her personality and those of the above-mentioned personalities.

The Symbolism of Sayyidah Zaynab (a)

By the word symbolism here I do not mean figurative meaning; rather it refers to the intense moral and intellectual connotation involving the truth of this personality, and the extent of her influence upon the character of Islam and religious consciousness. Amongst these connotations are:-

First: the lineage of Sayyidah Zaynab (a) and her kinship that traces her back to the heart of the Prophet’s family. Further, she voiced a declaration and challenge—which has been repeatedly echoed by Shias throughout the ages without fail and on whose basis they form their moral stance—when she addressed Yazid with the words: “you shall neither wipe out our memory, nor eradicate our inspiration”. Through this, her personality became the iconic symbol of safeguarding the Prophetic memory and Divine revelation. Thus, any laxity or oversight towards her personality even after her death amounts to treachery toward the [Prophetic] memory and [Divine] revelation.

Second: she is a symbol of purity and chastity that remained concealed until the battle of Karbala, during which the enemies wished to taint her loftiness except that this was Divinely protected. Thus, she represents the purity and chastity of every Muslim woman, and the zeal of every Muslim man. Any attack on her is an assault on the highest expressions of religious chastity. And it is well established that whoever dies in order to protect one’s honour and in defence of the inviolable dies as a martyr in the way of Allah.

Fourth: she represents the sanctuary of tears, pains, patience and solitude—starting with the tears of Imam Hussain, Abul Fadhl al-Abbas, Ali ibn Hussain and all those who were in Karbala; as well as all those who drew inspiration from the path of Karbala up to the present—and in accordance with the Islamic understanding, right up to the future [Divine] Deliverance represented by the Mahdi. Thus, Shias consider that the most important aspect in the features of the uprising of the Mahdi is to answer to the call of Sayyidah Zaynab when she stood between the torn limbs of the Karbala martyrs and cried out: ‘O Muhammad, this is your Hussain in the open wilderness…’ Therefore, to protect this affiliation to her personality is to safeguard the historic and revolutionary identity for a future that shall be constructed on the basis of patience, loyalty and victory.

Fifth: for every Muslim—be one a lay-follower or a scholar, or whether one is religiously steadfast or not—Sayyidah Zaynab represents a unique Islamic blessing. She has been granted the rank of intercession and is a source of blessings, as a result of which people throng to her proximity—and from there, they raise their deepest pleas to Allah and recite their supplications. In this sense therefore, her shrine is sacred; souls are attracted to it and there they entrust their hopes.

For all these reasons, and for yet more, that specific geographic spot which has been blessed to host the shrine of Sayyidah Zaynab is not limited by mere coordinates, and cannot be understood in terms of the worldly constraints of ‘space’. It is a focal point amongst the axes of faith towards which Muslims from every corner turn to and seek to connect. Its true ‘location’ extends to the angelic realms and to souls that yearn for faith, expectation, hope and a love that encompasses might and honour…

So for those who do not know, Sayyidah Zaynab is the quintessence of the supplication, struggle and message of the reasoning of the Holy Quran and the Sunnah of Prophet Muhammad and his family. Any assault against her is an attack on the message of the Quran and the shariah of Prophet Muhammad … and after such there cannot be except an outright cataclysm.

When love is erased from the conscience of a human being, it only opens the way to the curse of anger and animosity. And what is Zaynab other than the love of Muhammad, Ali, Fatima, Hassan and Hussain and… those who do not know! 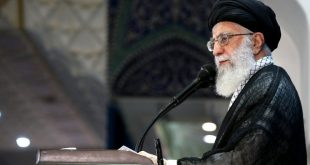 Imam Hadi’s (as) methods of expanding Islam under severe suppression 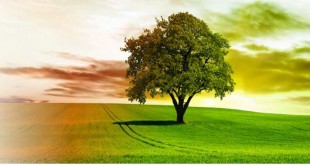 Occasions in the Islamic calendar 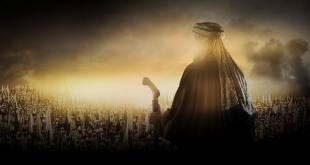 But surely there are 313 ready for the Imam? 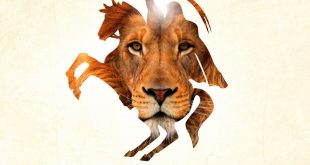 12 beautiful sayings by Imam Ali (as)