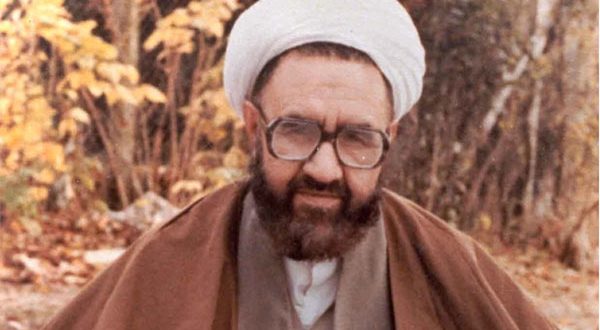 Who is Shaheed Mutahhari? (Part 1)

Ayatullāh Murťadhā Muťahharī, one of the principal architects of the new Islāmic consciousness in Iran, was born on February 2nd, 1920, in Farīmān, then a village and now a township about sixty kilometres from Mashhad, the great centre of Shī`a pilgrimage and learning in Eastern Iran. His father was Muhammad Ĥusaīn Muťahharī, a renowned scholar who studied in Najaf and spent several years in Egypt and the Hijāz before returning to Farīmān. The elder Muťahharī was of a different caste of mind then his son, who in any event came to outshine him.

The father was devoted to the works of the celebrated traditionalist, Mullāh Muhammad Bāqir Majlisī; whereas the son’s great hero among the Shī`a scholars of the past was the theosophist Mullā Sadrā. Nonetheless, Āyatullāh Muťahharī always retained great respect and affection for his father, who was also his first teacher, and he dedicated to him one of his most popular books, Dastān-e-Rastān (“The Epic of the Righteous”), first published in 1960, and which was later chosen as book of the year by the Iranian National Commission for UNESCO in 1965.

At the exceptionally early age of twelve, Muťahharī began his formal religious studies at the teaching institution in Mashhad, which was then in a state of decline, partly because of internal reasons and partly because of the repressive measures directed by Ridhā Khān, the first Pahlavī autocrat, against all Islāmic institutions. But in Mashhad, Muťahharī discovered his great love for philosophy, theology, and mysticism, a love that remained with him throughout his life and came to shape his entire outlook on religion: “I can remember that when I began my studies in Mashhad and was still engaged in learning elementary Arabic, the philosophers, mystics, and theologians impressed me far more than other scholars and scientists, such as inventors and explorers. Naturally I was not yet acquainted with their ideas, but I regarded them as heroes on the stage of thought.”

Accordingly, the figure in Mashhad who aroused the greatest devotion in Muťahharī was Mīrzā Mahdī Shahīdī Razavī, a teacher of philosophy. But Razavī died in 1936, before Muťahharī was old enough to participate in his classes, and partly because of this reason he left Mashhad the following year to join the growing number of students congregating in the teaching institution in Qum. Thanks to the skillful stewardship of Shaykh `Abdul Karīm Hā’irī, Qum was on its way to becoming the spiritual and intellectual capital of Islāmic Iran, and Muťahharī was able to benefit there from the instruction of a wide range of scholars. He studied Fiqh and Uŝūl – the core subjects of the traditional curriculum – with Āyatullāh Ĥujjat Kuhkamarī, Āyatullāh Sayyid Muhammad Dāmād, Āyatullāh Sayyid Muhammad Ridhā Gulpāyagānī, and Ĥajj Sayyid Ŝadr al-Dīn as-Ŝadr. But more important than all these was Āyatullāh Burujerdī, the successor of Ĥā’irī as director of the teaching establishment in Qum.
Muťahharī attended his lectures from his arrival in Qum in 1944 until his departure for Tehran in 1952, and he nourished a deep respect for him.

Fervent devotion and close affinity characterized Muťahharī’s relationship with his prime mentor in Qum, Āyatullāh Rūhullāh Khumaynī.
When Muťahharī arrived in Qum, Āyatullāh Khumaynī was a young lecturer, but he was already marked out from his contemporaries by the profoundness and comprehensiveness of his Islāmic vision and his ability to convey it to others. These qualities were manifested in the celebrated lectures on ethics that he began giving in Qum in the early 1930s. The lectures attracted a wide audience from outside as well as inside the religious teaching institution and had a profound impact on all those who attended them.

The Mother of her Father History not only always speaks of the `great ones’, it …