Sharing the Message of Karbala with Children 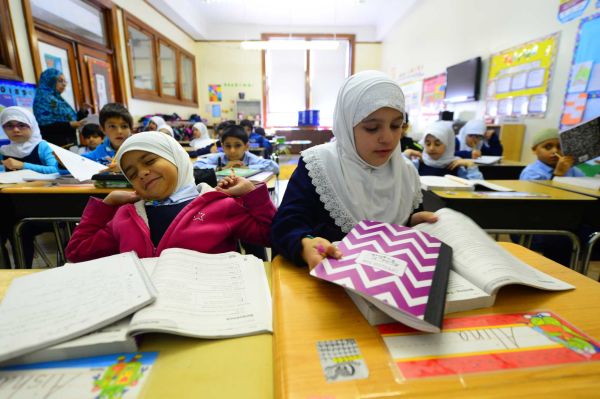 As many communities prepare to commemorate the life of Imam Hussain (as),  many questions are being asked by those in positions of power. Who will the speakers be? Where will programs be held? However, while focusing on such details, we are often  neglecting how topics such as Ashura, the battle of Karbala and its message, and the life of Imam Hussain (as) are portrayed to young children. Instead of focusing on the reason Imam Hussain (as) rose against injustice, many Islamic schools and speakers fill children’s minds with images of violence and destruction that do not promote religious understanding and competence for young Muslims.

It never ceases to amaze me the extent of graphic details Islamic school curriculums, teachers, and speakers provide children when discussing Karbala. Yes, it was a battle and yes it was a tragedy beyond words. However, such violent and graphic details are socially and developmentally inappropriate. Many children struggle to understand topics such as death, loss, and grief. When Islamic school teachers decide to focus on the explicit details of how Ali al-Asghar or Imam Abbas (as) were killed, it can be difficult for children to overcome. You can definitely get the message across that Yazeed and Bani Ummayah were the lowest of the low and enemies of God without describing to a child in graphic details the murder of another child.

Are We Reducing Imam Hussain (as)?

Karbala wasn’t the end of Imam Hussain’s story. Yes it was significant in the history of our religion and without it; the pillars of Islam would have been destroyed. However, the impetus is on us to teach children about the kindness, morality, piety, and grace of Imam Hussain (as). Our children today, more than ever, lack role models and heroes. Do not reduce Imam Hussain (as) to an oppressed victim. He was not a victim. He was a man of principles and morals that refused to back down in the face of great injustice. These are messages that are universal and something that children can carry on with them for the rest of their lives. However, if we continue to focus on details that are unnecessary for children to know because it fits the age-old narrative about Karbala, we will be shortchanging our children and the Imam himself.

There is a wide-reaching need for our children to be educated about Karbala, AhlulBayt (as), and general topics about Islam. In fact, many of the challenges our youth face in their adolescent years and early adulthood can be minimized if our communities put in place systems and consistent initiatives for children about Islam. Unfortunately, there is a subconscious effort in our communities to water down the need for proper Islamic education for children. When programs do exist, they are typically planned by those with little background in pedagogy, child development, and accurate Islamic facts and information.  It is rare to come across individuals who have a background in all three categories and when they do exist, they rarely are the decision makers in programs.  As a professional developer for Islamic schools, I can safely say, the most effective programs are not those with the most money. At the end of the day, we need programs that are consistent, well thought out, and run by qualified individuals.

Tips for Teaching about Karbala to Children

Families, schools, and centers can take the lead this year and transform the way we teach children about Imam Hussain (as) and the events of Karbala from something dark and violent to a message of hope, perseverance, and faith in God. Here are some ideas: