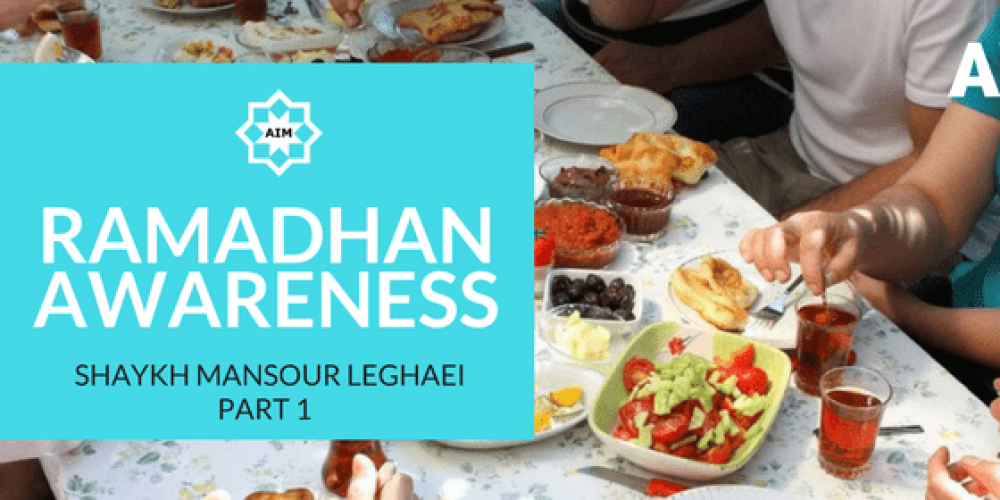 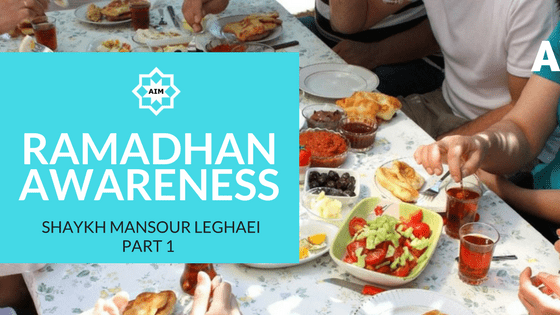 Ramadhan is the ninth month of the Islamic calendar. It is the month during which Muslims observe fasting from morning twilight (Fajr Prayer) to the evening twilight (Maghreb Prayer). The term Ramadhan is literally driven from al-Ramd which means ‘burning heat of the sun’.[1] It is believed that this name is given to the fasting month due to the thirst experienced during fasting.

It is narrated from the Prophet of Islam (S) that the name is given to the fasting month because fasting burns the sins. [2] According to some narrations ‘Ramadhan’ is one of the Names of Allah and hence the more appropriate way to refer to the month of fasting is to say “The Month of Ramadhan”, not Ramadhan. [3]

We should however bear in mind that the term ‘Ramadhan’ without the prefix ‘the month’ is mentioned in many Hadiths with reference to the month of fasting. Hence, it seems the recommendation for the expression of ‘the month of Ramadhan’ is with respect to the Qur’anic expression as mentioned in Surah 2, Ayah 185, and as an honour to this holy month, which is referred to in the words of the Prophet (S) ‘the month of Allah’.

Significance of the Month of Ramadhan

Ramadhan is the holiest month in the Islamic calendar. Fasting is prescribed in this month. It is a month in which the holy Qur’an was revealed [2:185]. According to some traditions ‘the Scriptures’ of Ibrahim, the Torah of Moses and the Psalms of David (peace be upon his pure progeny and all the previous prophets) were all revealed in the month of Ramadhan.

It is narrated from Imam ar-Ridha’ (a.s): “Verily, the month of Ramadhan is a month in which the holy Qur’an was revealed. It was in this month that the Prophet of Islam was infirmed of being a Prophet. The Night of al-Qadr which is better than one thousand months and therein every matter of ordainments is decreed [4] is in this month.” [5]

The Benefits of Fasting

Fasting is an obligation in Islam not an option. It is one of the five pillars on which Islam is built. The benefits of fasting are manifold. Fasting has personal, social, hygienic and best of all spiritual benefits.

Hisham Ibn Hakam asked Imam As-Sadiq (a.s) about the reason(s) because of which fasting has been made obligatory. The Imam replied: “Verily, Allah made fasting obligatory in order to equalize between the poor and the rich. Surely, the rich people would not otherwise feel the pain of hunger to be kind to the poor. For the rich will reach anything they wish. Thus, the Almighty Allah willed to equalize between His servants and to give a taste of the pain of hunger to the rich so that he becomes more lenient to the weak people and be more merciful towards the hungry ones.” [6]

None is needless of self-restraint. Even the Prophet of Islam and the pure Imams (s.a) needed to maintain their high standards of piety by the virtue of fasting. Thus, fasting is mandatory for all Muslims.

• Worshipping God without any action: All other types of worshipping consist of some actions. Take the example of daily Prayers. It is the combination of some recitation of the Qur’an, some Thikr in different postures. The same applies to Hajj, Zakat etc. Fasting is the only of worshipping of Allah that amazingly consists of some non-doings! Fasting is avoidance of drinking, eating etc. a faster does not require doing anything. It is enough no to do anything! This is the reason why it is in no conflict with our daily lives.

• The only worshipping act that there is a penalty (expiation) if missed deliberately. If any Muslim misses his daily Prayers even deliberately, although he has committed a mortal sin, he only has to make up the lapsed Prayers, there is no penalty involved in it. The same applies if one misses his pilgrimage to Hajj. Fasting is the only worshipping act that if is it deliberately missed in addition to making it up, there is a hefty penalty for it. Abdullah Ibn Sanan in an authentic Hadith narrated from Imam As-Sadiq (a.s) about the expiation against someone who has deliberately-and without any religious justification- broken one day of fasting saying: ” He must free a salve or fast two months or feed sixty poor people, but if he was unable to do so, he must give charity as much as he can .” [7] This penalty becomes even heftier if the person has broken his fast with something Haraam such as drinking alcohol or masturbation.

The Rewards of Fasting

Fasting is one of the most sincere worshipping of God and hence its rewards are numerous. The following are some of the narrations about the abundant rewards of fasting.

• The reward of fasting is numerous: The Almighty Allah states:

Patience in the above Ayah is interpreted to fasting, as fasting requires patience. A faster is therefore patient. The Almighty Allah with reference to the reward of the patient states:

“Only those who are patient shall receive their reward in full without reckoning.” [39:10]

• Allah is the reward of fasting: It is narrated from the Prophet of Islam (S): “The Almighty Allah says:

‘For every good deed there are ten to seven hundred times rewards, save fasting. For fasting is for Me and I am the reward of it.’” [8]

Surely, what else would a faster wish for after having Allah as his reward and what would he have should he be deprived of the Presence of Allah. It is to this effect that the Messenger of Allah (S) reported to have said: “Only if you know what you may gain in the month of Ramadhan you would have remembered God much thankfully.” [9]

• Seven compulsory rewards of fasting: It is narrated from the Prophet of Islam (S): “No believer fasts the month of Ramadhan for the sake of Allah but the Almighty Allah will definitely grant him seven rewards: 1) It will melt the Haraam from his body, 2) It will bring him close to the Mercy of Allah, 3) It will rectify the mistake  [10] of his father; Adam, 4) Allah will ease for him the stupor of death, 5) He will secure him from the thirst and the hunger of the Day of Judgment, 6)Allah will grant him liberation from Hell fire, and 7)Allah will feed him from the pure things of Paradise.” [11]

• Worshipping Allah even when asleep: As mentioned earlier fasting is the only type of worshipping Allah that is in no conflict with our day to day transactions. It is narrated from the Prophet of Islam (S): “A faster is in worshipping God even if he is asleep in his bed as long as he does not back-bite any Muslim.” [12]

• Special Entrance for the fasters: It is narrated from the Prophet of Islam (S): “There is a special entrance to Paradise called ‘al-Rayyan’ (satisfaction) none will enter through that gate save the fasters.” [13]

• Angels pray for the faster: Angels are infallible and their prayers are granted, especially if they are commanded by Allah to pray. It is narrated from Imam Al-Baqir (a.s): “Surely, the Almighty Allah has appointed a group of angels for the fasters. They seek Allah’s forgiveness for them in every day of Ramadhan to the end of it. They cry to the fasters every evening at the time the fasters break their fast: Glad tidings for you, O servants of Allah! Indeed you hungered for a little while but you will be satisfied for long. You are blessed and the blessing is in you. Until when it is the last night of the month of Ramadhan, they cry out: Glad tidings for you O servants of Allah. Indeed the Almighty Allah forgave your previous sins and accepted your repentance. Thus, watch how you will act in your new file.” [14]

The Punishment of Not Fasting

To be deprived of all the promised rewards of fasting is the most severe punishment. Fasting is an obligation in Islam denial of which equals blasphemy. “Whoever Muslim does not fast during the month of Ramadhan (without any valid reason), has lost his spirit of Faith,” narrated from Imam As-Sadiq (a.s). [16]