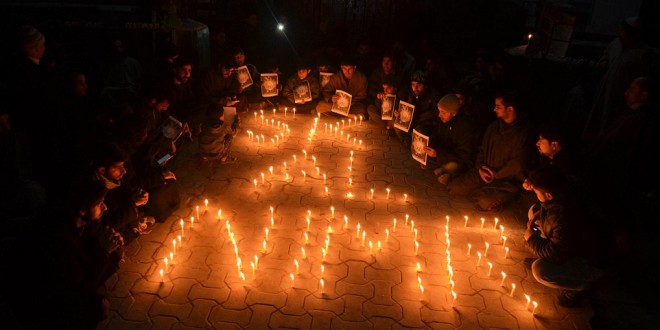 The first time I saw him speaking was on a video posted on Youtube in early 2012. Defiant in his words, firm in his stance. A man in Saudi Arabia, an Islamic scholar, was speaking up against the corruption of the monarchy and government knowing full well he was putting his life in danger as the violent lack of mercy shown by Saudi Arabia throughout its history is evident. In the Summer of 2012 Sheikh Nimr Baqir alNimr was shot and arrested and has been in detention ever since despite worldwide protests and condemnation for over three years, until he was finally executed at the beginning of this year along with 46 others.

An action such as this poses the question, what is the difference between Saudi Arabia and Daesh (ISIS). It is an undying fact that the ideology Daesh bases its actions on is the Wahabi ideology. This same ideology was founded in and has been exported from Saudi Arabia, making the Al Saud family the sponsor and think tank of the group, which is painfully ironic seeing as how Saudi holds the Head position on the UN Human Rights council.  The Al-Saud family financially supports the religious institutions that propagate the teachings of the Wahabi faith, pumping life into the doctrine which also conveniently teaches throughout the land as a key proponent to the creed that; none must rise up against the King whether he be an oppressor or not, a teaching very convenient to the royal family. In the process the teachings of this Wahabi faith began to spread and move into other countries, now reaching Afghanistan, Egypt, Mali, Algeria, Libya, Tunisia, to name a few. A red line was crossed when this ideology began to reach the west, how could these dangerous minded people with a Wahabi doctrine embedded within them reach places like Paris and London?

Saudi Arabia benefits from their doctrine within its own land, but how would it benefit its super power allies? How can it benefit Saudi outside the land and please its western counterparts? It blows the Syria situation wide open, and hence Daesh is born. In sending their indoctrinated pawns in Syria, they them to die for falsehood whilst smoothing things out with the Western powers, because this helps secure Israel’s place in the region by bringing the damage to Israel’s main enemies; the Lebanese Resistance and Iran.

Therefore Saudi damages not only who they consider their enemies by doctrine, but also get rid of the dangerous overspill of their doctrine into the West problem and please their superpower allies. Their indoctrinated pawns allow them to hit two birds with one stone – Saudi Israelia.

To execute a man calling for peace and justice is another in a series of decisions the Saudi regime has taken to expose its true self in recent times following the invasion of Yemen last year, killing thousands of innocent people in the process, not to mention the way they handled the atrocities that took place in Hajj and how the dead were left to rot in the Sun for hours on end. After the execution of Sheikh Nimr however, it wasn’t Saudi Arabia that received the backlash, but Iran. From the very beginning articles reported ‘Iranian cleric executed’, whereas Sheikh Nimr isn’t even Iranian. Saudi Arabia has cut ties with Iran and its allies are following suit one by one after the Saudi Arabian embassy in Tehran was attacked. Those falling into the sectarian game are watching all of this and asking ‘what about Iran? What about their crimes?’, when it was Saudi Arabia who just executed a Human Rights advocator! The BBC is reporting these events with the underlying Sunni vs Shia notions, creating hate and division amongst Muslims and resolving nothing.

First of all, Sheikh Nimr fought for all the oppressed of the land, not just Shias. In a lecture before his arrest he states; “If you are a Shi’i, don’t oppress a Sunni. If you are a Sunni, don’t oppress a Shi’i. Allah will not love you if you oppress or are with the oppressors, the oppressed must stick together.” Those making this into a battle between the different denominations of Muslims are creating an atmosphere of misguided hatred that hurts all Muslims as a whole. We must not fall into that. I would even go as far as to say that it was not a coincidence this took place right after the Prophet Muhammad’s (S) birthday which is known as ‘unity week’, where Sunnis and Shias unite out of love for their Prophet (S). To divide us plays into the hands of the Wahabis, of Saudi Arabia and of terrorism.

Those that make Saudi Arabia and Iran seem like two sides of the same coin are also misleading people. They are two completely different entities, their stances and alliances on their own speak volumes. Saudi Arabia is a main ally to the United States and Israel, whilst Iran has not been silent over Palestine since it’s birth and is Israel’s number one enemy. Whilst Al Saud reaps the benefit of ruling the holy land for its loyalty to the Western governments, Iran has had to fight for its survival for its stances against the same governments ever since the popular revolution of 1979. For one’s mind to jump to Iran as soon as they see Saudi Arabia commit a crime is a sign of prejudice and a product of propaganda, and I would even urge such a person to review the way in which Sunnis are truly treated in Iran without pre-held bias.

This is not a Sunni vs Shia issue. This is an issue about a man of humanity whose blood was shed in defiance of tyranny, who would not be silenced when fighting for the oppressed. If we turn the issue into one of sectarianism then we have truly done the Sheikh an injustice. In unity we will carry out the call of justice together, political parties and sectarianism aside, the same call that Sheikh Nimr roared with his entire life until his blood paved the way for the fall of the tyrannical regime. Sheikh Nimr Baqir alNimr – the lion of Hijaz.

“We have determination to resist your injustice and we will not surrender. The most you can do is kill us, and we welcome martyrdom for the sake of Allah. Life does not end when one dies. Real life begins when one dies. Either we live on this land as free men or we die and be buried in it as pious men”.

Free man you were. Pious man you are.