Short stories from the life of Imam Hassan Al-Askari (as) 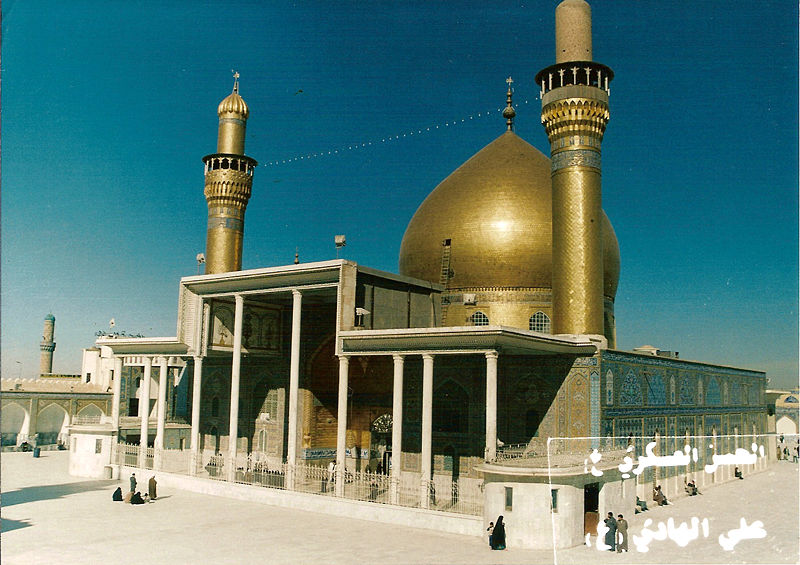 Imam Hassan Askari (as) and fear of Allah (SWT) in His childhood:

The Ahlul Bayt (as) who carries the most wisdom and knowledge of the seen and unseen are they who most fear Allah (SWT) and pass their every second in life reflecting and pondering about the most important subjects.
It is written by the scholars that once our 11th Imam, Imam Hassan Askari (as) who was still a child was standing between some other children who were playing and having fun. Suddenly a lover of the Ahlul Bayt (as) was passing by. But he was trapped with this scene that all the children were playing but a beautiful child was standing alone crying. He decided to approach this child to ask what was wrong, maybe he could help him. He said: “My dear, are you crying because you don’t have the toys other children have. If you like I can bring some toys to you.” Imam Hassan Askari (as) replied: “Do you think I’m crying for the toys. We are not created to play with toys and have fun but to worship Allah (SWT) and seek for knowledge. This lover of the Ahlul Bayt (as) asked him that how he was sure about that and the young Imam Hassan Askari (as) answered: Have you not read the verse of the Noble Qur’an which guides us saying:
“What! Did you then think that We had created you in vain and that you shall not be returned to Us?” (Noble Qur’an 23:115)
This lover of the Ahlul Bayt (as) was impressed with the answer and said: “But why are you so troubled in such a young age. You have not committed any sins. Imam Hassan Askari (as) replied: “Age does not matter. I watch my mother every day when she set fire to the large twigs she uses the small first. I am afraid that may not the young children of this world be used to light the fire of Hell.” Allahu Akbar, the Holy Imam Hassan Askari (as) who is an infallible personality and a Hujjat of Allah (SWT) reflects so deeply, this answer was only a lesson to His followers to ponder over. This capturing story of Imam Hassan Askari (as) is a great learning lesson for us all.

Imam Hassan Askari (as) and the wild animals:

The Abbasids court poet Abu Yousef says: “My hard life, coupled with the birth of a son in this state of poverty, made me write a plea to the Abbasid government for financial help, but I was spurned.
When I got disappointed I remembered the Holy Prophet Muhammad’s (peace be upon him and his pure progeny) descendant Imam Hassan Askari (as). I went to him. I hesitated in informing him of my problem, for I feared that he might not help me because of my reputation as the court poet of the Abbasids.
I wandered around the Imam Hassan Askari’s (as) house for sometime, before knocking at his door. The door opened and to my surprise a companion of Imam Hassan Askari (as) came out and put in my hand a purse, saying: ‘Take these 400 dirhams. My master says cover the expenses of your newborn child with this amount. May God bless you and the child.'”
Abu Yousef said: “I was astounded. I had neither met him as yet nor disclosed the request I entertained at heart, and here I was given the money. I thanked Allah (SWT) for blessing the earth with the presence of such great and generous person.

Imam Hassan Askari (as) and the knowledge of hidden things:

Ismail says, “I was sitting on the way of our 11th Imam, Imam Hassan Askari (as) so that I may stop him while he passes that way and ask him for help.”
Prior to that, I had hidden two hundred (200) golden coins with me as a future provision for myself.
Suddenly, when I was lost in my ideas, Imam Hassan Askari (as) passed by me. I rushed after him, stopped him and told him about my poverty and misery and swear that I had nothing from the material sources.
Imam Hassan Askari (as) was very much annoyed with my swearing. He told his servant to give me what was available with him. The servant put hand in his pocket and brought out a sack of gold and gave it to me.
Then Imam Hassan Askari (as) addressing me said, “We do not deprive anybody from our help but you took a false oath and made Allah (SWT) angry. You must never do that again and not deny the blessings of Allah (SWT) in future and depend upon Allah (SWT) and have hope from him, make use and benefit of the boon which He has given to you. You have concealed two hundred golden coins in a corner so that it may be of use and benefit to you on your rainy day. But beware, you will not have an approach and lay your hands upon them, while you need them.”
Ismail says, Imam Hassan Askari (as) made me aware and conscious about my fault by his words. What he had said did occur.
One day when I extremely needed those coins, I rushed towards the place I had buried them. But when I dug the place I was surprised to see that there was no sign of the coins.
I came to know that my son got informed about them and did an ugly act by picking them up without my permission and running away. Exactly the way Imam Hassan Askari (as) said, that I would not lay my hand upon them at the time of need.
There after, I decided to control myself and put a restraint upon my faults and be a chaste and pious person before Allah (SWT).
Moral: You should trust in Allah (SWT) to look after you. You should thank Allah (SWT) for whatever He has given you. You should never lie, as you will be found out. Even if no-one finds out, Allah (SWT) knows.