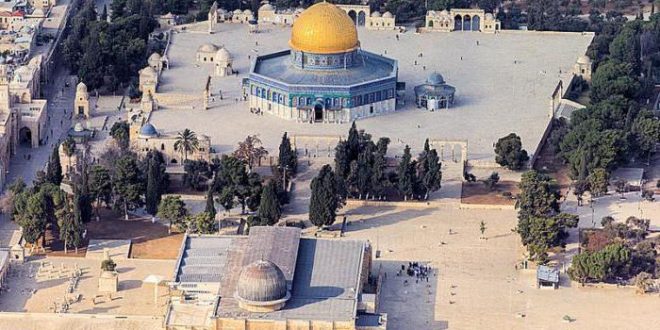 Our extended family’s plan for a destination reunion over the summer holidays hit a snag earlier this year when Al Quds (Jerusalem) got included in the itinerary, with some yearning to visit the sacred city while others (that would be me) refusing to do so while the city is under Zionist occupation.

Al-Quds is fast becoming a hot travel destination for Muslims, and it’s not surprising why. It’s the site of Masjid al Aqsa, one of Islam’s three holiest mosques, the first qibla or direction of prayers, and Prophet Muhammad’s (S) ascension to the heavens in the Night Journey.

Muslim travel to Jerusalem got a boost in 2014 when a group of Islamic scholars issued a joint ruling at a “Road to Jerusalem” conference in Jordan that said visiting Al Quds is permissible as long as doing business with Israelis is avoided. American scholar Yasir Qadhi, for example, takes groups on a 5-night “sacred journey” to Al Quds in the winters for some “iman-boosting” and to witness the “political and economic and social difficulties of that region,” according to his Facebook page.

Citing ahadith, Quranic verses and religious claims, Qadhi considers visiting Al Quds fard kiffaya, or a communal obligation, and some Islamic institutions have been pulling out all the stops to emphasize the religious significance of visiting Al Quds as a way of supporting Palestinain suffering. Meanwhile, other scholars, starting with Imam Khomeini in 1967, continue to forbid their followers from giving any type of legitimacy to Israel, including purchasing visas from the Zionist entity, as a means of ending occupation.

Regardless of the difference in the tactic employed, this focus on freeing Al Quds is exactly what is needed right now as Israel plans for another war. The Zionist state accelerates its annexation of more occupied territories, and its staunchest ally, the United States, prepares to move its embassy to Jerusalem from Tel Aviv on May 14 to coincide with the 70th anniversary of Israeli occupation of Palestine. There’s no doubt things are going to get uglier, and U.S. Senator Lindsey Graham of South Carolina, upon returning from a trip to Israel earlier this month, warned exactly that. He said this next war will be “really bloody” because Israel plans to attack civilian areas in Southern Lebanon, including schools, hospitals, and apartment buildings.

Palestinian liberation organisations are preparing to fight back. Leaders of Hamas (who, by the way, proclaim Muslims should not visit Al Quds under Zionist occupation) have called for a third intifada and anticipate that thousands will protest the embassy move at the Gaza-Israeli border in May. Sit-ins are already underway.

But Israeli and American analysts are banking that Muslim and Arab reaction will be minimal and temporary.

“After two months [international opposition] fades away and 20 years later and 40 years later, [the territory is] still ours,” Israeli education minister Naftali Bennett said during an address to students in New York last week.

As far as mosques in America are concerned, Zionist analysts are correct.

“Mosques are not doing enough,” says Palestinian activist Abbas Hamideh, founder of Al-Awda, a Ohio-based Palestinian refugee support group that has been fighting for the Palestinian right to return for 18 years. “They are afraid of raising their voices.”

“The imperialists and the Zionists are planning a war. What do we do? Bury our heads in the sand like ostriches?” Imam Muhammad Asi, who is one of the few American scholars who regularly champion the Palestinian cause in their khutbahs. “Don’t react! Prepare yourselves. The first step is to think about what is being planned before it’s too late.”

Living in a country considered the lifeline of Israel, Muslims in America have a special responsibility towards Palestine. With or without the blessings of their local mosques— Muslims need to strategise, organise and execute ongoing plans to end their government’s support of Israel, which is the quickest way to get rid of the Zionist occupation.

“Could the occupation continue without the United States?” Gideon Levy, columnist for the Israeli daily Haaretz, asked at the “Israel Lobby and American Policy” conference in Washington this month. “Even not for a few months.”

By moving the U.S. embassy to Jerusalem, Trump has helped return the spotlight on the struggle of the Palestinians. “What Trump has done is a great threat that Palestinians, Arabs and Muslims can turn into the greatest opportunity,” Hezbollah General Secretary Sayyed Hassan Nasrallah recently said.

Looking for ideas on what to do to help free Palestine? Keep reading…

Educate: Most Americans don’t know the truth about the Israeli occupation thanks to a biased media. Organising lectures and teach-ins, writing letters to the editor and sharing information on social media are all ways of building awareness about the plight of the Palestinians. The Zainab organisation in Seattle, for example, held a seminar called “Inqilab (Revolution) & Al Quds, the Capital of Occupied Palestine” in February on the 39th anniversary of the Islamic Revolution in Iran. Using music as a medium of education, activist Ali Salaam launched this month Insight Media, “a hub for God-conscious, revolutionary music from around the world from a wide array of genres…both Muslim and Christian.” It features artists who incorporate themes of Palestinian liberation in their music and lyrics. Hip hop duo Blak Madeen’s song “Windows,” for example, includes the following lyrics: “Falestine, we in the role of David, and our goal is saving a soul so sacred, no hatred.” Lastly, former Pink Floyd star Roger Waters paired up with Palestinian group Trio Joubran and released a song this month called “Supremacy” that objects to President Trump’s decision to move the U.S. embassy to Jerusalem.

Support: Those brave souls who put their careers and even lives on the line to support Palestinian liberation must be backed up when the “antisemitic” accusations come flying, especially now that Zionists are changing the definition of antisemitism to include criticism of Israel. Al-Awda recently organized a rally outside a California courthouse to support pro-Palestinian San Francisco State University Professor Rabab Abdulhadi after she was charged with anti-semitism by the pro-Israeli Lawfare Project. Her charges were dismissed earlier this month.

Expose: Most Americans have no idea that every day America gives Israel $10.1 million of taxpayer’s money. They also don’t realize that many of their government’s policy decisions are made because of the Israeli lobby’s grip on American politicians and influence in the media. One organization that is relentlessly trying to change that is If Americans Knew, which was founded by journalist Alison Weir and aims to expose how Americans suffer from their government’s support for Israel. “Americans need to know important facts that they aren’t learning in the very filtered reporting we get,” Weir said. “We need to know what’s happening in Palestine, and we need to know what’s enabling this in the U.S.”

Exchange: For those who love anything interfaith (you know who you are), this is the perfect time to discuss with Christians the significance of Al Quds not only in the past but also in the future. Israel relies on the support of Christian Evangelicals who believe Jews must rebuild their temple in Jerusalem (on the spot where Prophet Muhammad (S) ascended to heaven) before the return of Jesus as part of dispensationalism, a form of biblical interpretation derived from the teachings of John Nelson Darby of Ireland. “I stand with Israel” is a popular bumper sticker, at least, here in the South. Not only are some Christians ready to stand with Israel but apparently they are also prepared to lay their lives for Israel. U.S. Lt. Gen. Richard Clark said last month that there are American ground troops who are ready to die defending Israel. He said this when in Israel earlier this month for the largest joint U.S and Israel military drill called Operation Juniper Cobra, which for the first time simulated defending Israel on three fronts: Gaza, Syria and Lebanon.

Rally: Palestinian activists are planning to rally on May 15 in major cities across the world to commemorate the 70th anniversary of the Al-Nakba, or the catastrophe of Zionist occupation. The Popular Conference of Palestinians Abroad launched a campaign in Beirut earlier this month called “The 70th Anniversary of the Nakba.” The campaign seeks to bolster unity among institutions “in support of Palestine, which is gaining importance in conjunction with Trump’s efforts to transfer his embassy to the city of Jerusalem.”

At the very least, more Muslims must come out to protest the oppression of the Palestinians (and all others around the world) on Al Quds day in Ramadan. Initiated by Imam Khomeini in Iran in 1980, and endorsed by the Organisation of Islamic Countries in 1988, Al Quds Day rallies take place annually all over the world, including Malaysia, Austria, Nigeria, Pakistan, Britain and the United States.

“The issue of Quds is not a private or personal issue.” Imam Khomeini said. “It is neither the exclusive problem of one country nor a present-day problem of all Muslims. Rather, it is a phenomenon concerning the monotheists and faithful people of all ages-past, present and future.” 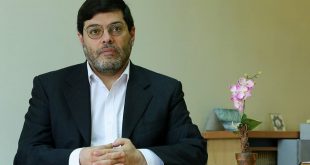 Why the US isn’t to be trusted