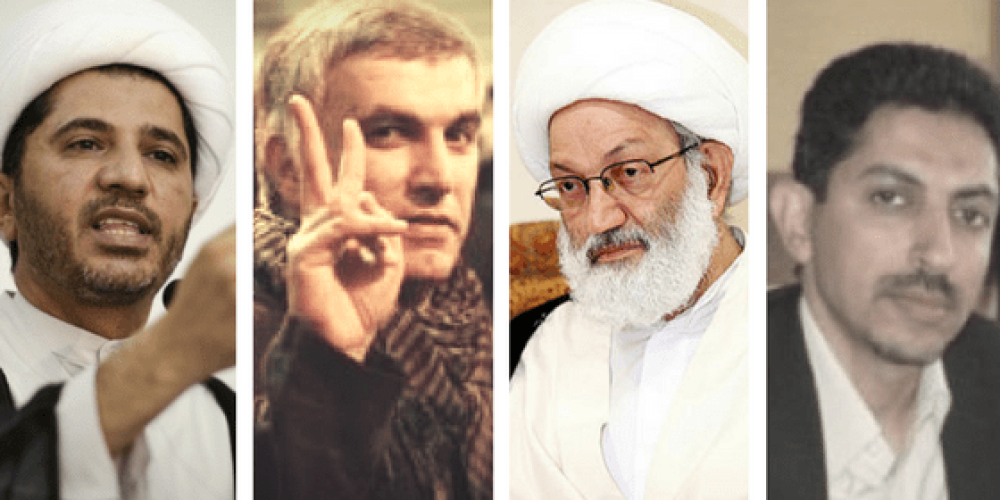 A Silent Cry: The Shia of Bahrain 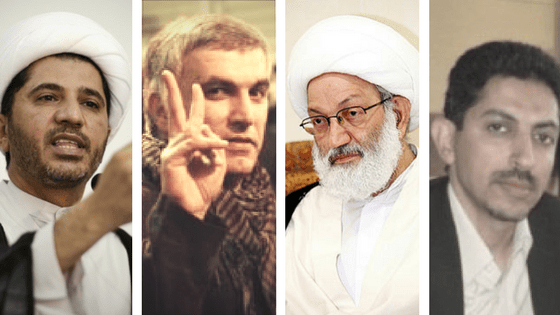 While the world continues to remain distracted, there are people in Bahrain silently screaming. The world repeatedly turns a blind eye to the atrocities perpetrated by the Saudi-backed Al-Khalifa regime. Days after US President Donald Trump highlighted their relation with Bahrain was set to improve, the Bahraini Government carried out a deadly offence killing five defenceless protesters, injuring hundreds, and arresting almost three-hundred activists. The interior ministry of Bahrain labels those martyred in Bahrain as “fugitives”, but it is incumbent upon us to know and remember that the truth is out there for those who wish to seek it. The wave of protests currently taking place in Manama come after prominent cleric Ayatollah Shaykh Isa Qassim had been sentenced to imprisonment earlier this week, and fined 100,000 Bahraini dinars – which is equivalent to almost £204,000/$265,000.  Last year Ayatollah Shaykh Isa Qassim had his citizenship revoked, after being falsely accused of money-laundering; and only the ignoramus would believe these allegations. Special government forces entered the town of Duraz and opened fire on sit-in protesters. Soon after, the residence of Shaykh Isa Qassim was raided. The international community has failed the activists in Bahrain, by being heedless in relation to the crimes being committed by the despotic regime.

The Saudi-backed government has a long track record of prosecuting innocent activists and clerics, including Shaykh Ali Salman (leader of the Al-Wefaq political opposition bloc that was dissolved by the regime). Shaykh Ali Salman was sentenced to four years in prison in 2015 on charges relating to “publicly inciting hatred, an act which disturbed public peace, inciting non-compliance with the law and insulting public institutions.” [1] Further to this in May 2016 the Bahraini Court of Appeal upheld the four-year imprisonment sentence, and additionally punished Shaykh Ali Salman for “attempting to overthrow the regime.” – Shaykh Ali Salman will remain incarcerated for nine years. Other prominent human rights defenders such as Abdulhadi Al-Khawaja and Nabeel Rajab have also been arbitrarily arrested and sentenced to imprisonment.

Abdulhadi Al-Khawaja was sentenced to life imprisonment in 2011 for allegedly “financing and participating in terrorism to overthrow the government.”  Abdulhadi Al-Khawaja has been subjected to physical and sexual torture in prison since April 2011. Nabeel Rajab has been incarcerated by the Bahraini regime on numerous occasions. For the last three hundred and forty-five days, Nabeel Rajab has been imprisoned for tweeting. [2] The Bahraini authorities arrested Nabeel Rajab in 2015 for “spreading rumours” and “insulting a neighbouring country” on the Twitter platform. Both detainees remain a symbol of resistance for activists around the world. Hundreds of activists continue to protest peacefully in Bahrain, despite the brutal crackdown as fear is no longer an option. These cases explicitly exemplify the heightened dictatorship of the Bahraini regime, and one must question, what it is that the Bahraini regime fears that it silences those who yearn for freedom. Why does the regime imprison those that voice their concerns on social media? Why do Bahraini authorities shut down news outlets and TV stations that air criticism of the Government? The answers are crystal clear.

For decades, the Shia of Bahrain have been maligned, incarcerated, and silenced by the despotic Bahraini regime; and while some portray this to be a sectarian strife, it is not. For this struggle is not a Sunni vs. Shia, as the Al-Khalifa dynasty are the embodiment of Takfiri extremism. This extremism flows in the blood of the Al-Saud family that are interrelated to the Al-Khalifa monarchy that rule Bahrain. The crackdown on Shia citizens in both Saudi Arabia and Bahrain has been existing for decades, and sadly bodies such as the United Nations have failed minorities. The same regime that killed Shaykh Nimr Baqir al-Nimr, another Shia human rights defender in Saudi Arabia, was given a seat on the UN Human Rights Council. The hypocrisy is nauseating. Let us not forget that Saudi Arabia is the biggest state sponsor of terrorism; the terror attacks taking place globally today are supported by Saudi preachers that indoctrinate children as young as five to kill innocent people, and it is the British and US governments that endlessly endorse Saudi Arabia. Many tend to question when this repression will end but how many of us have protested against Western governments that continue to maintain close ties with the regime – a regime that exports terror with the help of Saudi Arabia. UK Prime Minister Theresa May has absolutely no qualms shaking hands and dining with killers dressed in robes with villainous smiles across their faces. Theresa May recently visited in December 2016 at a meeting with the Gulf Cooperation Council in Manama, and as always, failed to address the dire situation in Bahrain despite human rights groups urging her to do so. Just like the Al-Saud and Al-Khalifa families – Theresa May must be held accountable for the deaths of innocent people. Let us also not forget the words of UK Foreign Secretary Boris Johnson who said about the human rights violations in Bahrain:

“So far, we do not believe that there has been a clear risk of a breach of the international humanitarian law. At the moment, we do not think the threshold has been crossed.”

So how many innocent individuals need to be butchered by the Bahraini regime for our governments to realise a line has been “crossed”. How many mothers need to witness their children wearing white shrouds after being killed in cold blood? How many more bullets need to be shot? What will it take for us to stop and realise that we need to rise collectively? Our silence legitimises the atrocities carried out in Bahrain. Regardless of one’s religion, ethnicity, nationality or background we have a duty to fulfil. We all have responsibilities – and one does not need to be Bahraini to seek justice for those that need our help in Bahrain.

Many a time we silently witness monstrosity around the world, we become distracted as the mainstream media does a good job of ensuring we do not focus on what truly matters – but this can no longer be the way forward. The time has come for us all to rise and ensure justice prevails. All efforts must be exhausted, for we will be questioned by the Almighty as to what we did to help the helpless. As constituents we have the right to write to our government representatives, we have the freedom and the right to protest, we have the ability to make a change – thus collectively we need to strategically stand up and speak out. If you can organise a protest, or if you can attend one – then do so. Numbers are crucial; and if you cannot do so then either write to your government representative, speak out on social media platforms, and encourage others to do the same. Together we must raise our voices and educate those who may not know the truth.

Allah (swt) says to the believers in the Holy Quran:

O You who believe, uphold justice and bear witness to Allah, even if it is against yourselves, your parents, or your close relatives. Whether the person is rich or poor, Allah can best take care of both. Refrain from following your own desire, so that you can act justly- if you distort or neglect justice, God is fully aware of what you do. (4:135)