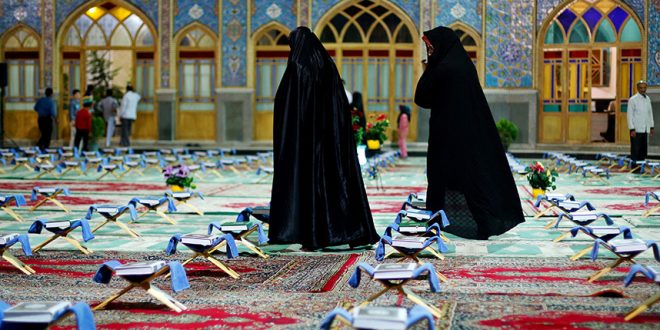 The Spiritual Dimension of Fasting by Sayyid Muhammad Rizvi

Levels of Fasting: A Peek into the Spiritual Dimension

Why do we stay thirsty and hungry for 30 days? Why do we go through this hardship?

Well, yes there is a physical benefit in fasting. According to a June 2014 report published by the scientists at the University of Southern California, “fasting for as little as three days can regenerate the entire immune system, even among the elderly.” They said that this discovery could be particularly beneficial for people suffering from damaged immune systems, such as cancer patients on chemotherapy.

On a social level, fasting of Ramadhan softens our hearts to be more charitable towards the less fortunate ones in the society. It decreases the gap between the poor and the rich.

However, the main purpose of the fasting as stated by Almighty Allah Himself is the spiritual dimension:

“Taqwa” can be translated as piety, as guarding oneself (against displeasing God) or God-consciousness. It is a spiritual power by which a person refrains from doing things that will displease Allah – and this thought or feeling is based on the love that a person has for Allah.

Based on this, the scholars of ethics as well as the spiritual masters, have divided the fasting into three levels.

The basic level of fasting is the fasting of the stomach. Stomach here is symbol for physical desires of all types: food, drink and sexual desires.

This is a level where the person refrains from the things mentioned in the list of “muftirat – things that are forbidden while fasting, things that invalidate the fast.”

By maintaining this level of fasting, people fulfill the duty of observing the fast and protect themselves from the Hell-fire.

This is the level which has been described in the famous hadith as: “Many are those for whom fasting was nothing but hunger and thirst.”

This is a level above the basic level. In this level, the person does not refrains from the things forbidden in the list of muftirat, he or she also refrains from misuse or wrong use of the other faculties of the body such as the tongue, the eyes, the hands, the feet, etc. In words of Imam ‘Ali, this is the fasting of the tongue and other limbs.

When a person elevates his fast to the moral level, he has not only protected the self from punishment but also attained the reward (thawab) promised by Allah.

Look at the ten items in the list of muftirat. Nine of them are related to physical desires or the bodily aspects of our being. One of them deals with the speech: falsely ascribing a statement to Allah and the Infallibles. This last and unusual item is worth our consideration: it is not only ascribing a false statement to Allah and the Infallible Ones forbidden (haram), lying and uttering a false statement is haram in general. But only the former invalidates the fast while the latter does not! This is a window from the ritual/basic level of fasting into the moral level.

Referring to this level of fasting, Imam Ja‘far as-Sadiq (a.s.) said: “Fasting is not only about food and drink that a person refrains from eating or drinking. In reality, when you fast, then your ears, your eyes, your tongue, your stomach and your private parts must also fast. Restrain your hand and your private parts (from haram), and mostly maintain silence except for something good, and be lenient towards your servant.”

Another example that shows the difference between the basic level and the moral level of fasting is that of ghibat, back-biting. We know that back-biting is haram, a prohibition greatly abhorred by Almighty Allah. But ghibat is not in list of the muftirat. Yet the Prophet

Muhammad (s.a.w.) said: “The person who is fasting is in the state of worship (‘ibadah) even when he is sleeping on his bed – as long he has not back-bitted a Muslim.”

What this Prophetic statement says is that if you backbite a Muslim while fasting, your fast is technically still valid—you will not have to redo it or pay fidya or kaffarah or be punished for missing the fast. However, by backbiting a Muslim, you have lost the extra benefit of the moral level wherein even your state of sleep was considered an act of worship and your breathing was glorification (tasbih) of Allah!

This is the level of the exceptional people (khasul khass), this is the fasting of the heart in which one focuses only on Almighty Allah and refrains from focusing on mundane issues of this world.

Those who elevate their fast to this level have been described by the Prophet Muhammad (s.a.w.) as “the guests of Allah” and “those who have the honour (karamah) of Allah).” In his famous sermon, he said:

“It is the month in which you have been invited to be guests of Allah, and you have been made in it the people who have the honour of Allah.”

Let us end with and extract of the Du‘a no. 44 of as-Sahifah as-Sajjadiya of Imam Imam Zayn al-‘Abidin ‘Ali ibn al-Husayn al-Sajjad:

O Allah, bless Muhammad and his Family.
Inspire us with knowledge of its (Ramadhan’s) virtue, veneration of its sanctity, and protection from what You have forbidden within it.

And help us to fast in it by restraining our limbs from disobeying You and by employing them in that which pleases You so that we lend not our ears to idle talk and we don’t let our eyes easily glance towards (haram) diversion, and so that we stretch not our hands towards the forbidden (things) and stride not with our feet towards the prohibited (places), and so that our bellies hold only what You have made lawful and our tongues speak only what You have exemplified, and so that we undertake nothing but what brings us close to Your reward and pursue nothing but what protects us from Your punishment!

Then rid all (of those good points) from the false show of the false-showers and the fame seeking of the fame-seekers, lest we associate therein anything with You or seek therein any object of desire but You!