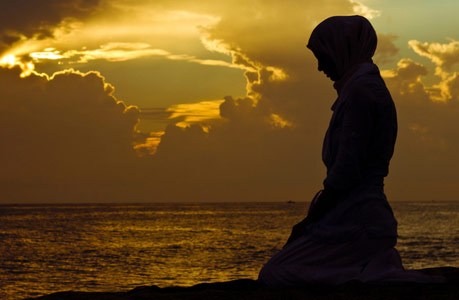 Spiritualism   has   been   metaphorically  considered  to  be  a form  of  intoxication  throughout history. As with any metaphor, this overshadows a large portion of what true spirituality actually entails. Many  famous  poets  have  referred  to wine and drunkenness to express how one  feels  when  in  a  spiritual  state. Shouldn’t   one   feel   beside   oneself when  in  a  state  of  spiritual  wonder?  Shouldn’t  one  feel  intoxicated  when they connect to the divine?

I remember volunteering for a group of students visiting the Shrine of Imam al- Rida  (a)  in Mashhad, Iran. The students had travelled from the United Kingdom just to visit this shrine. They were typical young English Muslims, using weird British  slang  (which  took  some  time to  get  used  to).  Since  they  did  not  fit into  the  “ultra-religious/spiritual”  box, I  wondered  what  effect  visiting  the shrine would have on them.

The students put their heads down in deep  thought  as  we  rode  the  bus  to the shrine for the very first time. To my astonishment, when we reached it and they alighted the bus with their eyes fixated on the golden dome, they started to weep. The visit turned out to be an incredibly strong emotional experience for  the  young  boys  and  girls.  Then, when we returned to the hotel, one of the  students  said  that  he  felt  as  if  he was on “a spiritual high.”

He used the term “high” to explain how he  felt  spiritually.  Spirituality  can  be described as the strong feeling that one experiences when one connects to the divine.  This intense experience creates a sense of extreme internal satisfaction which  is  compared,  through  similar metaphors,  to  the  feeling  that  one experiences when he is intoxicated by wine, or even narcotics.  It is a state of true consciousness.

This is not a modern metaphor. It has been  used  throughout  history.  Many poets  have  tried  to  express  their  feelings  when  they  enter  a  state  of  spirituality.  Such  metaphors  are  found  in the poems of Jalal ad-Din Muhammad Balkhi, popularly known as Rumi. Many of his poems mention wine and drunkenness,  even  though  he,  as  a  devout Muslim mystic, never drank any form of alcohol. Take the following poem as an example: “The God-Intoxicated are not sobered by old age, They remain beside themselves ‘’til the last trump.” (Rumi, 176)

Rumi  uses  phrases  which  support  the metaphor  “spirituality  is  intoxication.” First, he states “God-intoxicated.” This is  a  significant  phrase  because  it  tells the reader which “drug” intoxicated the characters of his story. The drug is God. Thus,  becoming  intoxicated  with  God produces an intense feeling which can-not be sobered, or depleted by old age. Becoming “sober” here means breaking the   strong   metaphysical   connection that they have with the divine.

It  is  interesting  that  he  also  uses  the phrase   “They   remain   beside   them-selves.” These points to the out-of-body experience  that  many  claim  to  have experienced.  The  poet  does  not  mean that  they  are  literally  souls  outside  of their bodies, watching themselves.

Many  forms  of  narcotics  produce  hallucinogenic effects. One of these could be the imagined sensation of witnessing one’s body from outside. Furthermore, the sensation of “not being oneself” is common  amongst  intoxicated  people. While intoxicated, when someone says or  does  something  that  he  normally would not do, he usually apologises by saying that he “wasn’t himself” or “that was the whiskey talking.” (Rumi 18)

By  stating  that  “they  remain  beside themselves,” Rumi tells us that they are not in their normal states; they are in a spiritual or elevated state, intoxicated with  God.  He  also  mentions  that  they will  remain  in  this  state  “’til  the  last trump.”  “The  last  trump”  refers  to  the trumpet  which  will  be  blown  on  the Day of Judgment, summoning everyone to  the  court  of  the  divine.    Thus, he tells us that, unlike wine, the spiritual high  does  not  wear  off.    Believers  do not  have  to  come  down.    They  can remain  in  this  elevated,  spiritual  state until the end of time.

Metaphors  are  useful  linguistic  tools. They allow us to express our opinions in  an  eloquent  and  imaginative  way. But,  just  as  a  metaphor  explains  one aspect  of  a  concept,  it  overshadows other   aspects.   Lakoff   and   Johnson explain  this dimension  of  metaphors:

“The  very  systematicity  that  allows  us to comprehend one aspect of a concept in terms of another [e.g., comprehending an aspect of spirituality in terms of intoxication] will necessarily hide other aspects of the concept. In allowing us to focus on one aspect of a concept [e.g., the intoxicating aspects of spirituality], the metaphorical concept can keep us from  focusing  on  other  aspects  of  the concept that are inconsistent with that metaphor.”

When  someone  treats  spirituality  to be a form of intoxication, he will chase this  high  just  as  a  drug  addict  chases the  highs  of  cocaine  or  heroin.  Just as  the  drug  addict  will  do  whatever  is necessary  to  get  high,  this  mystic  will do whatever he can – even if it means disobeying  the  laws  laid  out  by  the divine  –  to  achieve  the  high  of  spirituality.  For  instance,  a  Muslim  once told  me  that  he  smokes  marijuana  in order to prepare himself for his nightly spiritual  journeys.  However, marijuana is prohibited by Islamic law. Hence, this person  is  disobeying  the  laws  of  one whom he perceives to be God in order to become spiritually connected to him.  This is absurd.

Therefore, Islamic scholars, such as the poet Rumi, believe that there are stages to Islamic spirituality. The first stage is piety, which, in Islamic terms, is a state that  a  Muslim  obtains  when  he  sincerely  intends  to  perform  all religious obligations  and  observes  all  religious prohibitions.   The   Quran   describes a  spiritual  journey  whose  provisions should  be  piety:  “And  take  provision, for  indeed  the  best  provision  is  piety. So  be  pious  towards  Me,  O’  you  who possess intellects.” (2:197) The Islamic tradition holds that as long as one fails to  reach  this  level  of  piety,  he  will  be unable to benefit from the higher levels of spirituality that are mentioned in the poems of mystics such as Rumi.

Thus,  although  the  metaphor  of  spirituality  as  intoxication  has  been  used throughout  history,  it  can  be  misleading for one who does not look at other dimensions of the lofty concept. If one does not look into these overshadowed dimensions, he can mistakenly perform actions which would sever his spiritual connection  with  the  divine  –  the  very connection he is trying to achieve. One must  therefore  take  care  in  accepting  the  truth  or  value  of  metaphors because  important  dimensions  of  the concept  are  invariably  overshadowed every time a metaphor is used.