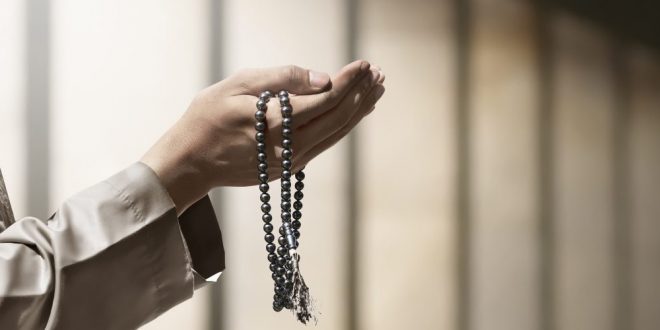 A stepping-stone to Islamic activism

‘Then did you think that We created you without use and that to Us you would not return?’ (Qur’an 23:115)

Allah (swt) created humanity and did not leave them to wonder on the face of this Earth aimlessly. Instead, Allah has constantly sent Messengers and Prophets to guide humanity. These Prophets who were relevant to their time spoke with the tongue of their people and were sent one after another until the final message would come, a comprehensive message.

This final divine message contains themes and over a period of twenty-three years the Prophet (s) would relate them faithfully to the people using the same words in the form of verses. Sayyid Tabataba’i in ‘The Quran in Islam” mentions that the “Prophet (s) thus used the meaning of the verses to call the people to an understanding of faith, belief, social laws and individual duties”.

‘Your companion has neither strayed nor erred, nor does he speak out of desire, It is naught but a revelation revealed’ (Qur’an 53:2-4)

The Prophet (referred to as ‘Your companion’) does not speak out of desire – a sudden and unaccountable change of mood or behaviour. This indicates both that he did not author the revelation himself and that his own speech is guided. Together, we can say that the Prophet (s) delivered a true religion – or as referred to by numerous commentators of the Quran as ‘a true way of life’- which is not subject to his own ideas or desires.

This way of life, as prescribed by Allah, conceptualises the idea of returning back or the spiritual journey of meeting Allah and the implications of those who ‘expect to meet their Lord, let him work righteousness, and, in the worship of his Lord, admit no one as a partner’ (Quran 18:110). Otherwise, ‘Those who rest not their hope on their meeting with Us, but are pleased and satisfied with the life of the present, and those who heed not Our Signs, their abode is the Fire, because of the (evil) they earned.’ (Quran 10:7-8)

Hence, the destination and aim for which mankind was created for is to return to Allah, ‘O you who believe! Guard your own souls: If youfollow (right) guidance, no harm can come to you from those who stray. The goal of you all is to Allah: it is He that will show you the truth of all that you do.’

Derived from this concept of meeting our Lord, Muslims calls upon their Lord numerous times in their daily prayers ‘Show us the Sirat Al Mustaqeem(straight way)’ (Quran 1:6), because the best and quickest way to reach this aim is through the Sirat Al Mustaqeem. The Quran exemplifies this understanding through the prophets (as), the best of which is the final Prophet Muhammad (s).  Hence we should, in fact we must, follow those who have been guided,‘those are the ones (Prophets) whom Allah has guided: So from their guidance take an example’ (Quran 6:90).

Now, since we have briefly explained the necessity of following the prophets (as); hence the necessity of preserving the guidance from Allah, we can begin to follow the path of prosperity and progress as Allah’s trustee on earth (Quran 2:30).

‘We have already sent Our messengers with clear evidences and sent down with them the Scriptures and the balance that the people may maintain [their affairs] in justice.’(Qur’an 57:25)

Islam addresses humanity, on an individual and social level, and therefore reinforces its relevance in driving a way of life. From which, Islam helps materialise the true concept of human life in all its preliminary aspects and relationships.

Classical and contemporary scholars of different schools of thoughts, throughout history have argued for the necessity of Islam, a divine constitution in our daily lives, not only as a influence but also as a governing body –a complete system. Shaheed Sayyid Muhammad Baqir Al-Sadr refers to this complete system, in ‘The Imams, and their role in preserving the message of Islam’, where he mentions that  “Islam is a comprehensive, complete, and universal message for life”. As a result, through its teachings we can ‘lead mankind out of the depths of darkness into light’ (Quran 14:1).

This complete system, which remains compatible through Islam, teaches humanity the arts and sciences of dealing with life. For this very purpose the Quran speaks of this system using the Muslim Ummah to be a practical example:

‘You are the best nation produced [as an example] for mankind. You enjoin what is right and forbid what is wrong and believe in Allah…’(Qur’an 3:110)

Notice that the verse speaks of right and wrong, an intrinsic moral understanding, followed by having faith in Allah. Interestingly, some understand this verse to mean that Muslims should be the best community and that they should live up to this expectation, a reading which is possible because the verse can be read in either a present or past tense.

Therefore, one of the functions of Islam is that it moulds human life according to this concept, the concept of believing in Allah, and gives it a practical form. Under this context, religion takes its true role as being the most influential social institute or movement that is significantly associated with people’s attitudes, values, and behaviours.

No one would deny that humans are social beings who co-operate with each other to better meet their daily needs. Understanding these requirements isone of the central themes of the Quran, which seeks to establish a viable social order on Earth that will be just and ethically based. Hence the saying, “The sovereignty of ethics is the basis for the sovereignty of the law, and the hearts must be led before a government of bodies is established”. The Quran teaches people,through its divine worldview, Islam, to “enjoy what is good and forbid what is evil” (Qur’an 3:104, 110; 9:71), and therefore consistently representing the social dimension of taqwa.

He who obeys Allah and His messenger, and fears Allah, and is conscious of Him: such indeed are the victorious.(Qur’an 24:52)

Hence, in Islam an individual should not disconnect himself or herself from social responsibility. Islam does not support people’s desires, unlike materialistic worldviews, which are expressed in their concepts, institutions, modes of living, and habits, whether they are prevalent or not, both in the East and in the West. Instead, it is expressed by believing in Allah, having taqwa in Allah, and in his Messenger (s); from which Allah ‘will provide for you a Light by which you shall walk (straight in your path)…’ (Quran 57:28).

The above is only a stepping-stone for us to approach our social responsibility, but to do so; we should first seek to understand faith with two main aspects, the Divine and the human, and the relationship between them.