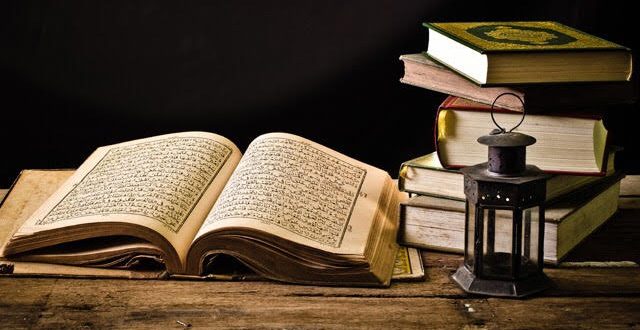 So do not weaken and do not grieve, and you will be superior if you are [true] believers. [Quran 3:139]

Some scholars [1] mention that this verse indicates that the believers had felt infirmity and grief because of the pain afflicted in the battle of Uhud. However, this verse also promises superiority, an ‘upper hand’, followed by the proviso ‘if you are [true] believers’. It, therefore, as highlighted by Allamah Tabataba’i [2], gives the following meaning: “You should not be weak in your will-power, nor should you grieve for the lost victory, if you are true believers. It is because belief is bound to give you an upper hand over your enemies — belief is accompanied by piety and patience, and these two are the basis of victory and triumph.”

Hence it describes a state, which should remain fixed in the believer’s heart in the face of everything, every condition, every victory, and every tribulation. This is the superiority of faith, a permanent truth embedded in everything we do and see, which ought to inspire the believer’s consciousness, thoughts, and estimates of things. Surely, a believer in Allah, His attributes, the Prophetic teachings, is far superior in his understanding, conscience, values and standards by which he measures everything.

In Islam, we learn that there is no contradiction between faith and knowledge, instead they, as Shaheed Mutahhari describes [3], “supplement each other” by giving us both light and direction; hence harmonising the world with man, and man with himself. Moreover, according to the Qur’an and Islamic narrations, faith can be translated as a divine light that makes our hearts, tongues and limbs a subject of divine manifestations. Therefore when the Quran and Islamic narrations talk about faith, it is referring to a “productive faith”, as described by Imam Khamenei [4], which is like a flowing spring: full of commitment, obligation and duty.

Throughout the Qur’an, we have numerous verses, which support the reality of faith, as described above, and what it drives, ‘righteous deeds’; consequently denouncing a subjective faith that brings no sense of responsibility or commitment:

Indeed, those who believe and do righteous deeds and establish prayer and give zakah will have their reward with their Lord, and there will be no fear concerning them, nor will they grieve. [Quran 2:277]

Indeed, those who believe and do righteous deeds – for them is a reward uninterrupted. [Quran 41:8]

The only statement of the [true] believers when they are called to Allah and His Messenger to judge between them is that they say, “We hear and we obey.” And those are the successful. [Quran 24:51]

After we have established a conscious faith, we can truly begin to express our loyalty by saying  “We hear and we obey” that which Allah and His Messenger declare before being among the successful and those who remember the favours of Allah [see Quran 5:7]. Therefore we are expected to surrender to Allah in a manner, which is unconditional; in return we seek His pardon, bearing in mind that to He is our final destination [see Quran 2:285].

Treading on the path of the Prophet (s), the path of guidance, means that a believer must remain committed to the requirements of their faith in all affairs of life, not just when their interests are aligned with what faith requires. Hence Islamic faith causes us to act for the sake of Allah, and believing in His promises. As a result, the believers now stimulate progression, intellectual discourse, spirituality and insight as they break away from the servitude of all that which takes him to disbelieve and darkness, and instead they begin respond to that which gives him life [see Quran 8:24] and into the light [see Quran 2:257]. Now Islam’s theoretical foundation – belief – materialises in the form of an organised and active group, becoming a real representation and accurate mirror of its belief.

An Islamic movement, which in essence is a set of organised and collective work undertaken by the people to reform society should seek to embed a faith-driven culture, which is based on consciousness and away from blind imitation. As a result, unlocking the treasures of thinking and wisdom in the lives of humanity. An Islamic movement, its priorities, structure, objectives etc. is out of the current scope of this topic, however, will be discussed in the future.

The Bedouins say, “We have believed.” Say, “You have not [yet] believed; but say [instead], ‘We have submitted,’ for faith has not yet entered your hearts. [Quran 49:14]

This verse again illustrates that verbal faith does not represent what having faith necessitate, and instead distinguishes between submitting before faith and submitting after faith. Faith is that which is continually ignites the thoughts and actions of the believer and “And when His signs are recited to them, they increase their faith” [Quran 8:2]. This indicates that there are stages to faith, which increases, not despite a lack of evidence, but rather because the proofs of His Lordship are overwhelming. These signs can be comprehended through our senses and reason, which brings forth arguments that firstly affirm that existence of immaterial realities (i.e. consciousness, objective moral values etc.) and then reinforces the proofs of Allah’s existence (i.e. through the Fitrah, Cosmological, Ontological, Teleological arguments etc. [7]). True faith, then, must manifest itself in the heart as sincerity, on the tongue as affirmation, and on the limbs as action.

Allah will raise those who have believed among you and those who were given knowledge, by degrees. [Quran 58:11]

This verse describes that upward ascension towards Allah, also referred to by Ayatollah Jawadi Amuli, as a spiritual journey [8], which continuously takes those who have faith and knowledge towards a higher position. Again, from this, we can draw that there are stages [degrees] to faith [6]. Therefore we must continue to strive in cleansing our hearts and actions through obedience to the command, content with the [divine] ordainment, and finally fully submitting [see Quran 4:65].

Reflecting on these words arouses the mind to ask why the last group of people are being cursed, those who merely heard or was aware of the events that lead to the Martyrdom of Imam Hussein (as)? How can someone be mindful of the tragedies and yet rest in satisfaction? Does Islamic faith, which arises, from knowledge and unshakable conviction in the Allah cause someone to be silent in the face of oppression? These are the questions we should ask ourselves next time we hear about the oppression and killing of Palestinians, Yemenis, Bahrain’s and the humanity at whole. As mentioned before, faith is manifested through righteous deeds which should cause the believer to align his entire existence to that which is true – to that which is justice, while also considering a well-known Islamic principle that the change of responsibility comes with the change of time, place and situation, which was clearly illustrated from social political movement of the Prophet (s) and Imams (as) – and despite all the pressures, threats, and when “…the people have gathered against you…” not only do the believers remain firm but their faith begins to increase “…and they said, “Sufficient for us is Allah, and [He is] the best Disposer of affairs.” [Quran 3:173}. Bearing in mind that faith has its stages, as mentioned before, and therefore we should continuously seek to increase our knowledge and understanding in the foundations in the religion of Islam (the approach to life) and mirror this through our actions, of course only if we truly seek and yearn to quench this thirst, towards the proximity of Allah swt.

The Quran highlights several benefits of faith; the following are just to name a few:

To conclude, I would like to address my dear Islamic activists. Those who remain in obscurity and those who are known, whose hearts and limbs will become a subject of His divine manifestations and those who will soon taste the sweet pleasure of conversing with Him. Increase your faith in Allah, in its deepest sense until it penetrates into the veins and arteries of your body. Then remain firm, but also wise, against all that which calls for Istikbār [9] and  “Do not fear and do not grieve but receive good tidings of Paradise, which you were promised.” [Quran 41:30].

Finally, I ask for Allah’s forgiveness, the Sustainer of the creation.