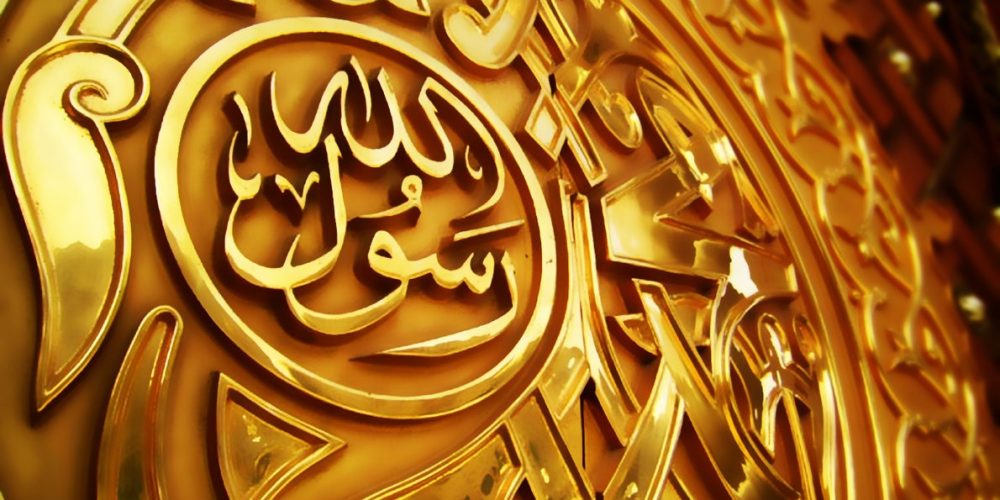 “Excellent adab is the ornament of the intellect.”1    – The Noble Prophet (S)

“I would hate for a man to pass away from this world while still not having adopted any of the attributes of the Noble Prophet (S).”2   – Imam Ja’far as-Sadiq (as):

It is clearly evident that a compilation of the narratives that are related to the sunnah and adab of the Holy Prophet (S) would be an important service that would help to protect the spirituality of Islam and as this type of book becomes a source of information about the lifestyle of a man from the most perfect of men, it is of utmost importance….

On His (S) relationship with the people

In al-Makarim, quoting from the book al-Nubuwwah: From ‘Ali (as) who said: When the Noble Prophet (S) shook hands with someone, he would never withdraw his hand until the other person withdrew his hand first and when he was occupied with someone in fulfilling his needs or conversing with him, he would never leave until the person himself left first. When someone was talking with him he (S) would not become silent until he became silent, and he was never seen stretching his leg forward in front of the person sitting with him. He did not choose between two options except that which was the more difficult of the two.
He would never avenge himself for any wrongdoing until it violated the sacred ordinances of Allah, at which point he would become angry for the sake of Allah (SwT). He never ate while leaning (on anything) until he left this world. He was never asked for a thing to which he replied: “No”; and he never turned away a needy beggar without giving to him what he needed or (if he did not have it) saying some kind words. His prayer was the lightest.3  His sermons were the shortest and the least irrelevant. He would be recognized by his fragrance when he approached.
When he ate with a group of people, he would be the first to start and the last to stop eating. When he ate, he would eat from what was in front of him and if there were dry dates or fresh dates would he would extend his hand (to take from it). When he would drink, he drank in three draughts, and he would drink water in sips and would not gulp it down. He used his right hand for his food and his left hand he used for anything other than that. He loved to begin with the right side in all his affairs, from wearing clothes to putting on shoes to combing his hair.
When he called out, he would call out thrice. When he spoke he spoke concisely and when he sought permission to enter he did it three times. His speech was clear and simple such that whoever heard it understood it and when he spoke, it would be as though light was coming out from between his front teeth, so that if you saw him you would say: He has a gap between his teeth, but actually he did not.
He would look with short glances (without staring), and he would not talk to anyone about a thing that he disliked. When he walked he would raise his feet as though he was descending a declivity. He would say: “The best from among you are those with the best akhlaq.” He would neither criticize the taste of food nor praise it. His companions would not dispute with each other in his presence. Whoever spoke of him would say: “I have never seen anyone like him, neither before him nor after him.”4
___
When he sat to eat, he would sit with humility, and he would lick his fingers (after eating) and he never belched – ever. He would accept the invitation of the free man and the slave alike, even if it were only for the fore leg or trotters (of sheep). He would accept any gift. Even if it was only a small amount of milk, he would drink it; but he would not accept charity. He would never stare at anyone’s face. He would get angry for his Lord, not for himself.
He would not be harsh towards anyone and would accept the apology of the one who sought pardon from him. Of all people, he used to smile the most – except when the Qur’an was being revealed to him and when he was exhorting or admonishing the people. He would sometimes laugh (but) without guffawing.
He would neither stand nor sit except by remembering Allah. When someone came to sit with him while he was praying, he would shorten the prayer and turn to him saying: “Do you need something?” Most of the time, he would sit placing both his shanks upright (clasping them with his arms). He would sit (in the first empty space) at the end of the assembly, and he would mostly sit facing the Qiblah.5

His Du’a when he stood up from where he was sitting
From al-Ghazali in al-Ihya’: When he would stand from where he was sitting he would say:
سُبْحَانَكَ أَللٌّهُمَّ وَبِحَمْدِكَ أَشْهَدُ أَنْ لاَ إِلٌهَ إِلاَّ أَنْتَ، أَسْتَغْفِرُكَ وَأَتُوبُ إِلَيْكَ.
“Praise be to You O Allah And by Your Glory! I Bear witness that there is no god but You. I seek repentance from You and I turn to You.”6

His Du’a when he retired to his bed
In al-Makarim: When he (S) retired to his bed, he would lie down on his right side and place his right hand under his right cheek, then he would say:
أَللٌّهُمَّ قِنِي عَذَابَكَ يَوْمَ تَبْعَثُ عِبَادَكَ.
“O Allah! Keep me safe from Your Wrath on the day when You resurrect Your servants.”7

His Du’a when he touched the food
In al-Makarim: When he placed his hand on the food he said:
بِسْمِ اللٌّهِ، بَارِكْ لَنَا فِيمَا رَزَقْتَنَا وَعَلَيْكَ خَلْفَهُ.
“In the name of Allah, (O Allah!) bless for us from what you have given us of sustenance and upon You do we rely for its replenishment.”8

His Du’a when Distressed or Troubled
From Shaykh Tusi in al-Amali: Narrated from Zayd, from his fathers, from ‘Ali (as), who said: Whenever the Noble Prophet (S) was distressed or troubled he would recite the following du’a:
يَا حَيُّ يَا قَيُّومُ، يَا حَيّاً لاَ يَمُوتُ، يَا حَيُّ لاَ إِلٌهَ إِلاَّ أَنْتَ، كَاشِفَ الْهَمِّ، مُجِيبَ دَعْوَةِ الْمُضْطَرِّينَ. أَسْأَلُكَ بِأَنَّ لَكَ الْحَمْدَ لاَ إِلٌهَ إِلاَّ أَنْتَ الْمَنَّانُ، بَدِيعُ السَّمٌوَاتِ وَالأَرْضِ ذُو الْجَلاَلِ وَالإِكْرَامِ، رَحْمٌنَ الدُّنْـيَا وَالآخِرَةِ وَرَحِيمَهُمَا، رَبِّ ارْحَمْنِي رَحْمَةً تُغْنِيَنِي بِهَا عَنْ رَحْمَةِ مَنْ سِوَاكَ، يَا أَرْحَمَ الرَّاحِمِينَ.
“O Ever-living! O Ever-lasting! O Ever-living who never dies! O Ever-living there is no god but You. Remover of the troubles! Answerer of the calls of the desperate! I ask You, as all praise is due to You – there is no god but You – O Bestower of Favors! Originator of the heavens and the earth! Lord of Might and Glory! The Beneficent in this world and the next and the Merciful in them both! O Lord! Bless me with the mercy that would make me free from needing mercy from other than You, O Most Merciful of the mercifuls”.
The Holy Prophet (S) said: “Whoever, from among the Muslims, recites this du’a three times is guaranteed to get what he asks for except if it (what he asks for) is a sin or if he has broken off ties with his close relatives.”9
Source: “Sunan An-Nabi” written by Allamah Sayyid Muhammad Husayn at-Tabataba’i