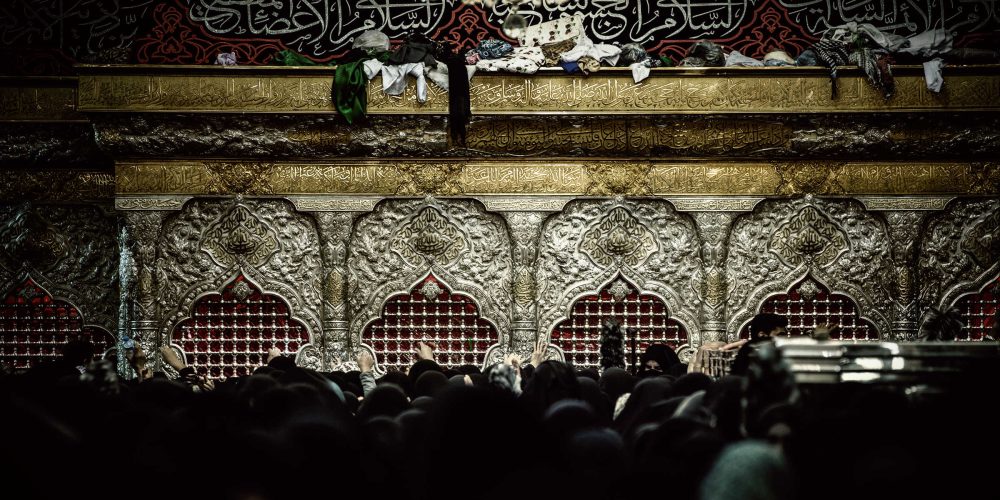 ‘Take until You are satisfied’ 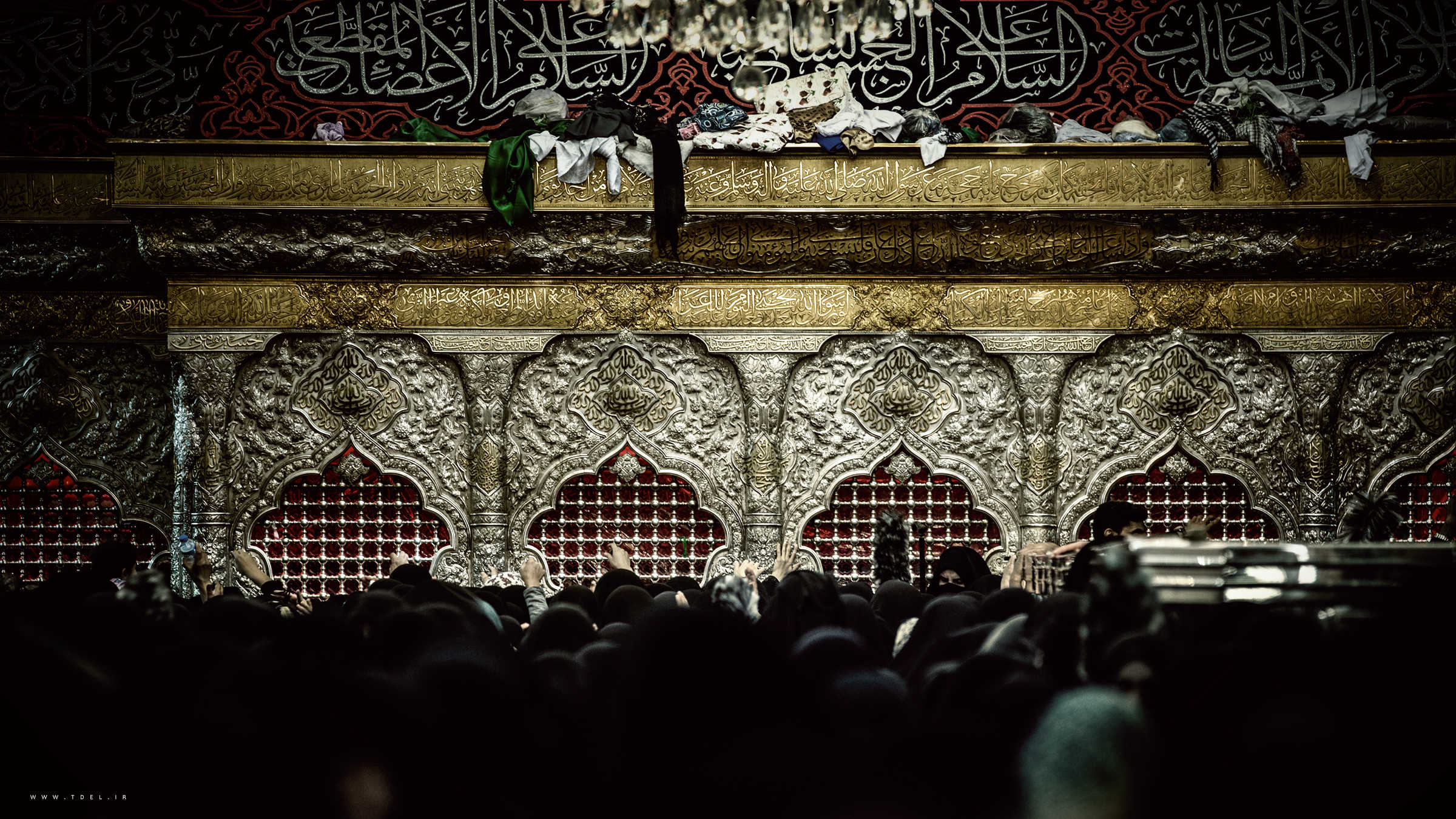 ‘Take until You are satisfied’

‘Bring out your people from darkness into the light and remind them of the days of Allah. Indeed in that are signs for everyone patient and grateful.’ [Ibrahim: 5]

As Ashura approaches us, with its mysteries and its grief’s, we start to reflect on the reasons why Imam Hussein (a.s) rose against the status quo, and sacrificed everything in the honour of Allah and in the name of reviving the memory of Prophet Muhammad (s). We begin to reflect on how it must have felt – the presential knowledge [1] – for him and his followers, of which only a few will truly feel, and therefore understand ‘the days of Allah.’

‘This movement of mine is not on account of stubbornness, boastfulness, rebellious or instigation by Satan. It is also not my objective to create trouble or to oppress anyone. The only thing which invites me to this great movement is that I should reform the affairs of the followers of my grandfather, eradicate corruption, undertake in enjoining to do good and restraining from evil and follow the tradition of my grandfather, the Prophet of Allah and my father, Ali.’ [Bihar al-Anwar]

Reform in Islam holds a profound status both in the Quran and traditions, which contemporary individuals like, just to name a few, Imam Khomeini, Shaheed Muhammad Baqir As-Sadr, Sayyid Musa As-Sadr, Shaheed Arif Hussain were able to manifest. Reform essentially can be discussed at an individual and social level; both are equally as important and act as supplements to each other.

‘I only intend reform as much as I am able. And my success is not but through Allah. Upon him I have relied, and to Him I return.’ [Hud: 88]

Reform is, as Shaykh Jaradi [2] mentions, the aim that Allah has desired for the prophets, messengers, and guardians, to establish Islam amongst the people and to safeguard them through it. In reference to Imam Hussein (as), we find him to be an exemplar of what Allah is satisfied with. Furthermore, we find that which the movement does not exemplify, such as stubbornness, boastfulness and rebellious.

Instead, the Imam created a momentous Islamic revolution with the aim to reform, and therefore any other theme or label, i.e., political agenda, uprise, revolution, etc. are only a means to realise this aim, and not the purpose itself, as described by Shaykh Jaradi. By recognising the aim to reform, a divine one, in essence, we can start understanding the direction of this movement such as to ‘enjoin what is right and to forbid what is wrong,’ not only on an individual level but also on a social, intellectual, theological and political level.

‘And let there be [arising] from you a nation inviting to [all that is] good, enjoining what is right and forbidding what is wrong, and those will be the successful.’ [Ali ‘Imran: 104]

Through which we find his followers such as Imam Khomeini, a continuation of this same sacrifice, who was able to raise the banner of reform guiding those who struggle to proclaim and support the truth and to resist and oppose the symbols of falsehood. [3]

It is this philosophy of sacrifice and struggle, which brings about this Husseini upbringing, that is able to mould humanity in line with the religion of Islam. It is this upbringing, which allows humanity to recognise its milestone in this journey of life. Ashura represents the purest and clearest method of satisfying Allah, a day like no other. It is from this day, where we learn how to change our lives from one state to another, from humiliation to honour, from ignorance to knowledge, from confusion to guidance.

Shaykh Naim Qassim refers to this Husseini upbringing and the themes we can derive for it, which drives and renews our path towards Allah. One of these themes is self-development, in the form that allows you to take the right path, to make the correct decisions and reform your life; therefore preventing ‘the soul from [unlawful] inclination’ [Nazi’at: 40].  The importance of self-development also brings about responsibility for us to nurture our children, community, and surroundings, through wisdom, towards the love, affection, and obedience of Allah, whereby we can begin to conceptualise the statement ‘I saw nothing but beauty’. Consequently, preventing ourselves from becoming amongst those who say, ‘We have heard,” while they do not hear, indeed, the worst of living creatures in the sight of Allah are the deaf and dumb who do not use reason.’ [Al-Anfal: 21-22]

It is this same upbringing that seeks to ignite the love of Allah triggering human development upon which we begin to understand that the religion of Islam is nothing but love [5], of which the main pillars of Islam and principles are based on [6]. In this regard Ayatullah Misbah Yazdi says that, Imam Hussein (as) understood the value of love, devotion and self-sacrifice in the way of God, hence whatever calamities befell upon him and as his loved ones went towards martyrdom, his colour and face became more inflamed and exhilarated. Love demands that whatever a person has in their hold, be submitted in the way of the loved one [7].

When we look at the live of Imam Hussein (as), and his mission to reform society, we learn how to distinguish between good and evil, between nobility and baseness, between the tribal ethos and the rational conscience, between love and hate, between a selfish man and a man of principle. The Martyrdom of Imam Hussein will forever remain a flame in hearts of the believers and a threat for every oppressor wherever they may be.

‘And whoever honours the symbols of Allah – indeed, it is from the piety of hearts’ [Al-Haj: 32]

We offer our condolences to Imam Mahdi (as), the divine Imam of our time, to Imam Khamenei, the Leader of the Islamic revolution, and to the Marjaʿdin. We also ask the Muslims to cherish the memory of our martyr’s who laid down their lives submissively for Allah like Imam Hussein (as) defending the Quran and the real Islamic values.

I am far from your gratitude,

I want nothing; I am nothing.

Only through the Lord of Hussein do I become,

Only through you do I feel, do I see, do I love,

Thus take Oh Lord take until you are satisfied.

1: Presential Knowledge (‘ilm al-huduri) is the knowledge of the mind of its essence and also its attributes, which are subsisting in its essence, its acts and judgments. Read more: Introduction to Logic, as developed by Muslim Logicians page 19-24