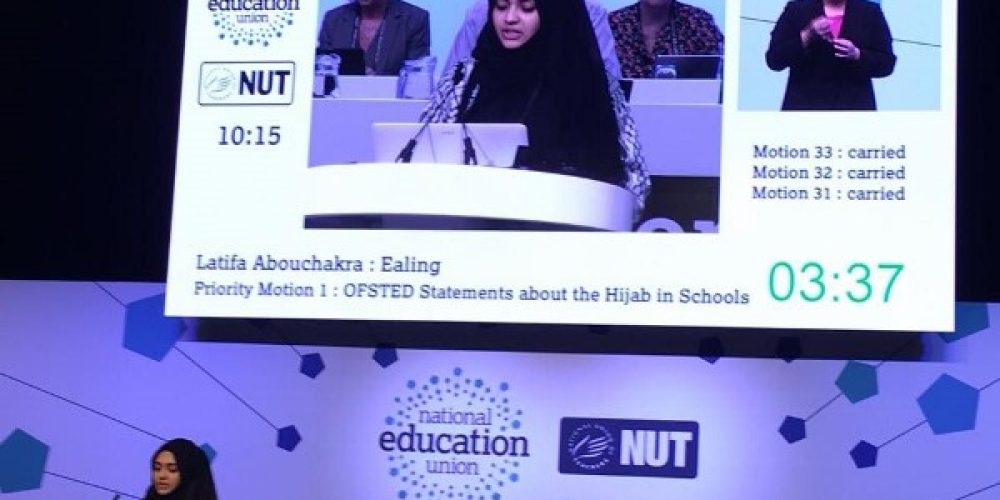 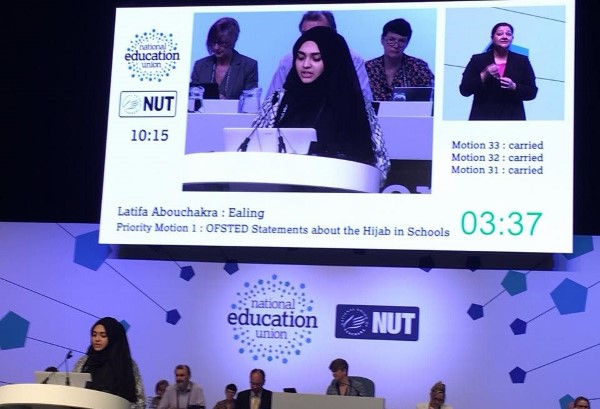 Anti-racism was a big theme of NUT teachers’ union conference this week. It took place as Labour leader Jeremy Corbyn is under intense attack from right wingers over antisemitism.

A number of delegates and speakers at conference fringe meetings defended Corbyn and the right to criticise the Israeli state and defend Palestinians.

New NUT president Kiri Tunks read a letter to delegates on Sunday sent by general secretary Kevin Courtney to Tory foreign secretary Boris Johnson. It condemned Israel’s latest assault on Palestinians and called on the government to do the same.

The letter led to applause on conference floor and delegates chanting in solidarity with Palestine.

Author Alan Gibbons read a poem about the Israeli assault to a fringe meeting on how children learn on Saturday night. “I am not going to accept that a Labour leader who has a lifelong history of fighting antisemitism, racism and oppression is an antisemite,” he said to loud applause.

Author Michael Rosen also referred to Corbyn’s long history of fighting racism in a speech to delegates on Friday.

And teachers on Sunday unanimously passed a motion condemning schools inspector Ofsted’s targeting of Muslim girls who wear the hijab in schools.

It said Ofsted questioning Muslim girls who wear the hijab could lead to “further marginalisation” and “physical and verbal attacks”.

Alex Kenny from the national executive committee (NEC) told conference, “This isn’t about what you or I think about religion. It’s about what happens when a large, government-funded organisation points the finger at a community that feels vulnerable.”

Jess Edwards from the NEC said the move was “part of an orchestrated campaign” against Muslims by people who have “no interest in fighting sexism”.

Latifa Abouchakra from Ealing in west London said, “I say shame on Ofsted for victimising young girls.” She rejected the idea that Muslim girls and women passively accept instructions by men on what they should wear.

“My dad didn’t want me to wear the hijab,” she said. “I chose to.” Latifa also rejected the “imperialistic thinking” that assumed the West must rescue oppressed Muslim women.

An amendment expressed “solidarity with all Muslims” affected by the racist “Punish a Muslim day” on Tuesday. A number of delegates described the fear among some Muslims.

Niparun Nessa said some people were carrying water in case of an acid attack, while others worried about making their journeys home.

Delegates also passed a motion to unite battles against Islamophobia with those for LGBT+ liberation. Debs Gwynn from Halton told conference, “This is a systematic attack and we have to fight it together.”

She said some Islamophobic attacks had parallels with homophobia in the past, pointing to how some right wingers use abuse scandals to target Muslims. “Previously we had the idea that gay men were all paedophiles,” she said.

The motion committed the union to build links with groups such as Mend and to publicly condemn Islamophobic, homophobic and transphobic attacks.