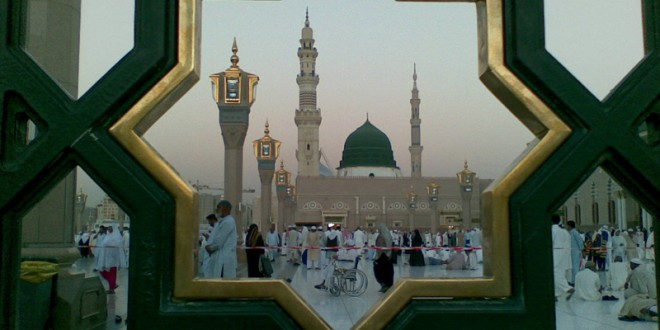 The centrality of the Prophet Muhammad (saww) to Islamic Spirituality 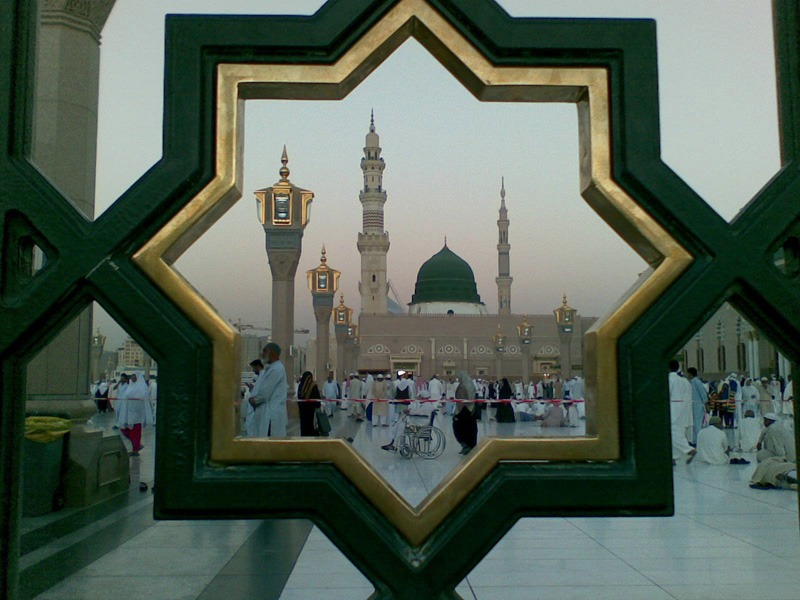 Most  people,  including  many  Muslims, view Islam in an exoteric sense. That is, they see Islam as simply a set of beliefs and  ritual  observances  by  which  Muslims hope to gain salvation after death.But they know very little about Islam as an esoteric or spiritual path.

Although   modern   western   societies might  be  more  alienated  from  religion than  most,  they  tend  to  regard  with greater  reverence  the  mystical  paths  of religion. Buddhism for example, came to be known to the West through the oriental martial arts, Zen poetry, and even through fiction. Hinduism is also sympathetically looked at because of Ayurveda, Yoga,  and  meditation.  Outwardly,  these two  religions  are  far  more  alien  to  the Western psyche in terms of spiritual traditions, and the socio/cultural environment that  supports  their  beliefs;  nevertheless they are seen in a more sympathetic manner than Islam.

Because   of   Western   man’s   practical predisposition  he  is  more  favourably disposed to religion through its esoteric teachings and practice. No longer rooted in a cosmos where heaven and hell are realities  woven  into  his  worldview,  he becomes focussed on the here and now. He is no longer interested in religion for eschatological  salvation.  He  becomes interested in religion if it could open his eyes and get him to see the higher realities while he is in this life. The practical aspects of esoterism attract him, with its process  and  exercises,  spiritual-master guides,  the  clearly  defined  goals  it  sets out  to  achieve  and  the  experiential knowledge that comes from it.

The  Prophet  Muhammad (s)   said,  “Die before  you  die”;  for  dying  to  the  lower tendencies of worldly life opens our inner eyes for us to see. Without spiritual sight, religion  becomes  only  dogma  and  ritual.  What  modern  man  craves  is  spiritual insight, not arguments for the existence of God.

In Islamic spirituality, this following is not passive where one says ‘I follow X’ meaning  ‘I  agree  with  the  policies  or  position of  X,’  –  it  is  a  complete  following.  It  is in essence following his way of life and implementing  it  in  one’s  own  life  right down to the smallest detail.

This is so because he is the most complete model for mankind.  As the Qur’an says,  “In  the  Messenger  of  God  there is  certainly  for  you  a  good  exemplar (uswatun hasanatun) for those who look forward  to  God  and  the  Last  Day  and remember God much” [Qur’an 33:21]

As seen from the point of view of Islamic metaphysics the universe is the self disclosure of God, for it is the sum total of His  signs  and  works.  Thus each  aspect of  creation  is  the  expression  of  one  or more of the Divine Names of God, or the asmaa  al-husnaa,  the  Beautiful  Names. Since creation exists as a hierarchy, the higher levels of being are expressions of more  of  the  Beautiful  Names  at  higher levels of intensity. In this hierarchy, the Perfect Man is at the apex and thus he is the reflection of God in creation. It is for  this  reason  that  the  angels  and  the jinn  were  required  to  make  obeisance to  Adam  after  God  taught  him  “all  the Names” [Qur’an 2:31]

The Prophet, as the epitome of human perfection and the Perfect Man par excellence, is therefore nothing less than the incarnation  of  the  Beautiful  Names  of  God in  creation.  In  this  respect  the  Qur’an describes him as possessing “a tremendous character” [Qur’an 68:4]

From  this  perspective,  the  first  attestation  in  the  two  attestations  of  the declaration  of  faith  which  is  to  bear witness  that  there  is  no  god  but  God, is  the  declaration  of  God’s  oneness.Whereas  the  second  attestation,  which is  to  bear  witness  that  Muhammad (s)   is the Messenger  of  God,  is,  in  essence, the  proof  of  God,  not  that  the  Prophet  is  God,  but  that  he  is  evidence  that points  to  God  by  virtue  of  his  tremendous character. Therefore the Prophet is Messenger not only by virtue of bringing a message from God but also because of the fact that he himself is the message of God. When asked about the character of the Prophet, his youngest wife Aisha replied, “His character was the Qur’an.”

As   the   manifestation   of   the   Beautiful   Names   of   God,   the   Prophet Muhammad(s)  becomes  the  beautiful model for Muslim conduct. He said “God is beautiful and loves beauty,” so emulating his beautiful conduct is the means of attracting God’s love which is the goal of all spiritual paths. There are many levels to this prophetic beauty. The first level is on the level of following the exoteric law or  shari’ah.  The  next  and  deeper  level is  on  the  level  of  cultivating  decorum (adab) or the beauty of outward behaviour;  thus  it  is  said  that  whenever  the Prophet  spoke  to  someone,  he  always faced them directly and he would so give that person his complete attention that the  latter  would  think  that  he  was  the only object of his attention and nothing else mattered. The third and yet deeper level is the beautification of the character by the elimination of negative traits and  the  establishment  of  positive  ones with  the  teachings  and  actions  of  the Prophet  as  a  model.  He  is  reported  to have said “I was only sent to perfect the ethical  personality.”  The  fourth  level  is spiritual rigour in following the spiritual practices  that  he  taught  in  taming  the unruly  soul  so  that  once  it  is  at  rest  it is  capable  of  reflecting  the  Presence  of God.

Ignorance  of  Islam  feeds  stereotypes of  the  religion  as  legalistic  and  literalist  without  any  spiritual  subtlety  and makes  the  common  man  susceptible to  negative  propaganda  against  it.  This negative attitude extends to the Prophet Muhammad (s)  as well who is now increasingly  perceived  in  the  most  damning ways  imaginable.  These  attitudes  could be  neutralized  by  presenting  Islam  as a  spiritual  or  esoteric  path.  In  knowing about this path the observer would realize the central role of the Prophetic lifestyle and  teachings  in  the  inward  struggle toward  spiritual  progress  thus  leading to  a  greater  perception  of  his  beautiful character.