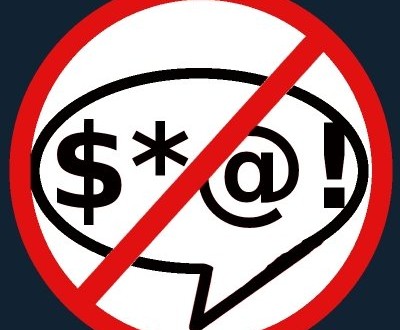 The Corruptive Influence of Obscene Language

In modern society, characterised by the denial of the spirit, the material aspect  of  existence  is  seen  as  the only reality. Evil acts are not seen as transgressions of God’s commands, but  only  as  acts  against  the  outward social order or against nature. Modern man is repulsed by the word “sin” for its religious  overtones  draw  him  into  the spiritual  world  he  detests;  he  is  more comfortable  with  words  like  “crimes”, “offences”, and “atrocities”.

Whatever is considered to be a “crime”, “offence” or “atrocity” in modern society is based upon empirical veriﬁcation of its violation of the public good. Crimes such as, murder, assault, theft or frauds are  acts  which,  by  their  very  nature, inﬂict measurable physical, psychological or social harm upon others and thus can easily be identiﬁed and prosecuted. On the other hand, those sins that only destroy the heart and soul of the perpetrators  or  of  others  are  much  more difﬁcult  if  not  impossible  to  ascertain by  empirical  means.  The  legislators of  modern  secular  societies  would  be at  a  loss  to  understand  why  it  would be  a  sin  to  avoid obligatory  prayer, to  fornicate  with  mutual  consent,  to blaspheme, and so on.  It is especially by accepting these latter kinds of sins as non criminal or inoffensive and al-lowing  their  display  in  public  without interference that modern societies are corrupt.

The Messenger of God said, “If a servant was to secretly sin, he would only harm himself, but if he was to commit it openly and he is not made to change, the people would be harmed by it.”

The “harm” mentioned in the words of  the  Prophet,  is  the  corruption  that is a social result of the open or public performance of sins. The public performance of a sin has two corrupting effects; firstly it makes those who witness it  accustomed  to  its  performance  and anaesthetised  to  its  outrageousness and  secondly  it  becomes  an  example for others to follow. Thus that sin be-comes  normalised  and  later  becomes accommodated  among  the  behaviour patterns of other people.

For  a  sin  to  be  tolerated  or  even  accepted  in  public,  it  must  be  preceded by  a  change  in  the  public  attitude  to that  sin  and  by  a  lack  of  vigilance  by the  authorities  responsible  for  the maintenance  of  social  morals.    Islam identifies  these  authorities  as  the rulers,  and  the  juridical  authorities.

There is an oft quoted narration of the Prophet (s)  which says, ‘There are two kinds of people from my community who, if they are sound, my community  will  be  sound  and  if  they are corrupt my community will be corrupt.’  ‘The jurists and the rulers.’

The  jurists  and  the  rulers occupy  the most  powerful  positions  in  society, dictating and influencing public morality.  This  is  because  by  virtue  of  their position they are examples for the rest of  the  community  and  also  because they have the power to allow or forbid actions  and  behaviours.  Thus  if  their ideology  or  belief  system  is  accepting or  tolerant  of  corruption  they  will permit  corrupting  activities  that  they do not deem to be problematic. All of the corruption we see in today’s society that is displayed in the media owes its origins to the fact  that the rulers and lawmakers of our  society either see no problem with  such activities, or themselves enjoy behaving  in such a manner. Thus, for example, they do not see teenage  pregnancies  as  the  result  of the sin of non-marital sex among youth but as the result of them not taking the precautionary step of contraception!!

In this tradition modesty is contrasted with  obscene  language.  Obscene language is the open utterance of low and  depraved  language  which,  when expressed,  immediately  devalues  the good  deeds  of  the  doer  regardless  of how  noble  those  deeds  are.  Modesty, on the other hand, indicates the separation of the ego of the doer from the beauty  of  his  action,  thus  adorning that  action  by  his  humility.  In  short, modesty is humility whilst experiencing one’s own relative perfection.

Today the use of obscene language pervades societal inter-relations.  Shielded by  the  anonymity  of  mass  society,  we hear  people  uttering  the  vilest  expletives  in  public  without  any  apparent care  for  their  own  respect  or  that  of others in their vicinity.  This behaviour is  normalised  by  the  media  itself,  in books, films and in contemporary music  and  they  are  merely  reflections  of reality and expressions of the right to free speech.

The use of swear words in response to frustration, and as expressions  of emotional states is habit forming and short circuits  the  ability  of  the    speaker  to adequately and properly  express him-self.  As a habit, it could then cross over into other social situations that would be  even  more  inappropriate  such  as in  normal  everyday  speech  with  one’s wife  and  children,  or  even  with  one’s parents. This phenomenon can be seen in the following words of the Prophet (s) :“The  most  severe  of  major  sins  is  for a man to use obscene language at his parents…. That man uses obscene language with another, and then he follows by  using  obscene  language  with  his  father and mother.”

The use of language is vitally important in  organising  our  thoughts,  and  the ability to do so is essential to problem solving.  If  we  automatically  revert  to obscenities  when  we  are  frustrated  or confronted  by  emotional  trials  we  be-come  impotent  in  solving  them.  Thus the  habitual  use  of  obscene  language stifles our ability to express ourselves. This opposes the Prophetic saying that God is Beautiful and loves beauty for if our speech is not beautiful it would interfere with our ability to communicate with Him. Many of us save our beautiful words to inﬂuence all those we consider important  but  when  it  comes  to  our Lord we sufﬁce with hurried words and incomplete phrases. So habituation to swearing may even further compromise our ability to address God.

The  supplications  of  the  infallible Imams  are  great  examples  of  such beauty of expression and the depth of feeling  in  one’s  supplications.  These supplications  teach  us  how  to  communicate with God and how we should endeavour to speak to His exaltedness in a beautiful way.  Thus with excellent speech, conduct and morals, we could have a positive effect upon our environment simply via our own example. And by exhorting  the right and forbidding the  wrong    in  whatever  way  we  can, whether  it is by the written or spoken word,  or seeking to inﬂuence the  institutions of society, we could have  a direct  and  conscious  effect  upon  our  environment in ending corruption  and creating  a  healthy  environment    for ourselves and our children. •