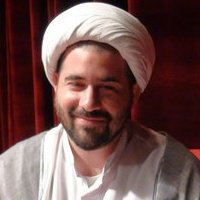 The Evils of Fornication

The Holy Quran also mentions this sin. Take the following verses for example:

“Those who do not invoke another god besides Allah, and do not kill a soul [whose life] Allah has made inviolable, except with due cause, and do not commit fornication. Whoever does that shall encounter its retribution, the punishment being doubled for him on the Day of Resurrection. In it he will abide in humiliation forever.” (25:68-69)

“But they were succeeded by an evil posterity who neglected the prayer, and followed [their base] appetites (meaning they committed illicit sexual acts; they committed fornication, they committed adultery). So they will soon encounter [the reward of] perversity.” (19:59)

There are two terms in these two verses which must be examined. The term atham in the first verse, translated to retribution, and ghayy in the second verse, translated to perversity might have other meanings as well. Some scholars state that atham denotes a valley of hell and ghayy means the secretions of blood and puss from the private parts of the people of hell. Another opinion is that they both refer to wells in hell. These two wells are so terrible and deep that if a stone is dropped into one of them, it will take seventy years to reach the bottom.

In another verse, Allah states:

“Do not approach fornication. It is indeed an indecency and an evil way.” (17:32)

Therefore fornication or adultery is an evil method of satisfying one’s sexual urges. It must be stated that Islam is not opposed to sexual desire; Allah created this desire for the continuation of the human race and as a method which a married couple can use to increase the love between themselves. This is considered one of the best halal pleasures. There is a big difference between not committing adultery and not partaking in halal forms of sexual pleasure. Adultery and fornication are condemned and punished while a married couple is encouraged to have a healthy sex life.

In the verse it states that zina; fornication and adultery, is an evil way – meaning an evil way of satisfying one’s sexual desire. Fornication and adultery has led to a number of problems in the United States of America. Regarding sexually transmitted diseases, (stds), the Center for Disease Control and Prevention (CDC) reported that there are over 19 million people inflicted with stdsin the US. This is not 19 million in all, no, this is 19 million each year! These stds cost the US health care system a total of 17 billion dollars a year – which especially hurts given the current state of healthcare. Stds lead to serious health problems, for instance untreated gonorrhea and chlamydia can make a woman barren. Statistics show that 24,000 woman a year loose the chance to have their own children due to these stds. Syphilis is even worse, it destroys organs, can be transferred to a fetus resulting in stillbirth, birth defects, or even death soon after birth. For further information I would urge you to visit www.cdc.gov/std

Fornication and adultery cause other problems as well. According to a report by the Center for Disease Control and Prevention in 2009 there were 1,693,658 children born to unmarried women in the United States. This means that for every 1000 women aged 15-44 there were 50.5 such births. The worst number is this: 41 percent of all children born in 2009 were born to an unmarried mother. This is the highest that it has ever been, but the percent of children born out of wedlock in the United States has been growing every year since 1997.

When one does not want to have this illegitimate child she decides to have an abortion. Islam is one hundred percent against abortion and states that it is murder. In America a child is not recognized as a human being until it is born, whereas in Islam it is recognized as a human being while still a fetus in its mother’s womb. Therefore, killing this fetus is the same as killing the baby after birth. In America, abortion is debated, but still occurs at an alarming rate. There were 825,564 abortions conducted in 2008. In easier terms, this means that 16 abortions were performed for every 1000 women aged 15-44.

Lets move on to the words of the Ahl al-Bayt (a), there is a tradition of Imam Baqir (a) laying out the evil effects of adultery in this world and the hereafter. This tradition is quoted in Shahid Dastghayb’s Greater Sins: Imam Baqir (a) states: Fornication has six types of effects. Three are for this world and three are for the hereafter. The three evils which become evident in this world are: 1, The face of the adulterer loses countenance, meaning it loses its composure; 2, He falls into depravity and destitution; 3, His death draws nearer. And, the three punishments of the hereafter are: He is liable for divine anger, His reckoning is severe, He abides in Hell forever.

There are many traditions which tell the story of what is going to happen to the fornicator or adulterer in the hereafter. Imam Baqir (a) discusses what will happen in purgatory (barzakh): Whoever commits fornication with a Muslim, Jew, Christian, or Magian woman, whether she is a slave or a free woman; and dies without repenting of his sins, then the Almighty Allah opens 300 doors of punishment in his grave. From each door many snakes, scorpions, and pythons emerge from the fire and burn and torment him till the Day of Judgment (remember every day passes as 50,000 years in the hereafter).

What will happen when he reaches the Day of Judgment? Another tradition from the fifth Imam, Imam Baqir (a) states: When a fornicator will rise from his grave the stink of his body shall hurt the people. The people will know what deeds he had committed in the world. Then, the Almighty Allah will order him to be thrown into the fire.

Imam Ali (a) also comments upon the stench that the fornicators will have on the Day of Judgment. He states:

On the Day of Judgment a bad smell will be released by the order of Allah. All the people will become restless due to it (meaning it will bother everyone). So much so that it will be difficult to breathe. Then a caller will proclaim loudly, O’ people present on the Day of Judgment, do you know what this stench is? They will reply in the negative and complain about it. They will be told: It is the bad smell from the sexual organs of the fornicators who died without repenting for their sins. O people, Allah curses these people, you too invoke curse upon them. Then there will not be a single person who would not say: O Allah send your curse upon these fornicators.