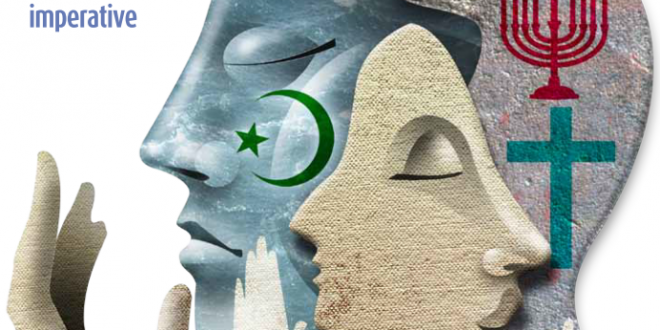 The Fellowship of Faiths 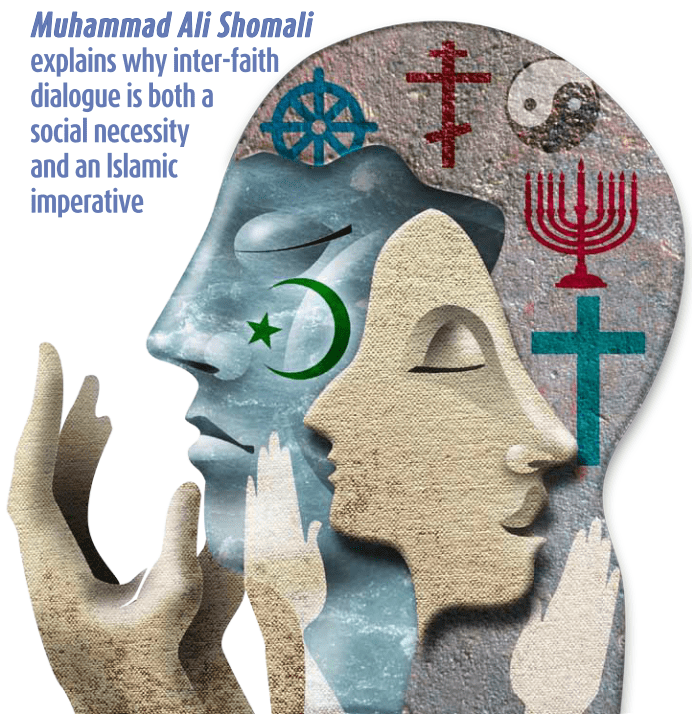 As a teenager I used to attend a local mosque in Tehran for congregational  prayers,  called “al-Anbiyaa”  (the  Prophets). As recommended in Islamic narrations, the last two verses of the second chapter of the Qur’an were frequently recited in our mosque and for many days I listened  and  reflected  on  them.  The  first verse  reads  as  follows:  “The  Messenger believes in that which has been revealed unto him from his Lord and (so do) the believers. Each one believes in God and His  angels  and  His  scriptures  and  His messengers.”  “We  make  no  distinction between  any  of  His  messengers”  –  and they say: “We hear, and we obey. (Grant us)  Your  forgiveness,  our  Lord.  Unto You is the journeying”. (Qur’an 2:285)

This verse like many other verses of the Qur’an puts great emphasis on the uniformity  and  continuity of the prophets, their  scriptures,  and  their  missions.  It makes one believe that he is part of a great community of faith that includes all  believers throughout  the  history  of mankind  who  have  followed  the  same path.  Later  I  realized  that this  idea  of the  uniformity  of  all  religions  is  a  very profound aspect of the Islamic conception  of  monotheism.  Islam  like  other Abrahamic  faiths  believes  in  the  unity of  God.  God  is  ONE;  He  has  no  partner or children and there is nothing like Him. God is SIMPLE; He has no parts or constituents. He is the only Creator and He is the only object of worship. The obvious result of this conception of God is that  the  universe  must  be  harmonious and consistent; indeed one of the signs of the unity of God is the fact that there is no separation or isolation of any part of creation. The Qur’an says: “Had there been  in  them  (the  heavens  and  the earth)  gods  other  than  God,  they  both had been in disorder.”(2 1:22)

This  harmony  and  consistency  in  the divine creation extends to God’s revelations,  Divine  messages  communicated to  the  people  through  His  messengers are  to  be  harmonious  too.  If  they  are revealed by the same God to the recipients (human beings) who have the same nature and the same fundamental needs in order to show them the path towards perfection and happiness it follows that they must be similar in nature and identical  in  essence.  Of  course,  depending on varying conditions and factors some details may change over time, and also the  depth  and  the  extent  of  the  ideas expressed in the scriptures may increase in accordance with developments in human understanding.

Thus,  Muslims  believe  in  the  mutual conformity of all divine revelations and prophecies. They confirm and believe in all the Prophets and consider all believers in God to be members of the same community of faith: “Say; “We believe in God and in what has been revealed to us and what was revealed to Abraham, Ishmael,  Isaac,  Jacob  and  the  Tribes and  in  (Books)  given  to  Moses,  Jesus and  the  Prophets  from  their  Lord;  we make  no  distinction  between  one  and another among them and to God do we bow our will (in Islam)”. (3:83)

Unity of God manifests itself in the unity of His revelations and must be echoed in the unity of all believers in God. Particularly during its early years Islam brought unity  and  solidarity  for  those  who  suffered a great deal from enmity and hostility (3:103).

This act of unifying people is highly esteemed as a divine act (8:63). On the contrary, the aim of tyrants and disbelievers such  as  Pharaoh  was  to  divide  people (28:4). The Qur’an warns believers that if  they  start  disputing  with  each  other they will become weak and be defeated (8:46).  It  should  be  noted  that  the  call for unity is not limited to Muslims. The Qur`an  invites  all  people  of  faith  such as Christians and Jews to unify their ef-forts and concentrate on their common ground (3:64). One of the best means of achieving this unity and brotherhood is to know each other, to overcome historical prejudices that prevent objective understanding between each other and to build upon commonalities. According to what Imam Ali  (a ), the first Imam of the Shi‘a Muslims and the fourth Caliph of all  Muslims  has  said,  “People  are  enemies of what they do not know”. Thus, as a Muslim, I have no need to compromise my faith in order to enter into a genuine, sustainable and productive dialogue with those who believe in God. Entering into such a dialogue and building upon commonalities  is  rooted  in  the  Qur’an, and is not just a fashion or formality.

It was in this spirit and because the UK is a majority Christian nation that I started to establish relations with Christians. Our aim is to look for practising Chris-tians who can help us discover our commonalities, and exchange our experiences in facing the challenges of living a life of faith in this modern or post-modern world. Through our acquaintances with such people we have been impressed by the  many  similarities  we  have  noticed between Islam and Christianity. We have also seen how a sincere love for God and fellow humans can give a new spirit to life and a new life to modern society.

I have now come to the conclusion that the  Qur’anic  description  and  praise  of the Christians of the time of the Prophet Muhammad  (s)  is still in effect. There are sincere, truth-seeking, humble and sympathetic  Christians  who  have  devoted their lives to God. I see no reason why one cannot accept these people as real representatives  of  Christianity,  instead of those who call for separation, enmity and fighting between believers and are a long way from implementing the Christian commandment of love.

Unfortunately today it is very easy to be deceived.  There  are  “Muslims”,  “Christians”  or  “Jews”  whose  faith  can  by  no means  be  determined  by  their  behaviour.  And  this  gets  worse  if  there  is  a deliberate attempt to misrepresent religious life in general and certain religions in particular.

Let us hope and pray that soon we will be able to witness the unity of God echoed in the unity of mankind and that all the wounds of hostility and injustice will be healed by the return of global society to God.