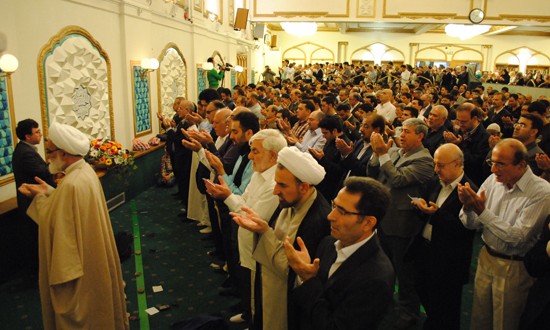 The Importance of Congregational Prayer and its Reward 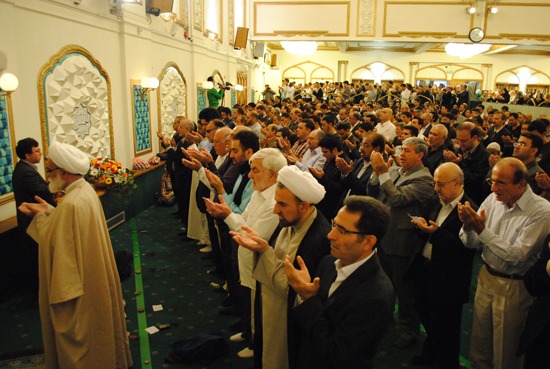 The Importance of Congregational Prayer and its Reward

God specialized a great love to the prayer because of this He let the devotion to be scattered upon the prayer person from the heaven and He ordered the angels to surround him wherever he goes. Besides, the love of the prayer increases with respect to God when you perform it as congregation, for this God raised its degree and glorified its reward which was described by the Messenger of Allah (peace be upon him and his household) as: “With respect to congregational prayer, when the prayers stands praying in congregational prayer, they will be the same as the lines of My angels, and each prostration equates twenty four prostrations in other prayer, and each prayer is more adorable for God than worshipping God for forty years“.

• The Great Reward of the Congregational Prayer:

The glorification of the congregational prayer increases when the number of those who are praying it exceeds ten ones. And this is mentioned in the Hadith that was mentioned from Gabriel to the Messenger of Allah (peace be upon him and his household): “… During the congregational prayer, when the number of people who are performing it exceeds ten, the reward increases so much to the extent that no one can pen the reward of one prostration even if the skies have become ink, the trees have become pencils, and the books and the angels have become books“.

It was mentioned in the Hadith: “The person who persists on performing the congregational prayer wherever he was, he will pass on the way directly with the forerunners without being accounted and his face will be enlightened more than the full moon and each night and day he persist on it, he will has the reward of a martyr“.

2- Performing it from behind the Scholar:

The congregational prayer is permissible from behind the just man even if he wasn’t a scholar; if the people are assured to his just, then no problem about that, but it is enough for that to know him apparently not interiorly. But this doesn’t deny the importance of praying from behind the scholar, but vice versa, praying behind the scholar is too much better and has more rewards. Imam Al-Sadek (A.S.) said with this concern: “Praying after a scholar equates one thousands prostration“.

And ones Imam Khamenei (May God protect him) was asked about this and his answer was: “If the dear brothers were able to perform the prayers easily from behind the scholar whom they think that he is qualified for that, even by going to the near mosques, they are not obliged to imitate other than the scholar“.

While praying the congregational prayer, it is better to be in the mosque since it has more reward, and it was mentioned in the Hadith about that: “Praying in the mosque which gather people one prostration, equates 100 prostration; hence, being in the mosque, praying from behind the scholar, you will get rewards as for one hundred thousands as the great scholars mentioned“.

4- To be performed Orderly: