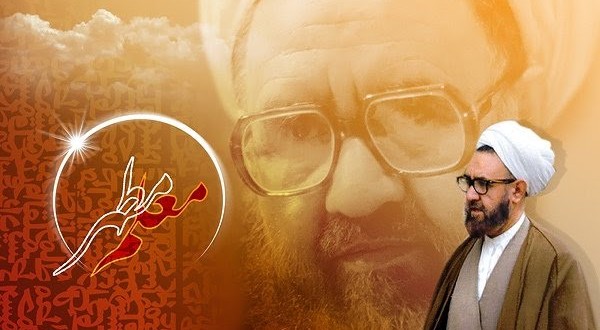 The life of Murtadha Mutahhari (ra)

Ayatullah Murtaza Mutahhari is one of the principal architects of the new Islamic consciousness in Iran.

Murtadha Mutahhari was born in a village some forty kilometres from Mashhad in 1338/1919­. His father Skaikh Muhammad Husain was a religious scholar and a pious person. Mutahhari received his elementary education in theology from his father.

After a primary education mostly at the hands of his father, he entered, still a child, the hawza­yi `ilmiya, the traditional educational establishment, of Mashhad (aged 12), but left after 5 years for Qum, the centre for religious education in Iran. He stayed there for fifteen years and completed his education under the supervision of Allamah Tabatabai, Imam Khumayni and many other distinguished scholars. Even during the time of his elementary studies there he was greatly affected by the lessons in akhlaq (Islamic ethics) given by Ayatullah Khumayni, which Mutahhari himself described as being in reality lessons in ma`arif wa sayr­u­suluk (the theoretical and practical approaches to mysticism)4, and he later studied metaphysics (falsafa) with him as well as jurisprudence (usul al­fiqh).

He was especially attracted by falsafa, theoretical mysticism (`irfan) and theology (kalam), the “intellectual sciences”, and he also studied these subjects with `Allama Tabataba’i. His teachers in law(fiqh) were all the important figures of the time, but especially Ayatullah Burujirdi, who became themarja` al­taqlid, and also head of the hawza­yi `ilmiya of Qum, in 1945.

Murtadha Mutahhari studied both fiqh and usul al­fiqh in the classes of Ayatullah Burujirdi for ten years. He was also deeply affected at about this time by lessons on “Nahj al-Balagha” 5given by Mirza `Ali Aqa Shirazi Isfahani, whom he had met in Isfahan. He later said that, although he had been reading this work since his childhood, he now felt that he had discovered a “new world”.6 Subsequently, Mutahhari became a well known teacher in Qum, first in Arabic language and literature, and later in logic (mantiq), usul al­fiqh, and falsafa.

He wrote extensively against the baneful effects of communism. He also wrote on exegesis, philosophy, ethics, sociology, history and many other subjects. He left over sixty books that have been published in Persian, Arabic, Turkish, Urdu, Spanish, English, German and many other languages.

In 1952, Murtadha Mutahhari moved to Tehran, where, two years later, he began teaching in the Theology Faculty of the University. Here established a council of university students and in 1955, began teaching philosophy and theology at the University of Tehran at the doctorate level continuing until 1978. He remained faithful to his socio-political commitments.  Not only did he make a strong impression on students, but his move to Tehran also meant that he could become involved with such organizations as the anjuman ha­yi islami. These Islamic Associations were groups of students, engineers, doctors, merchants, etc., set up during the fifties and sixties; they formed the nucleus of the movement that was to become, eventually, the revolution.

In 1963, he was arrested along with Imam Khumayni. After the exile of Imam Khumayni to Turkey, he took active part in the leadership of the Islamic movement.

He was also a founder member of the Husayniya­yi Irshad, which played a central role in the religious life of the capital during the four years of its existence until its closure by the authorities in 19737. At the same time he maintained his contact with traditional religious activities, teaching first in the Madrasa­yi Marvi in Tehran, and later back in Qum, and also preaching in mosques in Tehran and elsewhere in the country.

Through his lectures and writings – articles and books – he became a famous and much ­respected figure throughout Iran, but it was mainly among the students and teachers of the schools and universities that he was most influential, setting an example and inspiring them as a committed and socially aware Muslim with a traditional education who could make an intellectually appropriate and exciting response to modern secularizing tendencies. His wide-ranging knowledge and scholarship are reflected in the scope of his writings, which cover the fields of law, philosophy, theology, history and literature.8 He was also one of the few high-ranking `ulama’ to be in continuous contact with Ayatullah Khumayni during the fifteen or so years in which the movement which led to the revolution was developing. He was actively engaged in all the stages of this movement.

The activities of this scholar were intolerable for the followers of the atheistic schools and they, therefore, decided to remove him from the scene by terroristic methods. Eventually they assassinated this eminent scholar on May 1, 1979 (he was shot in the street by an assassin after a meeting of the Revolutionary Council).. His martyrdom was a great tragedy. In his condolence message, Imam khumeyni said: “In him I have lost a dear son. I am mourning the death of one who was the fruition of my life.” Over a million of Muslims escorted his funeral. He was laid to rest in Qum in the precincts of the Holy Shrine of Ma’suma.

Source: “The international conference of the Philosophical thought of Murtada Mutahhari” and “Al-Islam“