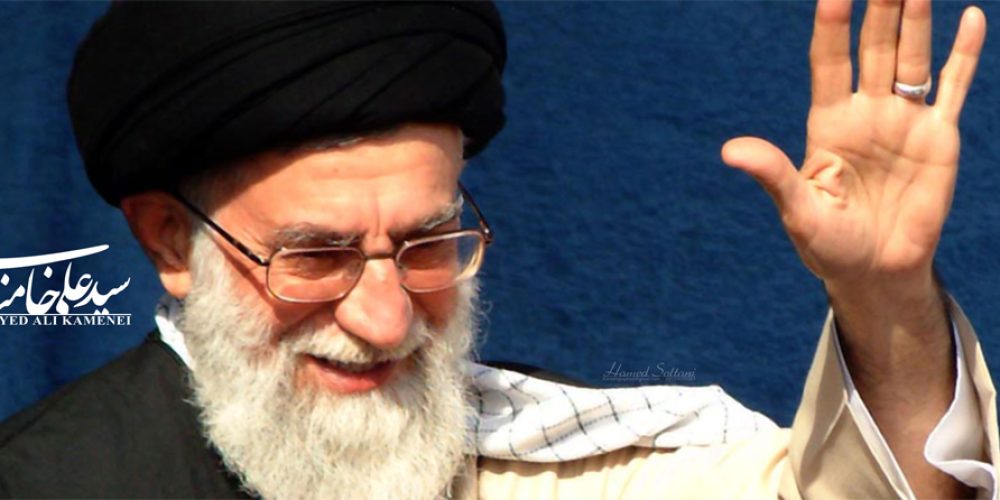 The Message of Ayatollah Khamenei to the Hajj Pilgrims for 2015

Ayatollah Khamenei, the Supreme Leader of the Islamic Revolution, delivered a message to this year’s hajj pilgrims.

The following is the full text of this message issued on September 19, 2015.

In the Name of Allah, the Beneficent, the Merciful

All praise is due to Allah, the Lord of the Worlds, and peace and greetings be upon the master of all creatures, Muhammad, upon his immaculate household, upon their chosen companions, and upon those who follow them until the Day of Judgment.

Greetings be upon the Holy Ka’bah, the base of monotheism, the center of tawaf for believers and the settlement of angels. Greetings be upon Masjid al-Haraam, Arafat, Mash’ar and Mina. Greetings be upon humble hearts, praying tongues, insightful eyes and wise minds. And greetings be upon you blissful hajj pilgrims who have found the opportunity to respond to the divine call and who have gathered around this blessed banquet.

The first responsibility is to deliberate on this global, historical and eternal response: “Verily, all praise, blessings and dominions are Yours. You have no partner, I obey You”. This is the outlook that is imparted on hajj pilgrims in the first steps of this meaningful and significant responsibility. The continuation of this ritual is done in line with this outlook. It is presented to pilgrims as an eternal and unforgettable lesson and they are asked to coordinate their lives on the basis of it. Acquiring and acting on this great lesson is a blessed fountain that can shower freshness, life and dynamism onto the lives of Muslims and liberate them from the maladies that they are suffering from at this time and at all times.

The idol of selfishness, arrogance and lust, the idol of oppressing and being oppressed, the idol of global arrogance, the idol of laziness and irresponsibility and all other idols that belittle the venerable life of human beings will be broken with this Ibrahimi cry – when it comes from the bottom of one’s heart and when it is incorporated in one’s plan for life – and freedom, dignity and health will replace dependence, difficulty and calamity.

Dear brothers and sisters who are on the hajj pilgrimage, from whichever nation and whichever country, you should think about this instructive and divine word. You should define a responsibility for yourselves and endeavor to fulfill it by taking a deep look at the calamities of the world of Islam – particularly in West Asia and North Africa – and by paying attention to capacities and resources- personally and in your surroundings.

Today on the one hand, the vicious policies of America in the region – that have led to war, bloodshed, destruction, destitution, backwardness and tribal and denominational discord – and on the other hand, the crimes of the Zionist regime that has carried its usurping behavior in Palestine to extremes by showing utmost malevolence and viciousness, repeatedly insulting the holy Al-Aqsa Mosque and trampling upon the lives and property of the oppressed Palestinians- is the primary issue of all of you Muslims.

You should deliberate on it and know your Islamic responsibilities towards it. The religious ulama and political and cultural personalities have a much heavier responsibility, however they unfortunately ignore it in most cases.

The ulama, instead of fueling the fire of denominational discord, politicians – instead of adopting a passive outlook towards the enemy – and cultural personalities, instead of becoming busy with trivial matters, should identify the great pain of the world of Islam and embrace the mission whose fulfillment they are responsible for before divine justice.

The heartrending events in the region – in Iraq, Shaam, Yemen, Bahrain, the West Bank, Gaza and other Asian and African countries – are the great maladies of the Islamic Ummah. The fingerprints of global arrogance should be seen in these events and the cure for it should be thought about. Peoples should ask their governments to do so and governments should be loyal to their heavy responsibility.

And hajj and its magnificent gatherings are the best place for manifesting and exchanging this historical responsibility.

And the opportunity to express bara’at should be appreciated with the participation of all hajj pilgrims from everywhere in the world because it is one of the most expressive political rituals in this comprehensive duty.

This year, the bitter and devastating incident in Masjid al-Haraam brought bitter sorrow to pilgrims and their nations. Although the deceased – who rushed towards God while praying, doing tawaf and worshipping God – have found great happiness and although, God willing, they are resting in the safe haven of divine mercy and this is a great comfort to their families- this cannot reduce the responsibility of those people who are committed to ensuring the safety of God’s guests.

Acting on this commitment and fulfilling this responsibility is our firm demand.

Greetings be upon Allah’s righteous servants