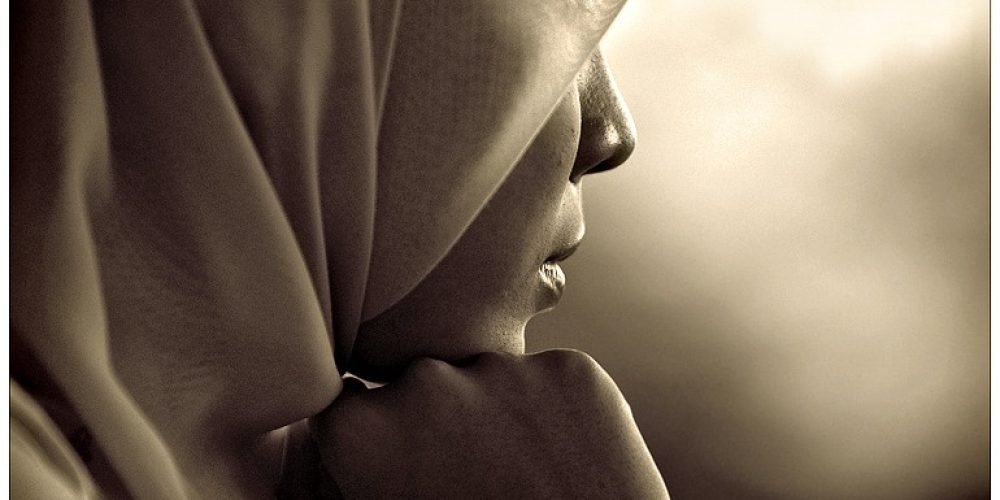 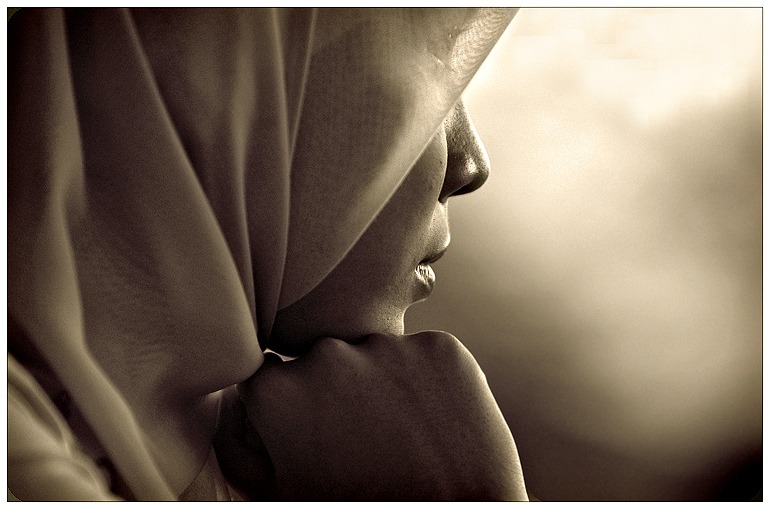 Before continuing it would be helpful to recap one of the main points which was discussed last week: The Message of the Prophet (PBUH) for Today’s Girls (part 1)
The woman is as able to reach perfection as a man is, and the Holy Qur’an, wherever discussing high human values, mentions women as equal to men, meaning that women can reach a high spiritual and human status just as men. Faith, obedience, honesty, patience, fear of Allah, fasting, self-control, and remembrance of Allah are achievable for every woman. And obviously, her virtuous deeds, just like a man’s, have worldly and after-worldly effects. “Whoever acts righteously, [whether] male or female, should he be faithful, We shall revive him with a good life and pay them their reward by the best of what they used to do.”‌ [Surah Al-Nahl, verse: 97].
With this summary, we can continue discussing “The message of the Prophet for Muslim girls”‌ in the points below:

“Does he not know that Allah sees?” (Surat Al-`Alaq: 14)
To safeguard ones unobtrusiveness is the source of every beauty.  As for the absence of unobtrusiveness, it could result in something other than beautiful deed to take place and thus no immoral deed avoided. Therefore the act of being unobtrusive will help that individual reach that level of modesty and chastity, which will result in the avoidance of immoral deeds.
A tradition from The Prophet of Allah (PBUH) where he states: “Be careful today for Allah is aware of all of your deeds.”‌

The Prophet of Islam has stressed the importance of women’s clothing and prohibited unlawful exhibition. And the Holy Qur’an – while advising men to avoid staring at women and to wear appropriate clothes in front of them (Surat An-Nūr: 30) – also advises women to protect themselves. Notice the two verses below:
1-       “O Prophet, tell your wives and your daughters and the women of the believers to bring down over themselves [part] of their outer garments.” (Surat Al-‘Aĥzāb: 59)
2-      “And tell the believing women to reduce [some] of their vision and guard their private parts and not expose their adornment except that which [necessarily] appears thereof and to wrap [a portion of] their head covers over their chests and not expose their adornment except to their husbands and other legitimate insiders. And let them not stamp their feet to make known what they conceal of their adornment.” (Surat An-Nūr: 31)
With regard to the necessity of hijab, The Qur’an also says “That is more suitable that they will be known and not be abused. And ever is Allah Forgiving and Merciful”.‌ (Surat Al-‘Aĥzāb: 59)

Always be interested in learning and gaining knowledge, because “Allah will raise those who have believed among you and those who were given knowledge, by degrees. And Allah is acquainted with what you do.”‌ (Surat Al-Mujādila: 11)
Furthermore remember the advice of the Prophet of Allah (PBUH), the city of knowledge, who said:

And this can be seen reinforced by Imam Ali (A.S), the gate of this city (of knowledge), who said:

Be thankful toward your parents

“And your Lord has decreed that you not worship except Him, and to parents, good treatment.” (Surat Al-‘Isrā’: 23)
A tradition from the Prophet (PHUB): Someone asked the Prophet about the best deed. He answered: “First performing the Salat at an early time and then comes doing favours towards parents.”
And most importantly, be thankful towards your parents. Do not hesitate to do favours towards your parents, as well as being humble and modest to them. Lucky is the one who does a favour to her parents.
1-       As for your father, know he is your root and you are his branch. Whenever you see anything in yourself which pleases you, you should know that your father is the root of its blessing upon you. So praise Allah and thank Him in recognition of that.  (Imam Ali ibn Hussein, A divine perspective on rights)
2-      As for your mother, what more can we say other than that “Heaven is under the mothers’ feet” (Prophet of Allah).
How can we act upon this? Someone came to Prophet Muhammad (PHUB) and asked: ‘O Messenger of Allah! Who among the people is the most worthy of my good companionship? The Prophet said: Your mother. Then your mother. Then your mother. ‘Then who?’ The Prophet said: Then your father.
And you daughters of the Prophet! Value the message of the Prophet and always remember that “the most noble of you in the sight of Allah is the most righteous of you.” (Surat Al-Ĥujurāt: 13)
Source: Islamic Centre of England