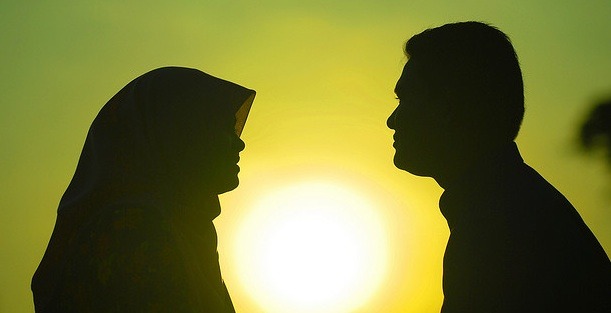 Can it be understood from the following verse that Islam is a male-chauvinistic religion?: “…As for those [wives] whose misconduct you fear, advise them, then, keep away from them in the bed, and then, beat them…” (Quran, 4:34)

This is surely one of the most misinterpreted and misrepresented verse in the Quran. Many feminists and women’s rights activists have used this verse to assert that Islam oppresses women in the family structure and leads to a completely male-driven, male-chauvinistic society. In order to examine this verse, it would be prudent to refer to the commentaries (tafasir) of the Quran. Two famous commentaries, Tafsir al-Mizan by Allamah Tabatabai and Tafsir Namuneh by Ayatollah Makarem Shirazi, will be summarized below, along with information from other credible sources:

The Arabic translated as misconduct (نشوز) literally means a combination of disobedience and arrogance. One would fear such conduct when signs of misconduct have appeared. Hence, the three stages of treatment are proposed only after misconduct has occurred. Before this misconduct one must advise them.

Misconduct must be defined. A husband does not have the right to force his wife to perform any household duties. Hence, he cannot command her to do the dishes or cook him dinner. Furthermore, he cannot punish her if she does not obey these commands. Misconduct here means committing major sins, such as certain types of unethical behavior that would cripple most marriages. This will be further explained when with the quotes from books of Islamic jurisprudence.

Then, when the misconduct appears the three forms of treatment can be used in order. This means that first, one should try to keep away from them before the stage of striking occurs. The process of starting with minor punishment leading to heavier punishment is rational.

The controversial issue that is raised is how can Islam permit a man to physically hit his wife? The answer to this question lies in properly understanding the verse and coupling it with authentic Islamic traditions. The issue of hitting one’s spouse has been mentioned in books of Islamic jurisprudence, for instance:

Sayyid Sistani states in Minhaj al-Salihin: “Misconduct (نشوز) can appear from the wife or husband. Regarding the wife it occurs when she leaves the obedience of her husband in matters which are obligatory for her to comply with (such as refusing to have sexual relations)…not when she refrains from obeying him in matters which are not obligatory upon her, such as serving in the house.” Regarding the strike: “It cannot cause the skin to turn black or red.”

Therefore, the striking must be soft. It cannot result in a bone being broken, an injury, or even a bruise. This amount of a strike is also only reserved when all other methods of preventing misconduct has been exerted. Furthermore, it would be an extreme measure that is unlikely to solve severe marriage disputes.