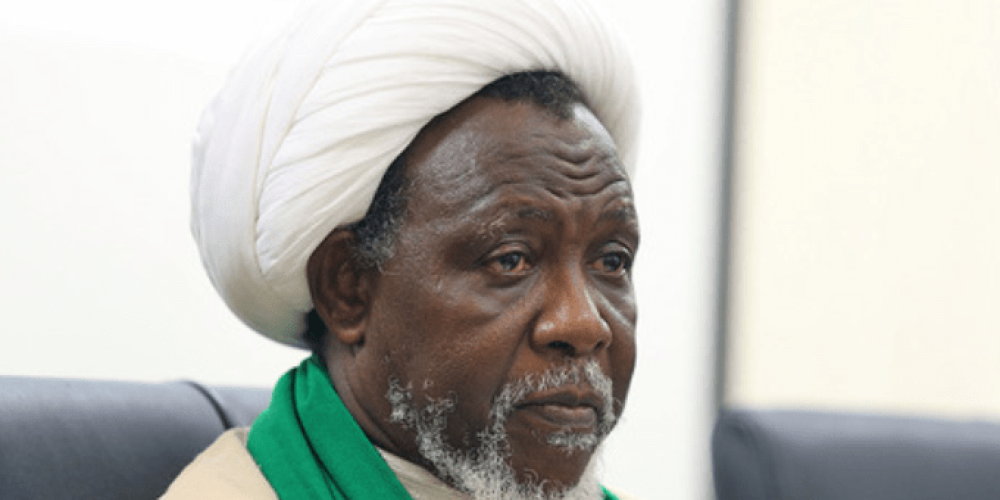 The Son of Sheikh Zakzaky speaks out! 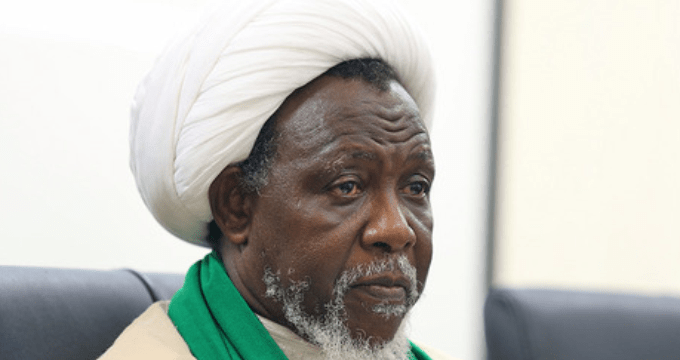 Sheikh Ibraheem Zakazaky, leader of the Islamic Movement in Nigeria (IMN), has been illegally incarcerated for over a year by the Nigerian regime. This month the Federal High Court of Abuja ordered authorities to release Sheikh Zakzaky and his Wife Zeenat. The court also declared that Sheikh Zakzaky and his wife will receive compensation for their unlawful detention, repression, and destruction of their property by the Nigerian army in December 2014. It was last year that the barbaric Nigerian army heinously killed hundreds of Shia members of IMN and the bodies were later buried in mass graves. Despite the countless concerns raised by Human Rights organizations, the Nigerian regime refused to provide any justification for the murder of innocent civilians.

Last week authorities attempted to discreetly relocate Sheikh Zakzaky and Zeenat without providing any reason. Members of the IMN were extremely distressed as previous threats to assassinate the leader of the IMN have been made, and the authorities in Nigeria have explicitly signified that they refuse to comply with the orders of judiciary.

On the 12th of December 2016, the son of Sheikh Zakzaky, Mohammed Ibraeem Zakzaky – wrote a letter expressing his deep concerns about the treatment and fate of his beloved parents:

[box type=”shadow” align=”aligncenter” class=”” width=””]Last night the 11th December I finally spoke directly with my parents at around a few minutes to 10:00pm, they recounted to me in detail what had transpired the night before, which I will recount briefly to the best of my memory. It all started late in the evening when a group of uniformed men armed to the teeth arrived along with a truck, the security personnel who are stationed at the location also armed themselves and together they proceeded to surround the main building where my parents have been detained for the better part of the last 11 months. A member of the invading group proceeded to inform them that they had come under orders to carry away the furniture in the house that very night.

They demanded entry and proceeded so far as to demand that the contents of the fridge be removed, and that the pot which was being used at the time to cook also be removed so as to enable them to take the fridge and the gas cooker. My father demanded that he speak to whoever was in charge and was allowed to speak to someone on the phone who also merely stated that he was under orders, to which my father asked to speak to his superior. In the meantime the men proceeded to carry away all the furniture they could in the lower floor.

After this there was a long exchange between my family and the men as they threatened to force their way upstairs and take all the other furniture, the altercation ended when an official from the DSS who is their current handler arrived and offered apologies. He further gave alternative explanations as to why they wanted to have them moved, he also placed my father in phone contact with a confidant of my father to whom it was promised that they would be allowed to visit and ascertain the suitability of the new location.

They then left with all that they had already loaded. It is important to also mention that the day before the 10th a group of officials from the DSS had visited my father and informed him that they wanted to renovate the house, to which my father told them that considering the judgement passed by the federal high court that it would be better if they would allow him to remain in his current place in order to avoid the unnecessary stress of moving only a few weeks before what should be his eventual release. A meeting which ended with him having the impression that they had agreed. At any rate during the course of yesterday, the house was visited by two people, who are living with my parents in their current location, but not anyone else, as earlier promised.

They have also informed me that the new location is even less adequate than the former, with many notable inconveniences, perhaps most important of which is the fact that it has no reliable power supply. This latest display of the utter lack of sensitivity, trigger happy zealotry and open lack of courtesy; that has been consistently displayed by the authorities, only adds to a slowly growing sensation in my mind that the government has no intention of ever complying with the federal high court ruling. The events of last night have reignited all our worst fears of what plans may be afoot, especially considering that up until now, I am aware of no move by the government to even approach or speak with anyone affiliated with my parents concerning that matter. Instead the brandish weapons, terrorising and old man and his wife, and three young women.

I can honestly say that what little rest I had previously been able to have with much difficulty has now departed completely from my eyes. As far I am concerned at any given moment, anything can happen. We have seen more than enough examples of the madness and utter disregard for human life that this government is capable of unleashing with little provocation and for no apparent reason. I have been silent for a long time in the hope that a less openly public approach is more likely to succeed in safeguarding the immediate physical interest of my parents, so that they may be spared undue harassment, humiliation and also to make it easier for them to receive the best possible care under the existing circumstances. However in light of this latest event which constitutes not only a blatant attack against their dignity but worse a clear and open display of sinister intentions; I deem it necessary to make a few points here. First of all it has been 10 days since the court ruling that ordered the release of my father, yet till now there has been no indication of the government’s willingness to implement the law, so it is high time they came out and made their intentions clear.

Secondly in the absence of any criminal charge, and due to what appears to be the inability of the DSS to guarantee my parent’s safety, that is if I am to entertain the notion that this was all a misunderstanding, it is high time that my parents be given unimpeded access to the phone, so that at least in the future they would be able to raise an alarm if armed men show up again.

Thirdly the lie that my parents have been getting adequate medical attention ends here and now. We have a long list of willing doctors, who have been more than ready to attend to them for more than a few months now, and are still awaiting approval by the DSS. Meanwhile my mother continues to live on pain killers due to her ever progressing osteoarthritis and the best that has been managed so far concerning my father’s eye is to stabilize a bad situation.

Finally I urge those who are unlawfully holding my parents, that they will all be held personally responsible for whatever happens to my parents while in their custody, and that ultimately all will be held to account for their deeds, in this life by those who will survive and the next by the judge of all judges the avenger of all injustices and the savior of all the helpless.”[/box]

We urge all believers to keep Sheikh Zakzaky, Zeenat Zakzaky, and all members of the Islamic Movement of Nigeria in your prayers, for nothing is more powerful than supplication