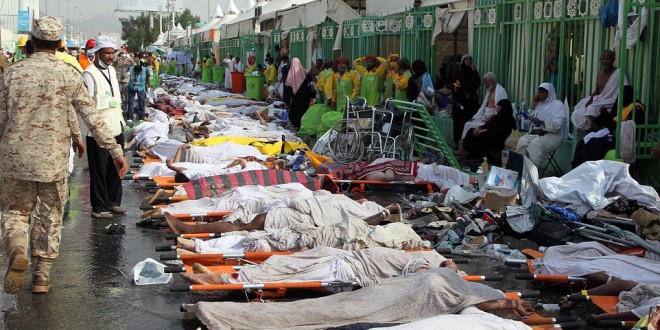 The Will of God

Whenever something happens that is beyond human control, it is common for religious people to ascribe that event to God. Even insurance companies (who are not exactly known as beacons of piety) typically refer to natural disasters for which no one can be held responsible, such as volcanoes, hurricanes and earthquakes, as “acts of God.” However, there are also instances where this term is misapplied to deflect blame or accountability.

Take the incidents at Hajj this year: Over a hundred pilgrims were killed and four hundred injured when a crane collapsed on the Haram, and another several hundred killed and eight hundred injured in a stampede at Mina. Despite the fact that crane maintenance and crowd control are both well within the realm of human responsibility, many Muslims (including the Grand Mufti of Saudi Arabia) have been quick to ascribe these tragedies to God’s will. After all, does God not already know when people will die? Moreover, some have even suggested that their deaths are a good thing, because they will be granted Paradise.

But while these thoughts should give comfort to those who have lost loved ones, believing in God’s will does not mean that we should not seek the (preventable) immediate causes for this terrible loss of life, including holding the relevant authorities to account. Yes, everything that exists is contingent upon the Divine Will (a fact of which we remind ourselves every time we utter the words insha’ Allah), but God in His infinite wisdom and grace willed to give human beings free-will. This does not limit His will in any way because our freedom to choose for ourselves is itself the expression of His will. Therefore human beings can and should be held to account for how they use this God-given freedom.

This means we should not allow others to crassly invoke God’s will to absolve themselves or others of blame, especially for the loss of human life. It was, after all, the Umayyad Caliphs who claimed everything – including their unjust and tyrannical rule – was predestined (jabr) by the will of God in order to stifle dissent. Recall that Ibn Ziyad, the very man who sent the orders to murder Imam Husayn (as), told Sayyida Zaynab that it was God who had killed her brother!

The same is true in response to those saying that the pilgrims’ deaths are a good thing (and that therefore no one should be held accountable) because they will be granted paradise; would they also say that refugee children drowning in the Mediterranean is a good thing (and that therefore nothing should be done) for the same reason? Is their death not also foreordained by God? Just because the victims will be granted paradise, this does not absolve us of our moral duty to respond to their deaths. Of course, I am not really comparing pilgrims on Hajj with refugees on inflatable rafts in the Mediterranean, but neither I am willing to accept the ridiculous assertion that a stampede brought on by poor management is no more within the realms of human control than a volcanic eruption or a tropical hurricane. It is time that Muslims stopped blaming God for our own ineptitude and took ownership of the problems facing our countries and communities. And that, I’m sure we can all agree, is the will of God.