There Is No Such Thing As Radical Islam 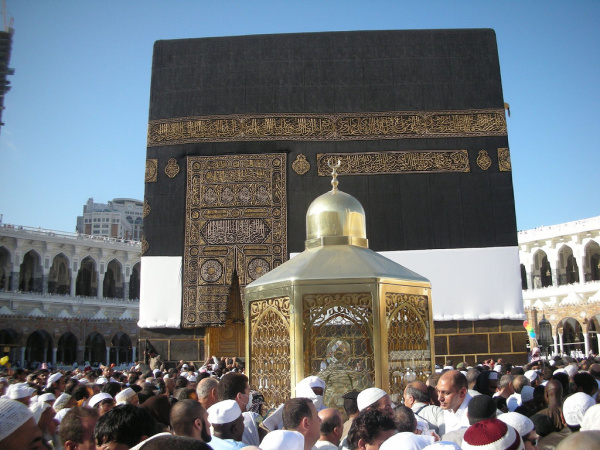 Last night I came across an extraordinary piece by Earl Cox in the Jerusalem Post: “Radical Islam is, in truth, the Normative Islam”.
Mr Cox cites half a dozen instances of “Islamic terrorism”, including 9/11, the Boston Marathon killings and Woolwich, claiming “the Islamic definition of peace is to see the entire world controlled by Islam and cruel Islamic Sharia law… There really are no moderate Muslims in that they all are taught in the Qur’an to hate all infidels… They show joy when these murderous deeds are carried out”.
There are two reasons one must not ignore Mr Cox’s sharp rhetoric.
Firstly, his opinions are not immaterial. He attracts significant mainstream media exposure. He has organised grassroots campaigns for high profile US politicians and has had numerous governmental roles spanning four US presidencies.
Secondly, and most importantly, his views reflect the fear, misunderstanding and, yes, hatred of “radical Islam” that many hold. In the UK Islamophobia is rising. It is epitomised by numerous attacks and aggressive gestures towards mosques, which have received derisory media coverage. Even community centres that have worked hard to build bridges with their neighbours have been on the wrong end of hostility. Look at the example of Grimsby mosque, which actively sought integration. It hosted school visits. Its leaders participated in interfaith dialogue. Dr Ahmad Sabik, its Imam, damned the Woolwich attack in the strongest terms. Still petrol bombs were thrown this summer. Still bricks were hurled.
Just 33% of respondents to a YouGov poll viewed Islam as compatible with British values, whilst the numbers who believe British Muslims feel no sense of loyalty to Britain has risen.These figures are influenced by the demagoguery of journalists such as Earl Cox who do nothing but fan the flames of discord. This is why it’s important to tackle each of his points in turn.
The Quran teaches the hatred of disbelievers

There are Quranic verses which, read without context, are troublesome. “The infidels are your sworn enemies” [4:101] and “Make war on the infidels” [66.9] are two such examples.
The above-referenced verses use the definitive form. The commandment is given to a certain individual, regarding certain persons, at a certain time, in a certain place. To omit such philological due diligence is criminal. But any mischief-maker can quote these verses and stir the deepest of emotions in their audience – which is precisely what “radical Muslims” are guilty of.
The Quran isn’t the only victim of quote-mining. Take this passage from Deuteronomy [17:12]: “Anyone who shows contempt for the judge or the priest… is to be put to death. You must purge the evil from Israel.”
Based on this, death is ordained for one who ignores the priest. Yet we know this is a shallow reading, and Christians and Jews are better than this verse would suggest.
So how are Muslims taught to treat non-believers?
The Prophet Muhammad’s cousin Ali ibn Abu Talib encapsulated Islamic teaching of tolerance when he said “a person is either your brother in faith or your equal in humanity”. And the Prophet himself said: “Injustice is regarded as one of the greatest sins. Therefore, oppressing people because they have different beliefs is rejected.”
Muslims support radical attacks

For “radical Islam” to be normative Islam, the majority of Muslims would have to embrace its ways. This has not happened.
Every Muslim with any modicum of understanding about Islam, which coincidentally means “peace”, reviles these barbaric, inhumane attacks as a crime against innocents and defamation of the beautiful religion of the Prophet. These are two of the gravest offences any Muslim could commit.
This is not a grey issue. There is no silent acquiescence from the Muslim community. Many a leader has gone out of his way to condemn these instances of violence, just as Dr Sakib did. These attacks do not represent Islam, just as the perpetrators do not represent Muslims. When a Palestinian woman from occupied Jerusalem is beaten, her hijab torn off, whilst dozens stand idly by – including a smiling security guard – do we point the finger at Judaism? For the women who attacked her were Jews. Perhaps we accuse the State of Israel, for their nationality was Israeli? Do “Buddhist Neo-Nazis” in Burma act as accurate representatives for that ancient sect? How about the Klu Klux Klan – do they offer a fair reflection of the American Christian movement, given their symbolic use of the cross?
Or maybe we decry such lunacy as the acts of cruel, vicious, sadistic imbeciles, not fit to call themselves followers of great and peaceful religions.
Mr Cox himself talks of “true Christianity” and “true Christian values”, recognising the possibility that sometimes Christians do not act in line with their religious traditions. Why is there one rule for Muslims and another for everyone else?
The true spirit of Islam
True Muslims celebrate the end of Ramadhan by feeding the deprived and homeless. Others form a human shield to protect worshipping Catholics from attack inside an Egyptian church.
I wonder whether someone has told Mr Cox that the same Muslims who “support all of these incredible Muslim killings… with broad smiles” are also the most generous donors to charity ahead of every other group. As Farooq Murad, Secretary General of the Muslim Council of Britain said “this highlights the true spirit and reality of Islam in Britain.”
The British people be wary of the dangers of Islamophobia. The misdeeds of a handful cannot spoil the lot. We must not be naïve, for if heed is not taken, Britain will marginalise Muslims. Valuable members of society will be cast aside. Britain must celebrate Muslims’ contributions, not view them with suspicion.
Muslims like me are sick of a select few hijacking our beliefs. I am tired of others tarnishing my religion, muddying my traditions, bringing my teachings into ill-repute. There is no such thing as radical Islam. There are bad apples in every cart. Don’t give them the satisfaction of spoiling the rest, Mr Cox.
—-
Written by Ali Gokal on Huffington Post