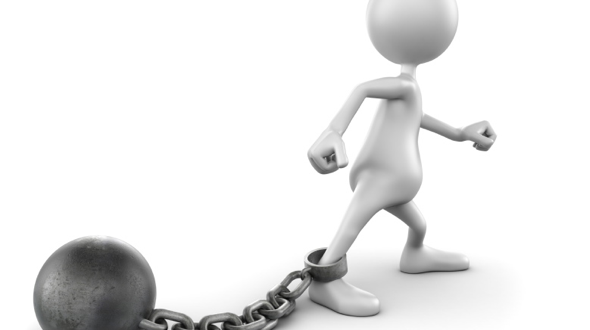 The Two Types of Taqwa (Part 1)

Shaheed Mutahhari in his “Dah Goftar” discusses a profound concept that should be subject to attentive examination by all believers– especially those seeking spiritual refinement. He says taqwa is of two types: A taqwa of weakness (تقوای ضعف) and a taqwa of strength (تقوای قوت). Sometimes a person has taqwa because he has secluded himself from the world – sequestering his carnal desires from being provoked. Naturally, if one isolates himself from environments that trigger carnal desires, he will remain pure: one who never takes examinations, will never make mistakes. A purity resulting from such an isolated lifestyle isn’t a product of having strengthened an inner spiritual spirit of withstanding sinful temptations. This type of taqwa is often prescribed from laymen as a means of remaining pure; to abstain anything, like power, fame and wealth, which may tempt one to sin.

Rumi mentions in his Masnavi an epic that promotes this viewpoint of taqwa, the taqwa that Shaheed Mutahhari considers “Taqwa of Weakness”:

There was once a man in Iraq who decided to go into the cold and snowy mountains in search of a snake. He wanted to display the snake to the townspeople and thereby raise a few coppers from the incredulous crowd.

Foolish man that he was, he searched through the mountains and lo and behold! He found a terrible and fierce-looking dragon who seemed quite dead from the cold. He bundled up the creature in a cloth and tied it up with string, and carried it down to the town.

“See!” he cried out to the townspeople, “See what I have brought, with great difficulty and much searching, from the mountains! Come and see this terrible and fierce-looking dragon, whom I have killed!”

The townspeople came from near and far to behold such a sight. They rallied around the dragon, and the crowd grew so thick that people jostled against one another, all craning their necks to catch a glimpse of this fierce and terrible dead dragon. [1]

In the town, the sun grew stronger and by the warmth of its rays, the dragon began to emerge slowly from its frozen state. As it warmed, life revived in the dragon, who had not been dead at all but merely frozen beyond outwardly movement. Soon it burst forth from the cloth and string that had been tied around it.

The townspeople were filled with terror at the sight of the fierce dragon, come back from the dead as it were, and ran away from it in panic, crushing each other as they fled.

The dragon, mighty serpent that it was, devoured whoever was in its path, and finding a pillar, entwined itself around it, eating alive the man who thought he had easily captured a terrible and fierce-looking dragon.

And thus ends the story of the snake-catcher and the serpent.

In narrating this story, Rumi relates it to man’s dilemma with controlling his soul (نَفْس). In his epic, the sun is symbolic for temptations man’s soul is provoked by, and the dragon/serpent is symbolic for our nafs; awaiting a tempting stimulus to trigger its destructive rebellion. For so long as man’s soul is hidden from the pleasures (fame, pleasure, money, lust and etc.) which warm it up, he lives calmly and without trouble. However, as soon the animal-soul of man is awakened by the warm prospect of power, lust, fame and wealth, its destructive damage will first and foremost affect man himself, and possibly, others afterwards. Therefore, a great many people, albeit their pure intentions, wrongfully prescribe complete seclusion, indefinitely, lest one’s animal-soul tempts one towards sin, bringing forth his destruction. Shaheed Mutahhari has stated this type of advice and form of taqwa (taqwa of weakness) lies in contradiction to the lifestyles of the Ahlul-Bayt and our blessed Prophets. Many a times, a Muslim has societal, communal and other forms of responsibilities that he is obliged to attend to, of which absolute seclusion will prevent him from.

If this form of taqwa is ever to be advised, it should only be done so for one who is just beginning his journey of spiritual wayfaring towards the Beloved. Seclusion from the outside world for the sake of introspection, finding oneself, evaluating one’s current lifestyle for reconstructing it in accordance with Islamic principles, is advised for one who’s just beginning his spiritual journey, however, it should be noted that this phase is meant to be transiently-lived. Many Prophets, prior to attaining Prophethood (نبوة), had their own spiritual retreats: secluding themselves from society. It is impossible for one who becomes a great influential figure, especially in spirituality, to forgo a period of introspection and reflection, therein which they refine themselves, prior to stepping into this worldly abode which seeks to deceive its seekers by its pits of deception and ill-fated glitters and ornaments. My dear readers, the importance of this phase shouldn’t be trivialized by the transience of it. In fact, the success one attains in his involvement in his worldly dealings is directly proportional to the quality of the introspective phase he observes.

The following analogy may lend a hand in elucidating this matter. If a pre-med student’s goal is to attaining admittance into Medical School, how critical of a role does the preliminary phase of studying for his examinations play in attaining that goal? What can be said of his performance in the test if he were to neglect the studying phase? Just as one must prepare himself intellectually and mentally for an academic examination, he too must prepare himself spiritually for worldly trials and tribulations. Sit at the gate of your nafs, guard what shines on it and safeguard its purity – for therein resides the means for seeking and attaining nearness to the Beloved; maintain its purity at all costs. Otherwise, he who knows not the potential lying within him – a macrocosm by Imam Ali (as)’s analogy [3] –  is of those whom God has said:

And be not like those who forgot Allah, so He made them forget themselves. Those are the defiantly disobedient.

God has created our hearts with a potential of serving as a container for His epiphany. But can the manifestations of God and realities within this universe be experienced by He who’s caught up in the deceiving glitters of this world? One cannot expect any sort of success without initially aligning his inclinations and desires with Islamic principles. The role seclusion plays as a preparatory stage is to make one know himself, to know his origin and to where he’s headed. So long as man’s desire for satisfying his carnal inclinations exceed that of his spiritual ones, he will be subject to the snares of this abode’s treachery! Introspection isn’t a one-off exercise one ought to undergo prior to involving himself with worldly affairs, instead, it must be exercised, each time at higher degrees, throughout one’s spiritual journey. What is meant by the “initial introspective phase” is solely in regards to finding oneself, setting one’s objectives straight and establishing a game plan for when he decides to enter among the people.

Imam Khomeini, in his “The Greatest Jihad: Combat with the Self”, says:

Many things ruin people and keep them from studying and purifying themselves, and one of them, for some, is this very beard and turban! When the turban becomes a bit large, and the beard gets long, if one has not refined oneself, this can hinder one’s studies, and restrict one. It is difficult to trample the commanding self under one’s feet, and to sit at the feet of another for lessons. [2]

God-willing, through the assistance of the Ahlul-Bayt, a following article will be dedicated towards discussing the second form one’s taqwa can observe, and a few vital points in regards to spiritual refinement. In the mean time, the respected readers are strongly advised to attentively reflect over the aforementioned points.