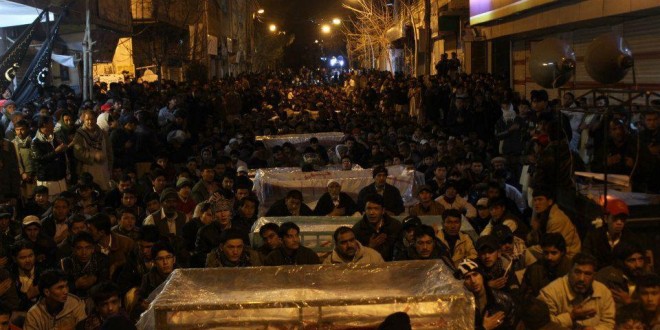 We Are All Quetta 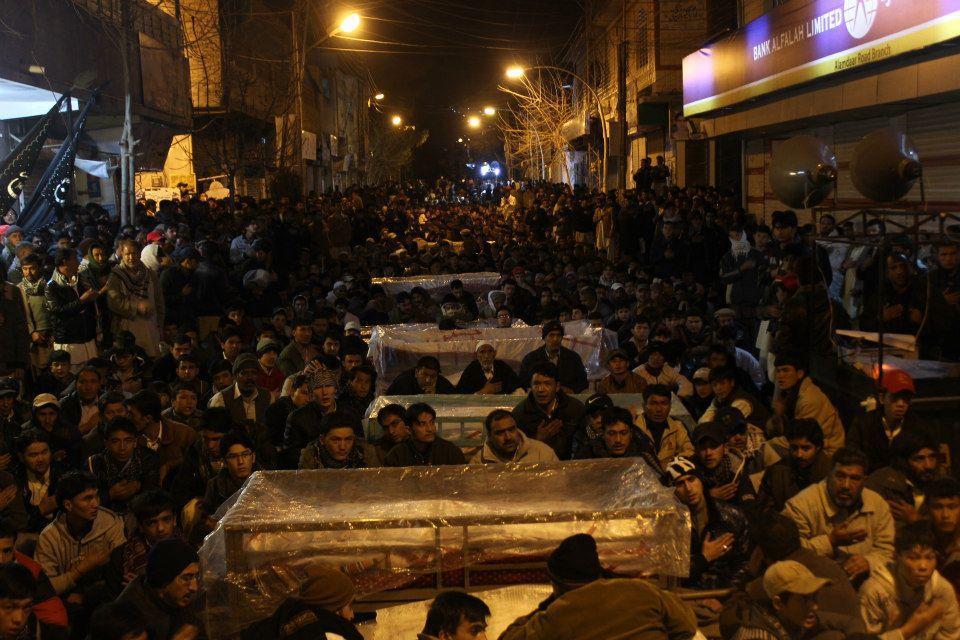 Processions attacked in Karachi, people pulled off buses and gunned-down in Gilgit, billiard halls blown up in Quetta – the torrent of violence against the Shi’a of Pakistan continues unabated. Thousands of men, women and children murdered in cold blood; casualty figures of this magnitude are usually reserved for wars. But this isn’t a war – it’s something much, much worse. This is extermination.

Pakistan is the front line of a global attack on the followers of the Prophet (saaw) and his Household (as). In Iraq post-2003 and Syria now, so-called Jihadist groups have taken advantage of the ensuing instability to attack Shi’a communities and bomb holy sites. At the same time, Bahrain, Saudi Arabia and the GCC states pursue a campaign of terror and repression to deny their Shi’a citizens political enfranchisement. Meanwhile in Indonesia and Malaysia – long hailed as “moderate” Muslim nations by the West – Shi’a villages are burned, refugees denied access to food, water and medical care, and Muharram majalis raided by the police. But nowhere do we bleed so badly as in Pakistan, and nowhere is the sense of injustice so palpable.

There are as many as thirty million Shi’a living in Pakistan, accounting for more than 15% of the population. And yet they are now being targeted in a brutal and systemic campaign of violence and terror by armed militias, while the government and military of Pakistan, not to mention the Western governments who are their allies, appear to stand by, indifferent. In parts of the country like Gilgit-Baltistan, Shi’a communities live under virtual siege; transport and communication links are severed and curfews imposed, sometimes with the collusion of the very security services charged with their protection. And despite the mounting bloodshed, not a word is uttered in defence of the oppressed.

But despite the clearly sectarian nature of this violence, this is not a Sunni-Shi’a conflict. Let me repeat that: this is not a Sunni-Shi’a conflict. We must draw a distinction between the perpetrators of these terrible crimes and the majority of our Sunni brothers and sisters who join us in condemning them. Members of the Sunni community, including some notable scholars, in Pakistan and other countries have spoken out against these atrocities; some even have risked their lives by forming a human shield around Muharram processions in their localities. We must not allow demagogues on either side to desecrate the memory of our martyrs by exploiting this tragedy for their own twisted narratives of hate; that is exactly what those who killed our brothers and sisters hope to achieve. Now, more than ever, it is essential we struggle for unity in the face of adversity.

A global problem calls for a global response. Too often we allow ourselves to think in terms of our own ethnic and national identity and thus only attend “our own” demonstrations, rallies and events. As Shi’a Muslims living in the West, we are in a unique position to build a broad and diverse movement to oppose the oppression of our brothers and sisters wherever they may be. We have experienced this first hand in the recent initiatives for Bahrain and Indonesia. Now it is the Shi’a of Pakistan who desperately need not only our sympathies, but our actions too.

Marches and demonstrations in solidarity with the protesters in Quetta are an excellent way of making our voices heard, but our efforts must not stop there. First, we need to raise awareness: Tell your friends and colleagues about what is going on and ask them to take positive action. Tweet. Facebook. Alert local and national news organizations; write op-eds, articles and letters to daily newspapers. Contact human rights organizations and request whatever support they can offer. Second, we need a broad showing of opposition to the sectarian slaughter; invite non-Muslims and our Sunni brothers and sisters to join the demonstrations and make sure they feel welcome and know that their support is appreciated. Finally, we need to bring as much political and diplomatic pressure to bear on the Pakistani government as possible, so that they not only voice a clear stance against sectarian violence, but also take concrete steps to put an end to it; sign petitions, write, call or meet your MP/congressman and contact the Pakistani diplomatic mission in your country to register your concern. We have a duty to exhaust every means at our disposal to put an end to these atrocities. There is no time to waste; every day that goes by means more innocent blood spilled.

How many more martyrs will the Shi’a of Pakistan have to bury before something is done? How many more people will lose parents, siblings and children whose only crime is to love the Prophet and his Household? If we stand by and do nothing, we are no different to the people of Kufa who stood by and watched Imam Husayn (as) and his companions slaughtered by the army of Yazid. The killing has to stop. That is why it is crucial, in the coming days, that we take a stand. That is why we must make our voices heard. That is why #WeAreAllQuetta.