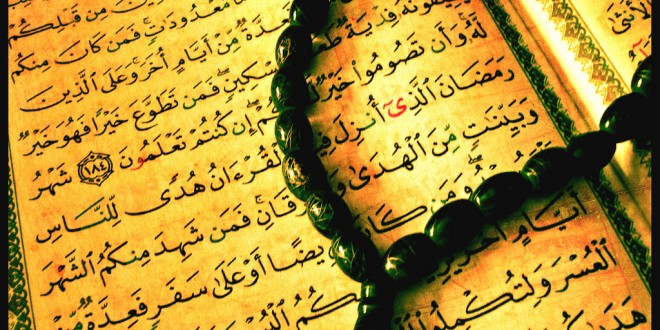 What is the month of Ramadan?

The Holy Month of Ramadhan is a month of reflection, self-refinement and worship. In the modern-world marked by its endless and exclusive attention to material needs, little or no thought is spared to the higher needs of human beings. Islam on the other hand, has made the conciousness and attainment of these higher needs the very emblem of perfection for both individual and society. The month of Ramadhan is that unique period during the year in which Muslims are not only trained to abstain from material pleasures, but in which they are called on to attend to their higher and loftier spiritual needs.

The month of Ramadan is the ninth month of the Islamic Lunar calendar and falls between Sha’baan and Shawwal. It is the only month mentioned in the Qur’an [2: 185]*

The ancient Arabs had named the lunar months according to certain social circumstances or natural events or conditions that prevailed at the time of their naming. Thus Muharram (meaning ‘forbidden’) was a month in which warfare was banned. The two months called Jumada (the first, al-Awwal, and the second, al-­Thani), whose meaning conveys the sense of becoming hard or solid, were thus named because during these months wells or springs became low or ‘hard’.

Although there is no clear consensus on the meaning of ‘Ramadan’, it is likely to be related to the verbal root form ‘ramada’ which means ‘to bake’ or ‘to be heated up by the sun’. This verb was often used to describe the cooking process by which a whole sheep or goat would be baked in a pit in the ground, covered by hot ashes and scalding stones. Ramadan could have been the hottest point during the year, though because of the lunar nature of the Islamic calendar it actually falls at different times throughout the year as each year goes by (a difference of approx ten days). Some say that Ramadan means the month of ‘heat’, because one would be burning off one’s wrong actions by total abstention and restriction.

For Muslims fasting, or ‘sawm’ in Arabic, was commanded in the Qur’an as a major obligatory spiritual discipline for the duration of the month of Ramadan. The Arabic word for fasting is derived from the root, ‘sama’ meaning to abstain from food, drink, smoking, sensual gratifications, wrong actions, harmful intentions, thoughts, words and deeds.

Islamic fasting is obligatory for one month in every lunar year, that is, Ramadan, the ninth month in the Islamic calendar. All healthy adults are expected to adhere to the proper rules of fasting. In addition to this obligatory fast, there are many optional fasts, some of which occur regularly every week or month, and some that are scattered throughout the year. These fasts are Sunnah, or the practice of the Prophet. Fasting is also used as a penance for breaking an oath and as a compensation for some other religious obligation.

The fast of Ramadan begins with the physical sighting of the new moon. Throughout the month a Muslim may not eat or drink from daybreak (when a fine strip of light may be seen on the horizon) until the sun has set. Before dawn a small meal (suhur) is usually recommended to be taken, although not obligatory, and just before the sunset (maghrib) prayer the fast is traditionally broken with dates and water, to be immediately followed by the prayer. Later on a larger meal is partaken by the entire family, often shared with relatives, friends and guests.

The daily fast is begun by formulating the intention to perform the fast as a rite by making a clear intention (niyyah) to observe the fast. No one should fast if their health cannot sustain it or if a fast should threaten one’s health. Pregnant and nursing women whose health may be harmed are exempted, as are those who are travelling away from home. When health is restored or other conditions for breaking the fast are removed (such as menstruation) then the person is expected to make up the fast later during the course of the year. The rules and conditions for Islamic fasting are given in chapters five and six.

Ramadan offers the believer an opportunity to mark an end to indulgence, or at least to impose a clear limit to it, day after day for the duration of a month. This daily restraint breaks the habitual patterns of the self and constitutes a purification both of body and spirit, which brings about renewal of strength and greater spiritual awareness. Each and every ritualistic practice of Islam disciplines the individual and strengthens Muslim society if applied thoroughly.

Every year the month of Ramadan falls at different times because the lunar calendar is shorter than the solar by approximately ten days. This means that as the period of the fast is brought forward annually, Ramadan will fall during all seasons of the year in a gradual progression. Despite the strict rules and restraint induced by the fast, Ramadan is usually a joyful time for Muslims everywhere. The last ten nights of the month, particularly the odd nights, are the spiritual highlights of Ramadan, for one of these nights is Laylat al-Qadr, the Night of Determination, in which the Qur’an was first revealed to the Prophet.

Ramadan comes to a close with the celebrations and prayers of Eid al-Fitr. On this day a Muslim will give appropriate alms to the poor, and families gather for a light morning repast after the congregational prayer. The Eid prayer, performed outdoors, is followed by a discourse delivered by the prayer leader after which people exchange good wishes and celebrate their success in performing a most important act of worship and attaining a heightened awareness and purposefulness in life.

* Quran (2:185) “The month of Ramadan in which was revealed the Qur’an, a guidance for mankind, and clear proofs of the guidance, and the Criterion (of right and wrong). And whosoever of you is present, let him fast the month, and whosoever of you is sick or on a journey, (let him fast the same) number of other days. Allah desireth for you ease; He desireth not hardship for you; and (He desireth) that ye should complete the period, and that ye should magnify Allah for having guided you, and that peradventure ye may be thankful.”