What is the Philosophy Behind the Prohibition of Gambling? 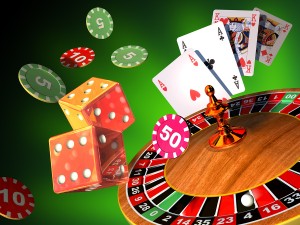 It is very rare to find someone who is not acquainted with the various harms of gambling, and in order to further explain this fact, we present here, briefly, some of its evil consequences:

Gambling, the Premier cause of agitation and excitement

All psychologists are of the opinion that mental agitation and excitement is the principal cause for many diseases. For example, reduction in (body) vitamins, ulcers of the stomach, insanity, mild and severe nervous and psychological disorders and the like, often arise as a result of excitement – and the premier cause that brings about such excitement is gambling. An American scholar has stated: In this country alone, more than two thousand individuals die every year due to excitement and agitation arising as a result of gambling, and on average, the heart of a poker-player beats in excess of a hundred beats a minute. At times, gambling also triggers cardiac and cerebral apoplexy and is undoubtedly a factor which brings about early ageing.
Apart from what scholars have stated, a person who engages in gambling, finds that not only is his soul subjected to tension but also the tracts of his body come to possess an unusual and atypical state – his heartbeat increases, sugar level in the blood rises, there occurs a disruption in the secretion of the internal glands, the colour of his face pales and he suffers from a lack of appetite. Upon conclusion of the gambling bout and subsequent to a tensed battle of nerves he goes to bed, predominantly resorting to alcohol and drugs in order to soothe his nerves and calm his body. Therefore, the harm arising as a result of these ought to be added to that which arises directly as a consequence of gambling.
Another scholar has said:  A gambler is a diseased person, who is in need of constant psychological attention. An effort should be made to make him comprehend that there exists a psychological vacuum, which propels him towards this reprehensible act, so that he embarks upon treating himself.

Connection between crime and gambling

One of the world’s largest organisations dealing in statistics has established that thirty percent of all crimes are directly related to gambling, and it is also one of the factors which bring about seventy percent of offences.

The economic harms of gambling

During the course of a year, huge amounts of money are lost as a result of gambling, aside from the numerous man-hours that go down the drain as a result of it – even losing the enthusiasm to work during the rest of the time. For example, it has been stated in one report that in the city of Monte Carlo – one of the well-known gambling centres of the world – a person, in a gambling spree spread over a period of 19 hours, lost a sum of 4 million Iranian tumans. When the casino shut its doors he proceeded straight towards the woods where he shot himself in the head. The reporter adds that the woods of Monte Carlo have repeatedly witnessed incidents of suicides on the part of such devoted gamblers.

The social harms of gambling

Many gamblers, owing to the fact that they occasionally turn up winners and possibly pocket thousands of other people’s money within a short time, are not inclined to enter into economic and manufacturing work as a result of which, the wheels of economy and production tend to become crippled in the corresponding ratio. If we inspect meticulously, we would realise that all the gamblers and their families are a burden upon the society, not only because they do not contribute the slightest benefit to it but, on the contrary, they exploit it for their own benefit and at times resort to theft to make good the losses incurred by them during gambling.
In short, the evils of gambling are in such great measure that many of the non-Islamic nations have prohibited it by law, although they may extensively indulge in it in practice; for example, England prohibited it in 1853, the Soviet Union did so in 1855, the United States implemented the prohibition in 1854 while Germany followed suit in 1873.
At the end of this discussion it is interesting to note that according to statistics compiled by some researchers, 90 percent of all pick-pocketing instances, 10 percent of moral offences, 40 percent of assaults, 15 percent of sexual abuses, 30 percent of divorces and 5 percent of suicides are brought about by gambling.
If we were to present a definition for gambling, we would have to state:  Gambling means sacrificing wealth and honour, for acquiring the riches of others by means of deception and craftiness, or, at times, for recreation – but not attaining either of the two objectives.
——
Source: al-Islam.org