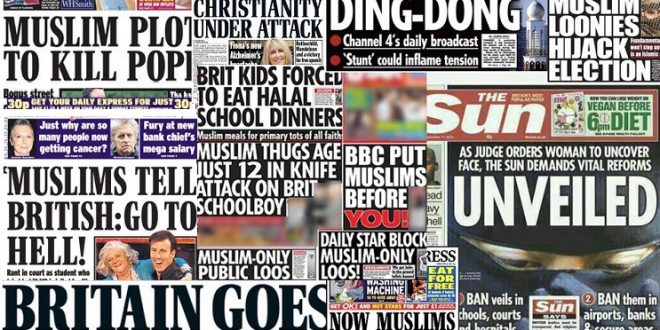 It’s been yet another year when British Muslims were targeted by the state and the media, with our religious and political values under constant attack, writes Roshan Muhammed Salih.

2018 was a year when the government appointed one of the community’s most disliked figures to the role of extremism tsar, when Islamophobia in the ruling Conservative Party was finally called out, and when Zionists relentlessly targeted pro Palestine activists.

Here are some of the highlights and low-lights from the past year:

In January more than a hundred Muslim leaders signed a joint statement condemning Sara Khan’s appointment as the head of the new Commission for Countering Extremism and called upon the government to reverse its decision.

They said Khan had no grassroots credibility with the Muslim community, and no academic background or serious practical experience upon which to take up the role.

They said the appointment would further damage relations between the government and Muslim communities.

Khan’s support for the government’s Prevent counter terrorism strategy, as well as her poor relationship with Muslim community stakeholders, has poisoned her relations with the Muslim grassroots.

She was appointed on the basis of a three-day-a-week, £140K a year job, funded by the British taxpayer. During the course of the year she repeatedly said she had been consulting widely in the Muslim community and outside of it in the fight against extremism. She also found allies in the Ahmadiyya community.

In front of a government parliamentary committee in October, Khan defended her suitability for the job, launching a defence of the Prevent strategy and saying the main threat of extremism in the UK comes from “Islamists” and the far right. She also said that those who support counter terrorism policy are being bullied and need to be supported.

At the end of the year advocacy group CAGE called for a boycott of the Commission for Countering Extremism’s study into “extremism” because it believes it aims to provide a basis for the implementation of repressive counter-terror and extremism policies.

Several Muslim charities which raise millions of pounds from the Ummah every year were put under the microscope in 2018.

In March a Birmingham-based charity which was set up to help vulnerable women closed down after being declared insolvent.

A notice on the Charity Commission website said that Amirah Foundation had failed to provide information on its finances within 10 months of the financial year end.

For the year ending 2015, the charity’s income was around £253,000 mainly from public donations and grants. But only around £64,000 of that money was spent on charitable activities, representing a charitable spend of 25%. Meanwhile, over £91,000 was paid in wages and expenses.

In May, the chief executive of Muslim charity Human Appeal was sacked for gross misconduct following an investigation into financial irregularities.

Othman Moqbel was dismissed by the Manchester-based charity after a disciplinary hearing. Two other executives, Zahid Rehman, director of communications, and Razaul Karim, head of campaigns, resigned after being suspended.

Following his dismissal Mr Moqbel started proceedings against the charity. A statement from his lawyers said the dismissal had come as a “shock to him and many others” and described the inquiry as a “whitewash”.

In December, British boxer Amir Khan’s charity was criticised by the Charity Commission over its failure to provide clear details about its spending or to submit annual accounts on time.

The Amir Khan Foundation was set up in 2014 and in the first two years it reported an income of £409,602 and expenditure on charitable activities of £241,469. But it failed to provide any details about exactly which projects were funded.

Also in December, The Charity Commission found serious mismanagement on the part of the former board of trustees of Muslim Aid.

The former board of trustees of Muslim Aid issued a joint statement rejecting the Charity Commission’s findings.

Pro Israel lobby groups in the UK conducted a non-stop campaign to get the Labour Party. led by pro Palestine Jeremy Corbyn, to adopt a definition of Antisemitism that shields Israel from harsh criticism.

In March, a delegation of pro-Israel groups and lawmakers lobbied the Prime Minister, calling on her to ban the annual Israeli Apartheid Week from UK campuses.

In June, the Crown Prosecution Service decided to drop an attempted prosecution by Zionists of a pro Palestinian activist. The pro Israel Campaign Against Anti-Semitism (CAA) had launched a private prosecution against Nazim Ali, a participant in the 2017 Al-Quds Day demonstration in London, alleging that comments he made during the protest had caused alarm or distress to Zionists who were taking part in a counter-demonstration.

Mr Ali, an Islamic Human Rights Commission speaker, made several anti-Israel and anti-Zionist comments during the march but the Crown Prosecution Service (CPS) found that he had no case to answer.

IHRC chair Massoud Shadjareh said: “We are relieved and pleased that the CPS has seen the CAA’s prosecution attempt for what it is. This was a witch-hunt against Mr Ali that demonstrated all the typical characteristics of the pro-Israel lobby’s tactics to undermine people’s right to defend the oppressed Palestinian people.

“We will stand by any pro-Palestinian activist who is maliciously prosecuted by CAA or its allies. This victory shows us that the pro-Israel lobby cannot use the British legal system to bully their critics into silence. Justice will prevail for the Palestinian cause.”

Also in June, around 5,000 people turned out for the annual Al-Quds Day parade, which was organised by the Islamic Human Rights Commission, which highlights the ongoing suffering of the Palestinians.

The march began at the Saudi embassy to protest Riyadh’s growing ties with Tel Aviv and it ended at 10 Downing St. It passed off without major incident despite fears of sabotage by right wing and pro-Israeli protesters, including Maajid Nawaz, who had organised a much smaller counter demonstration. Many of them were upset by the presence of Hezbollah flags at the march.

In June, more than 350 Muslim organisations and mosques wrote to the Conservative Party urging them to launch an internal inquiry following allegations of Islamophobia.

The calls for an inquiry supported those made by the Muslim Council of Britain (MCB) urging a full investigation to tackle the “more than weekly occurrences of Islamophobia from candidates and representatives of the party”.

But UK Home Secretary Sajid Javid denied there was a problem with Islamophobia in the party on the BBC’s Andrew Marr Show. Instead, the Home Secretary criticised the MCB, claiming the group did not represent British Muslims and had associations with “extremists”.

In August, the party received dozens of complaints about the ex-Foreign Secretary Boris Johnson’s comments about Muslim women wearing burqas.

Mr Johnson rejected calls to apologise for saying people wearing burqas looked like “letter boxes” or “bank robbers”, in a Daily Telegraph column in which he also argued against a ban on full-face veils.

Critics accused him of stoking Islamophobia to boost his Tory leadership ambitions but his supporters have said he was speaking up for “liberal values”.

Meanwhile, in November a Conservative Party councillor who was suspended for sharing anti-Muslim rants on social media was re-admitted to the party.

Solihull Borough Council’s Jeff Potts was suspended after retweeting comments such as: “Deport and repatriate all Muslims from the UK or watch terrorists kill innocent people for generations to come.”

Comments retweeted by Coun Potts before his suspension included: “You’ve clearly not experienced the Pakistani hospitality, having a daughter raped by men who think she’s ‘white trash’.”

One tweet shared by Coun Potts showed an image of Germany apparently transformed into an Islamic state, with a Berlin city sign written in Arabic, German Chancellor Angela Merkel wearing a headscarf and the crescent and star image associated with Islam above the Bundestag, the German parliament.

Text accompanying the image read: “Many ‘leaders’ of Western European Countries treat Islamic Culture as a FACT of Life that Europeans MUST get used to!”

Another Tweet linked to a news report about a rape case, with the words: “The vile rapists were 3 Muslim men (imagine my surprise) and an unnamed boy.”

In January couple were found guilty of planning an “ISIS inspired” bomb attack in the UK over the Christmas holidays.

Mother-of-two El-Hassan instructed Mohammed as he went shopping for a list of ingredients for the preparation of homemade explosives.

Mohammed volunteered for a “lone wolf” UK mission as he communicated on Facebook with an ISIS commander called “Abu Bakr Kurdi” and pledged allegiance to the so-called Islamic State group.

When he was arrested in December, Mohammed had a 200ml bottle of hydrogen peroxide and 500ml of hydrochloric acid – two of the three components for triacetone triperoxide (TATP) explosives, as well as manuals on how to make explosives, mobile phone detonators, and deadly ricin poison.

When counter terrorism officers raided his home after his arrest, they found bomb manuals and instructions for ricin and mobile phone detonators, as well as hydrogen peroxide from a local pharmacy, a bottle of bomb making acid which he stored in his fridge, face masks, and a container holding a litre of almost pure sulphuric acid.

And in May a Sunderland man who tweeted support for ISIS and called for “death to Shias” was jailed for four-and-a-half years.

The 40-year-old pleaded guilty on the basis he was reckless. However, a Newcastle Crown Court judge said his denial “lacked credibility”.

Khan shared messages on social media in which he said Shia Muslims should be burnt alive. He also reposted a tweet which included an ISIS call to attack US bases in Bahrain.

Following his arrest at his convenience store, police found pro-ISIS videos on his computer. Giving evidence, he said he “may have come across inadvertently supporting them”. 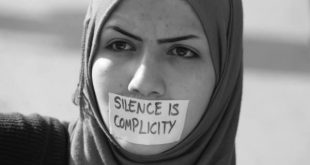