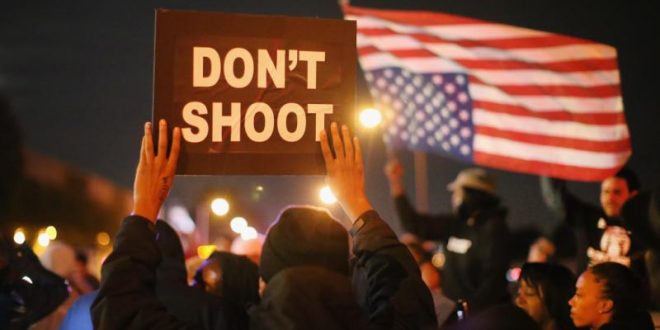 Who is an American?

Who is an American and who is not, that is the Question. What does it mean to be an American and how does it sound to be an American.  This question begs itself after an Iranian-American fashion blogger, Hoda Katebi, who was in an interview by Chicago’s WGN News morning show was told that “she didn’t sound American”. After these remarks, the interview went viral and many felt the questions posted to her was unfair and inappropriate.

What exactly is the stereotypical image of an American?  By definition, an American is a native or citizen of the USA.  Does it really matter what your ethnic background is, what color you are, or what faith you follow? The original American spirit is based on the constitutional rights of having freedom and justice, as dictated in the Declaration of Independence, to enjoy life, liberty, and the pursuit of happiness. That includes the freedom of speech, freedom of expression, and freedom of religion. Americans hold these truths to be sacred and undeniable; that all men are created equal and independent, that from that equal creation they derive rights inherent and inalienable. This is what makes America unique compared to third-word countries where basic human rights are not protected. Hence, many immigrants have left their homeland to come seek a life of opportunity, freedom, and to enjoy rights and benefits which are denied in their own home countries. To be able to entertain these rights even without being a citizen of the U.S. and to pursue goals and objectives that may not be easy, is what the common people understand as living the American dream.

However, today unfortunately the western world has adopted a very different idea of what it means to be an American. Times have changed and mentalities have evolved in such a negative manner that what was perceived yesterday as one thing is today altogether altered.  What defines an American generally today (NOT every American) is totally different than what was dictated in the Declaration of Independence.

Today, an American is one who discriminates against people of color and of other faiths, and excludes them from being considered an ‘American’.

Today, an American is one who commits injustice or accepts injustice being committed by other fellow Americans, whether nationally or in foreign land and watches oppression silently.

Today, an American is one who condones the distribution of mass weapons to Middle Eastern countries to promote war and cause the killing of thousands of innocent Muslims and people of other faiths abroad.

An American is one who defends the American government at all costs regardless of the double standard policy being practiced left and right.

An American is one who dehumanizes Muslims while claiming to care about other humanitarian causes while Muslim blood is on their hands.

An American is one who labels Muslims killers as terrorists while dismissing White killers as mentally impaired or just needy of prayers.

An American is one who ignores victims of other color and faiths and intentionally fails to cover their stories in the media, while any hair plucked from the head of a Caucasian person becomes the headlines on the daily news!

Today, an American is one condones the travel ban of innocent people into the US with the pretext of maintaining national security, while the export of weapons of mass destruction is condoned and unbanned.

An American is one who supports and sponsors the apartheid Zionist state while watching innocent Palestinians being expelled from their homes and forced to settle elsewhere under a discriminatory government where they are oppressed.

An American is one who with all audacity claims a land to be the capital state of the oppressive regime, while ignoring the victimized people whose land has been seized against their will.

An American is one who blocks himself the freedom of formulating one’s own moral opinion and position based on human conscience, and fails to stand up for truth and justice regardless of its implication and consequences.

An American is one who carries the US flag on one hand, while innocent human blood is dripping on the other hand.

An American is one who celebrates Presidents day as a national holiday even if the President of today has exceeded unimaginable limits and boundaries that none of his predecessors have ever done.

An American cop is one who targets and frisks people of color, arrests, beats, and kills them recklessly for no justifiable reason, and still expect to get away with it.

An American mentality is one that is self-centered and arrogant, leading to none other than oppression and injustice against others.

An American policy looks after its own interests while the interests of other citizens abroad is demeaned, overlooked, and belittled.

To be an American is to compile wealth and increase the gross net in bank assets at any cost and from any means, even if human beings are dying from starvation and malnutrition is on the rise in third-world countries.

An American who plays a deaf ear the victims of people from other ethnicities, race, color, and faith are marginalized intentionally, their blood wiped under the carpet, and their memories erased.

Yes, that is what it means to be an American, to sound like an American, and to smell like an American. As if the aim of life on this earth is adopt policies and mentalities that are unfair to others.  The question is NOT whether we are American or sound like one.  The real question is: Are we human and do we sound and act like human beings who carry a sound conscience?

Do we adopt and maintain principles based on human morality, humanization and respect of the rights of others even if we differ in opinion or color with other people?  Do we care for our fellow human brothers and sisters like we care for our own biological siblings? Where are we from the great words of the Great Leader and Saint, Imam Ali ibn Abi Taleb who once said:

“Man is either your brother in faith or your equal in humanity.”

How much ethical consideration do we give in our daily lives, at home, work, and school?  And to what extent are we willing to sacrifice the materialistic gains of this temporal world, its money and glory, for the sake of defending human principles which is the essence of our existence and that differs us from other creations that are not bestowed with an intellect?  Many questions to ponder over and we are the ones to answer, in front of ourselves, in front of our conscience, and in front of our Creator.

NOTE: The views presented here does NOT apply to every American living in the US, it merely represents a general growing mentality which have manifested itself in deeds and actions by some Americans who have unfortunately misrepresented their land, their values, and their people.